The fallacy of the “white victim” is becoming nauseating.

After hundreds of years of white-on-black racism and oppression in South Africa, when anger is expressed against these injustices, self-serving whites who feel uncomfortable when confronted with the truths of South Africa’s racist past call it “hate speech” or “racism”.

Steve Hofmeyr bemoans the plight of white landowners who are murdered; he calls it “genocide” and rakes in newspaper column inches, yet the economic and structural violence of the South African agricultural sector receives barely any mention unless farm workers take matters into their own hands and go on strike.

White South Africans emigrate to Australia, New Zealand, Canada and the United Kingdom complaining that they can’t find work and that their sons can’t get picked for sports teams because of the colour of their skins, no matter how factually inaccurate these statements might be.

They were asking for R150 a day. How many white South Africans would work for that?

Farm workers are routinely beaten, raped or murdered in South Africa – just take a look at our court rolls – but white farmers hog the headlines with their claims of “genocide”.

It’s clear slavery and apartheid are still alive and well in South Africa; they are just obfuscated with the language of democracy now. 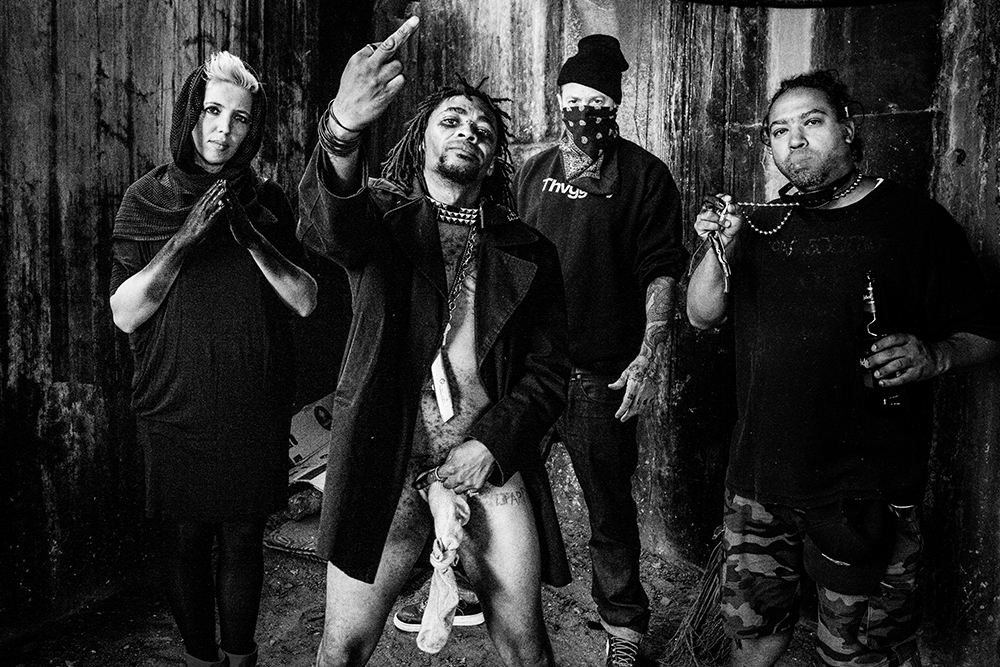 Afriforum have called the video “hate speech” and an “extreme form of racial prejudice”.

The song was written by Dookoom frontman Isaac Mutant as a reaction to the 2012 farm worker strikes in De Doorns in the Western Cape.

Opening with a banging beat from producer Human Waste and industrial-strength synths, Larney Jou Poes doesn’t hold back for a second.

Mutant appropriates the children’s gospel song Father Abraham, flipping its lyrics to talk about the relationship between farm owners and farm workers and the state of land redistribution in South Africa.

It’s a smart lyrical ploy that was bound to cause an outcry among South Africa’s land-owning class.

Never mind their “studio” – Mutant is touching them on their farm and their church, all within five lines.

The video’s chorus sees the group of farmworkers expressing their anger by repeatedly exclaiming, “Jou poes, my larney”.

In a later verse, Mutant spits, “Bra, remember you came here in 1652 / You a skollie too / You were fokken sentenced with a convict crew / You robbed and screwed the natives / Now who’s the savage?”

The video ends with a group of farmworkers burning the words Dookoom into the hill of a farm.

Mutant clearly understands the potential of his lyrics and Dookoom’s new video to cause offence. He addresses it in the song, when he spits, “By the way, who the fuck is you to call my frustrated ass a racist?”

As producer Human Waste points out in the City Press article, “We’re making a point about social injustice and the legacy of apartheid. If you’re offended by the video, then you are the problem.”

Clearly Human Waste’s comment is directed at organisations like AfriForum, which is quoted in City Press as saying it does not consider the song “a form of art”.

“It is an encouragement of racial hatred and a romanticising of violence towards farmers.” 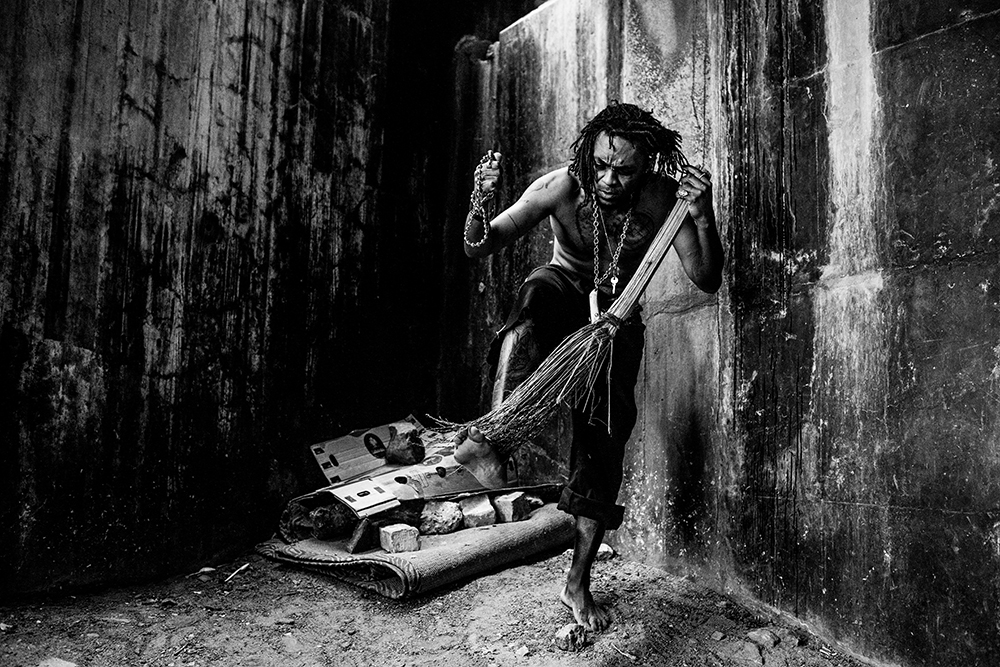 Mutant has family in Vredendal who come from a farm worker background, and so the strike in 2012 was personal and pissed him off.

His crew argue that their intention was never to incite violence, only to express the growing anger and resentment among farm workers.

They wanted the video and song to make people feel uncomfortable, like this political sentiment was no longer an abstract new story but was arriving on their doorstep.

In an interview with Rolling Stone magazine published in 2013, Mutant waxed lyrical about growing up with hip-hop in Cape Town under apartheid.

“That time was a beautiful time. It was a brilliant time for people that was in hip-hop, because it was apartheid, bra,” he told journalist Roger Young. “You know, fucking apartheid was a moerse fucking … it was a battle to fight, my bru.”

“You didn’t have time to think about ego and bullshit; it’s like make or break,” he said. “It’s a war, bru.”

When Young asked Mutant during the interview if hip-hop needed a power to fight, he responded; “People are realising something. I don’t know what, whatever it is. I think it is getting there again.”

“Look, man, it’s like a kettle that boils, bra,” said Mutant. “People are getting more angry now; we are identifying an enemy or fighting towards something.”

Clearly Mutant and his crew, Dookoom, decided to be the ones to stand up and say something about it first. 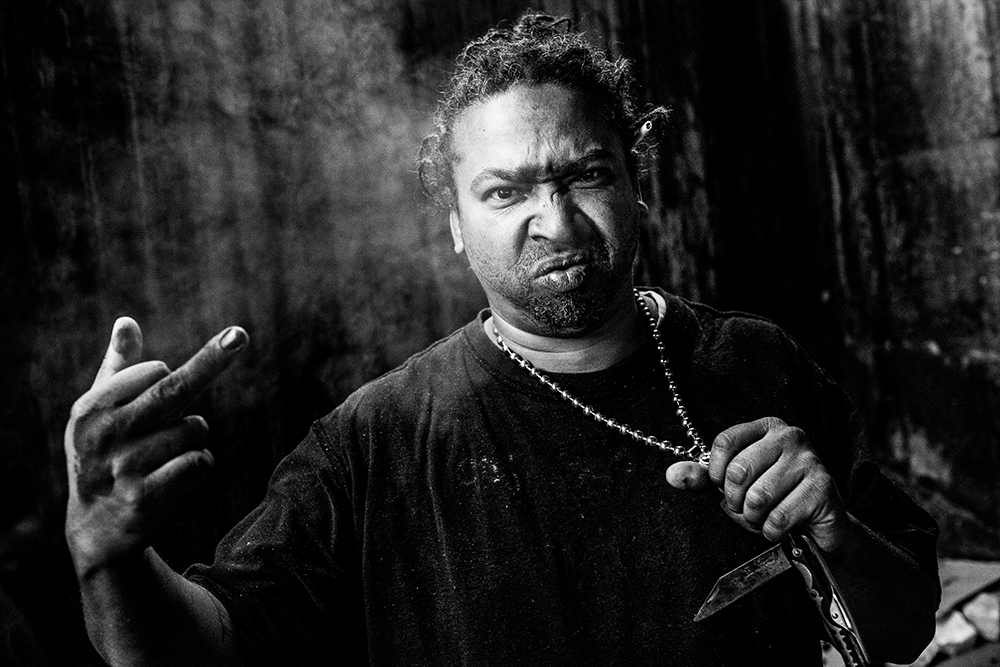 It’s clear Mutant has identified rising levels of anger and resentment at the structural legacies of apartheid, and that these are becoming more evident every day.

This is why removing the song Larney Jou Poes out of the context of Mutant and Dookoom’s larger body of work is so problematic.

When Brett Murray’s controversial artwork The Spear was removed from the context of his exhibition Hail to the Thief II, the ANC leadership made the issue all about an attack on President Jacob Zuma rather than seeing it as an attack on black South Africans.

Anyone who walked through Murray’s exhibition would have noticed his use of a male gorilla humping a female one, which meant to represent the party’s relationship to the people, with no regard for the racist use of symbolism like this in the past.

It was the lack of context like this that allowed white South Africans to defend Murray in the name of free speech, and politicians to make it into an issue about Zuma.

Similarly, stripping Larney Jou Poes from the greater context of the new Dookoom EP as a whole allows AfriForum to make this issue about black farm workers versus white farmers while ignoring the context of the structural legacies of apartheid in which it is set.

Take as an example the chorus of the song I Want You, also on the EP. “I was born in a dark space / Blood maze / Apart from rage / I’m the face of a part hate,” spits Mutant.

His smart wordplay, soundtracked by fuzzy distorted synths, smash-and-grab beats, and haunting backing vocals from Eve Rakow, is the clearest statement of intent on the EP.

When Mutant calls himself “the face of a part hate” – read “apartheid” – he is clearly stating that his lyrics are vocalising very real lived experiences of millions of black South Africans.

Dookoom’s new EP, A Gangster Called Big Times, is the legacy of the nightmare of apartheid writ large, sculpted out of menacing beats, aggressive synths and lyrics dripping with hatred, resentment and self-loathing.

It’s as if it has been born into this world to burst smug bubbles of privilege and to rubbish self-serving claims that “it’s time to just get over it”.

It speaks to a very specific lived reality of millions of South Africans on the Cape Flats, ravaged by the social ills of gangs, drugs and racism; and economic ills like poverty and inequality.

By calling Mutant’s work racist and hate speech, AfriForum is not only belittling his art because these truths make its members uncomfortable, it is disregarding the conditions black South Africans suffer daily.

Racism, inequality and apartheid are still writ large in South African life; they are evident in our economy, in the state of land ownership, in the delivery of basic essential services, in the conflict between poor communities and the police, in our media, in our courts and in our sports teams.

Dookoom calls bullshit on self-serving arguments that “it’s time to just get over it”.

Their music is a bombastic onslaught of home truths that make people uncomfortable by scraping at the raw nerves of a damaged and unequal South African society.

Dookoom make the audience stare into the terrifying face of apartheid and acknowledge that South Africa has a long road to travel before we can attempt to call ourselves a “democracy” or “post-race”.

The fact that Dookoom exist is not surprising. What is surprising is that it has taken 20 years for the sentiments expressed in their music to break through to a point where they are visible for all South Africans to see. 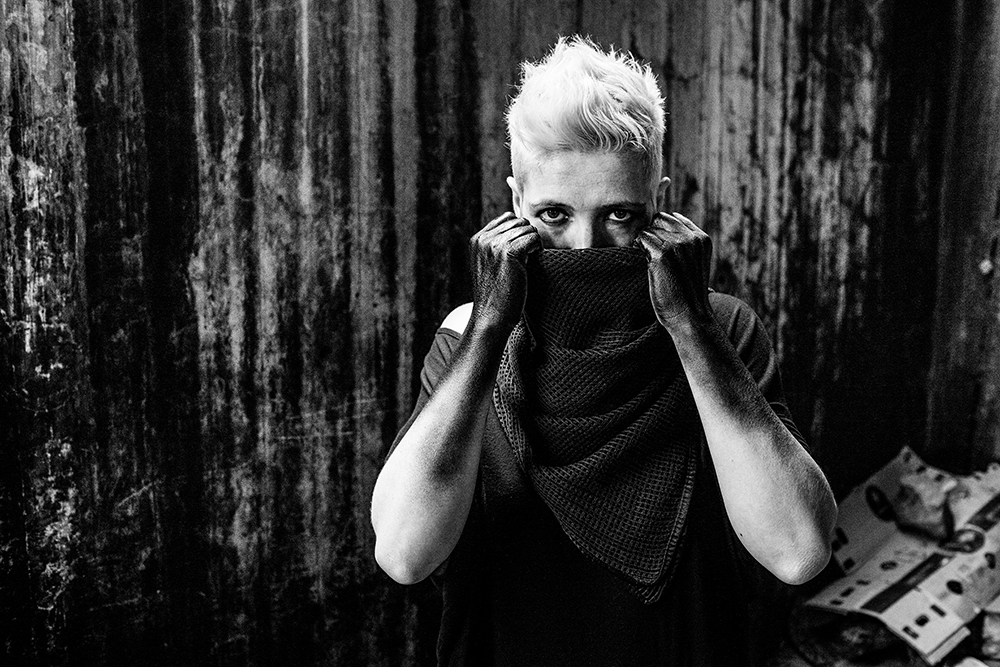 The track Electric sees Mutant turning his lazer-focused truth telling on himself,

“I’m septic / I’m an addict / I’m pathetic / I deny and accept it / I’m death wish / I get sick / My sexy is angry/ It’s electric,” raps Mutant on the chorus as menacing synths wail in the background.

But in the same song he turns his focus outwards, challenging those who have something to say about him and his art.

“And I’m about to blow a gasket on these fucking people / It’s like they live to see the day that I’m a lose my grip / Like my existence as an artist classifies me evil / And all these people poke their noses in my shit.”

As he told Young in the Rolling Stone interview, “Nobody likes to be preached to. The moment you try become a hero or a preacher, it leaves too much open spaces. So, what do you do? You become a villain,” he says. “Everyone loves a villain in a movie.”

“I’m not in a position to preach to anybody. I’m fucked up. I’ve been a gangster, you know. Currently I’m a Satanist, apparently, but it’s cool. Never be fucking boring,” he says. “I’m just naturally a fucken’ aggressive person. I’m loud and I look like I look all the time.

“It is extremely aggressive, but it’s just another language. Like, Cape Flats slang is just another tool. Language, words are just tools you need to bring this story across, because the background and the language that I speak and express myself in don’t define Isaac Mutant.”

On Die Slow, which begins with thumping, crisp percussion before the bass and synths take the song to the next level, Mutant Spits, “I am tired of life / I am tired of surviving / Gang fights with a knife / And I’m tired of laaities trying to fuck my wife”.

It’s clear that, as Mutant declares on Electric, he is a “damaged” individual, scarred and ravaged by a life of poverty, drug abuse and gang violence.

As he is quoted as saying in an interview with King Adz in his book My Mzansi Heart, “You know, bro, I was in a gang fight once and I saw a brasse rip out a guy’s heart with a screwdriver. A fucking screwdriver man.”

“It was after that I quit,” he says of his days running with gangs on the Cape Flats.

But Mutant refuses to play the role of the victim.

As he told Young in the Rolling Stone interview, “[In] South Africa especially, you have to be gangster in some or other way. White people, all the time, are gangster. That’s why they survive the way they do. Black people, they gangster – that’s why you know their tribes survive. Coloured people, the same fucking thing. South Africans are gangster. They have to be. Our police are fucking gangsters, the biggest gang in South Africa. If you lose that gangster, then you gonna become a victim, bra. You don’t wanna become a victim in this country ever, anywhere – even in Constantia. Gangster mentality is what keeps me alive.”

A Gangster Called Big Times is sure to cause controversy and offend many people, but it is a necessary and timely salvo in the ongoing debate of where our democracy is headed, 20 years in.

And South African hip-hop hasn’t sounded this vital and engaged in, like, forever. 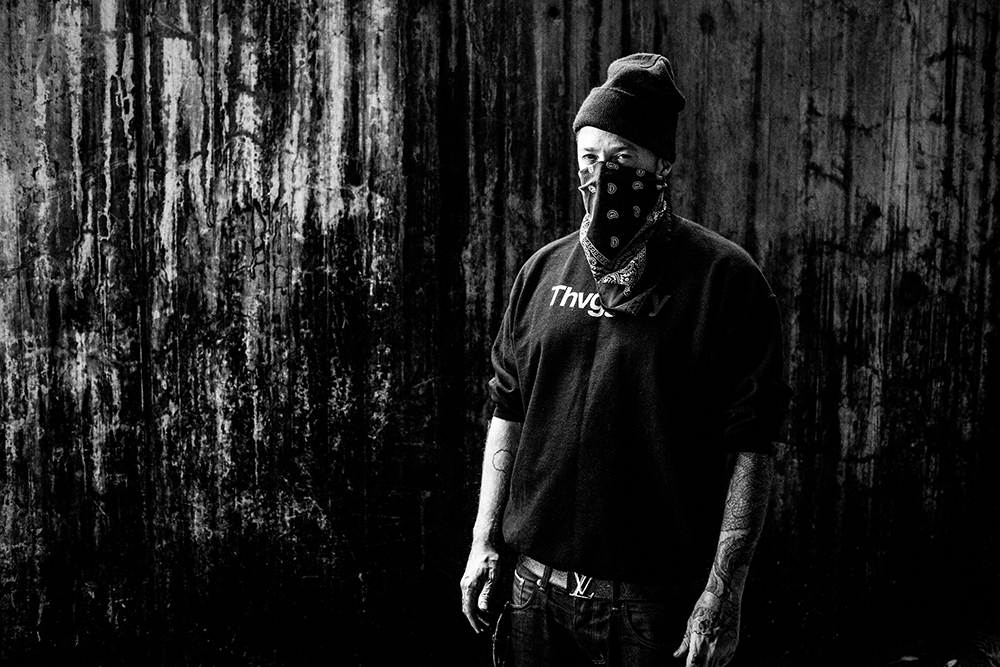 All Photos by Mads Nørgaard