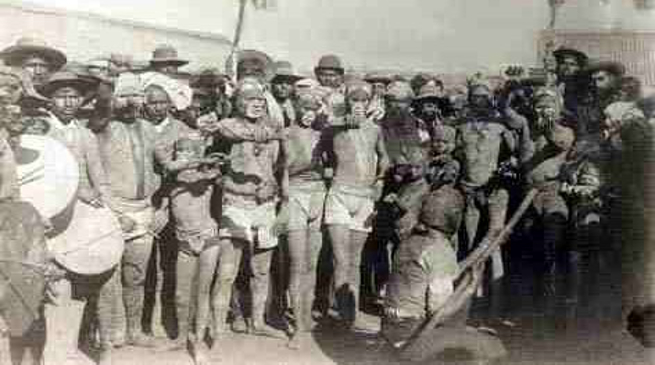 I am an African. A South African Indian to be more precise. A few years ago, after much research and determination, my father, almost 60 years old at the time, managed to locate the indenture number of one of his maternal grandmothers. This identification number, given to indentured labourers who boarded ships to work in the sugarcane fields of the British colony of Natal in south-eastern Africa in the 1860s, allows one, who is lucky enough to find it, to trace the village where an ancestor came from, and the port at which she must have left her homeland. The village was in a rural area near Madras.

My mother’s ancestors, as far as we know, came to South Africa from Nepal. The story goes that her grandfather was a Gorkha solider for the British army who was given land near Durban and grouped, under colonialism and apartheid, as Indian. A more precise history is yet to be discovered.

Last year, when I got a scholarship to study abroad, I chose to attend Jawaharlal Nehru University (JNU) in Delhi for a semester for political rather than social or cultural reasons. It was also an opportunity to visit India for the first time as a South African with links to India.

Arriving in India was quite an experience. From the first moment, I registered inquisitive looks, confused stares and general curiosity from auto drivers, street vendors, or shopkeepers and later landlords and classmates. At first, many insisted on speaking to me in Hindi. When I mentioned that I was from South Africa, the usual response, and one I would become very accustomed to was, “But madam, you look Indian.”

It was true, I looked Indian. As soon as I realised I would get less stares and inquiries if I went to Delhi’s Sarojini Nagar market and bought some clothes, used the few words I remembered from watching Bollywood movies, and learnt the Indian nod, I pretty much got away with being treated like a local. This meant taking auto-rides and buying goods at uninflated prices, buying the ticket for Indians at monuments, which was cheaper than the one for foreigners, and being allowed into some temples or mosques for Indian nationals only, something that my non-Indian looking, non-South African, partner was not able to do.

So it was not surprising that I came to overhear all kinds of conversations that those who had forgotten I came from a different continent engaged in freely around me.

In the classroom of a labour studies professor at JNU, whose course I dropped soon after, it was not unusual for him to use the refrain, “even in Africa…,” frequently. For instance, “Even in Africa more people use toilets than we do.”

It became apparent, on attending a few more of his classes that Africa was the lowest denominator against which progress and modernity could be measured. It was also not uncommon for many students to have conversations with me, which they assumed were progressive, about Africa and Africans that were based on crude colonial stereotypes of Africans as being close to nature, having a good sense of rhythm or even, and possibly the most colonial, having big penises.

While many of the students at JNU had an impressively extensive knowledge of their own colonial, independence and post-independence cultural, political, social and religious, and regional histories, as well as knowledge of western theory and philosophy, and were committed to an idea of Left politics that took ideas like South-South solidarity seriously, their knowledge of African social, political and cultural histories as well as present realities was limited.

Moreover, knowledge of the Indentured Labour System, and the thousands of people from poor agricultural castes in India who were rounded up and put on ships to work on plantations in Africa, the Caribbean or Fijian Islands was absent among many.

I found this surprising given the various ways in which the history of slavery, the experiences of African and Indian diasporas, and the work of intellectuals of the Indian diaspora in Africa, like Mahmood Mamdani and Issa Shivji to name a few, have contributed to the African radical tradition.

Moreover, the historic 1955 Bandung Asian-African Conference, widely considered the antecedent to the Non-Aligned Movement, focused particularly on how these two continents could relate to each other in a postcolonial future. More locally, there are several historic as well as present similarities and relations between the African National Congress and the Indian National Congress that allow for shared experiences.

Yet, I soon began to realise that for many Indians, my being South African was an aberration – a detail that they quickly erased from their minds, choosing rather to focus on the colour of my skin, which was brown and not black, and therefore more acceptable.

The price of ignorance

It is nothing new, even for those in South Africa and elsewhere, to know that Indians are generally obsessed with skin colour, preferring to use skin-lightening creams or bleaching products rather than remain dark-skinned.

However, it is an entirely different reality when it comes to ways in which black people are treated and rendered as “the other” in Indian society.

The violence that has been meted out to black people living in India is not just motivated by their preference for light skin, but rather by a set of deeply colonial racist tropes in which black people are the dangerous, criminal, hyper-sexual, and immoral others who disrupt the idea that many in India have of an imagined cultural homogeneity, that is fiercely policed.

It also presents African people living in India as a new phenomenon that has created a culture-clash, and ignores the many communities of Indians of African descent who have lived in India for centuries, and the many generations that are linguistically and culturally part of their communities.

When I was in Delhi, during the India-Africa summit last year, it was presented as an entirely new attempt to forge relations, including the cringe-worthy moment when the Indian Prime Minister, Narendra Modi, presented African heads of states with Indian garments, in apparent ignorance of the familiarity North and West-Africans have with fabrics from India from the 4th century.

In addition, the flourishing of African rulers, traders, musicians and artisans between the 14th and 17th centuries in the territory that would come to be known as India is an oft hidden history.

One cannot, however, tell this to the two or three policemen who regularly show up to collect bribes and instill fear at small places like the African Kitchen in South Delhi, where a Cameroonian woman makes delicious plantain and fish for the Africans in the area who want a bit of home cooking while they watch the football. They are made to feel like foreigners, whose mere existence is offensive.

Main Photograph: Indentured Indians arrive in South Africa in the 1800s to work the sugarcane fields

Camalita Naicker is a PHD Candidate at the Unit for Humanities at Rhodes University (UHURU) and the Department of Politics. She is generally interested in politics that transcends subjectivity and she is one of those people who believe anger is productive and hopeful. Twitter: @camalita_n View all posts by Camalita Naicker →