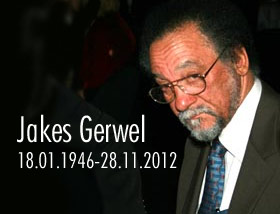 January 18 marks the birthday of the late Jakes Gerwel — an academic, intellectual, activist and non-racialist — who as vice-chancellor of the University of the Western Cape proved  a thorn in side of apartheid before going on to serve his country as director-general to South Africa’s first democratically elected president, Nelson Mandela. A man who his friend, the poet Antjie Krog, described as having ”loved the country more than it sometimes loved him”. The Con remembers a man whose quiet intellectualism seems almost antithetical to the noisy demagoguery that passes as contemporary politics in a country still learning to love itself.

Professor Gert Johannes “Jakes” Gerwel, who died of complications following heart surgery in November 2012, was a quiet South African, but one who thought and acted with nobility and courage.

This was clear in his visionary, successful attempts to transform the University of the Western Cape (UWC) from an apartheid “bush university” into the “intellectual home of the left” during his time as rector there in the 1980s.

It was also clear in his appropriation and subversion of the Afrikaans language against the dominant white racist paradigms in his academic work.

Whether on the barricades during the protests of the 1980s or as director general in the office of South Africa’s first democratically elected president, Nelson Mandela, Gerwel maintained, with dignity and a clarity of purpose, the realisation of a non-racial, egalitarian South Africa.

His friend, the poet and author of Country of my Skull, Antjie Krog, said of Gerwel: “South Africa has lost its most broad-minded thinker and its most loyal critic who matters. The man from Kommadagga [in the Eastern Cape] could bind in himself the force of the humble with the dream of the new; the importance of the complex with the power of the simple.”

In 1994, South Africa was a country of hope and promise. The moral rectitude and energy of a generation of leaders who had fought against an inhumane system promised a progressive, thoughtful future.

A ramrod as straight – in posture and philosophy – as his boss, Mandela, Gerwel was part of that new dawn as Cabinet secretary.

It was a moment far removed from democracy’s messy reality in 2012.

When Krog says Gerwel “loved the country more than it sometimes loved him”, it is difficult not to disassociate the statement from our current failures – whether in combatting corruption or in the rise of anti-intellectualism.

There is a sense that a South Africa dominated by demagogues and populists has stopped loving the thoughtful consideration of men like Gerwel.

Said Krog: “Around us today it is colder, more meagre, we are standing less anchored, less noticed, less loved and with less understanding of who we are.”

Gerwel was a deeply self-reflective and intellectually considerate gentleman regardless of whether he was having a languid chat about cricket – which he loved – or discussing government’s macroeconomic policy shifts in Cabinet.

He could be circumspect to the point of aloofness sometimes. It is a character trait that UWC rector Brian O’Connell suggests embodied “Prof” or “Jakes”: “Jakes was there, but wasn’t there; he was part of it, but wasn’t part of it,” said O’Connell, suggesting that Gerwel’s detached demeanour during debates or social gatherings could as easily be applied to his later-life roles, including that of chairperson of Media24, the mouthpiece of the Broederbond (an Afrikaner nationalist organisation) elite during apartheid.

“He had the ability to articulate crisply without a gesture – I don’t think Jakes ever made a gesture,” said O’Connell, who knew him since their student days at UWC in the late 1960s. He remembered former education minister Kader Asmal once describing Gerwel as a “minimalist” when it came to expressing emotion, becoming impassioned when arguing or “using adjectives”.

“We were discussing the possibility of Jakes delivering a Harold Wolpe lecture at UWC and Kader was adamant that we needed someone who actually used adjectives,” said O’Connell, laughing.

Gerwel was reserved, but was also possessed of a droll, dry sense of humour.

There is unanimity in one of Gerwel’s greatest achievements – the transformation of UWC from the ethnic, substandard university the National Party intended it to be into a vibrant intellectual centre for the Black Left in South Africa.

O’Connell said Gerwel attracted some of the foremost academics, insisted on academic excellence and provided novel ways of not allowing an apartheid education system to stand in the way of students’ development by introducing the idea of “epistemological access” and a lottery system for a percentage of first-year places at UWC because “he felt matric was not a true indicator of people’s potential”.

Gerwel served as chancellor at Rhodes University and the institution’s vice-chancellor, Saleem Badat, said: “Gerwel is a magnificent symbol of intellectual, academic, social and personal integrity, professionalism and specialist expertise, courage and human good. He leaves a powerful legacy of bold leadership, critical scholarship, commitment to social justice and a humane society, and social action towards these ends.”

Krog said: “Two passions made Jakes Gerwel the man he was: South Africa and Afrikaans.”

Premesh Lalu, the director of UWC’s Centre of Humanities Research, said Gerwel’s academic work positioned him as “the first post-colonial theorist in Afrikaans”.

“He was thinking critically about Afrikaans and about the meaning of ‘Black Afrikaans’ … He was asking questions of the language and thinking about the concept of the nation and its limits through language,” said Lalu.

According to Van Wyk, Gerwel’s work was “pathbreaking” and would later lead to “new work that was mindful not to cast ‘the coloured’ merely as ‘the jolly Hotnot’ or the farm hands in the background”.

University of Free State vice-chancellor Jonathan Jansen described Literatuur en Apartheid as “brilliant” and said it “showed how racial representation of black people in white Afrikaans novels (through 1948) undermined the humanity and dignity of oppressed people”.

For the young Gerwel, heavily influenced in the 1960s and 1970s by Steve Biko’s Black Consciousness Movement and the Marxist writings of Walter Benjamin, his love and appropriation of Afrikaans was a vehicle through which he embarked on a vital interrogation of apartheid’s construction of “coloured” identity. Gerwel was, intrinsically, a non-racialist and a humanist.

Krog said he “created radical and even confrontational reconciliation within Afrikaans. Reconciliation was never a sentimental issue for him, but a principled, thorough and visible change that should take place within the language itself.”

Jansen said Gerwel “was no language sentimentalist on Afrikaans, but could both critique its ideological heritage in white hands and yet elevate its historical richness in the shaping of South African society from its first inhabitants and the slaves”.

Krog also remembered his deep love of Afrikaans poetry: “I think Jakes knew all the poems of NP van Wyk Louw by heart. I would often text him a line from a Van Wyk Louw poem and he would immediately complete it. One day I went to his office and we read the whole long Louw poem Beeld van ‘n Jeug together and entered into a detailed discussion of it. As dusk was stealing into his corner office at the Rhodes Mandela building, he asked me to read the poem again for him. We sat for several minutes in the dark afterwards. Awed and blessed.”

Gerwel was much like the tortoise sculptures he assiduously collected in his home: quiet, sometimes seemingly oblivious – deceptively so – to everything around him, but always sharply aware, and with an incredible depth of intellect and empathy.

He is survived by his wife Phoebe, his children Jessie and Heinrich, and four grandchildren.

The Jakes Gerwel Foundation, which was created in his memory, has a strong focus on social development through the promotion of literary pursuits, which will be endorsed through the establishment of the Jakes Gerwel Literary Prize. The foundation is also setting up a writer’s retreat in Prof. Gerwel’s Somerset East home, which is a national monument. Cricket, which was one of his great loves, will be promoted through a community-driven Jakes Gerwel Junior Tournament in March this year. It will involve eight schools in the marginal neighbourhoods of Ravensmead, Belhar and Elsies River that will be managed and hosted by Tygerberg Cricket Club.

*This piece first appeared in the Mail & Guardian of 30 November 2012.

One Response to “Remembering a Quiet Son of the Struggle”