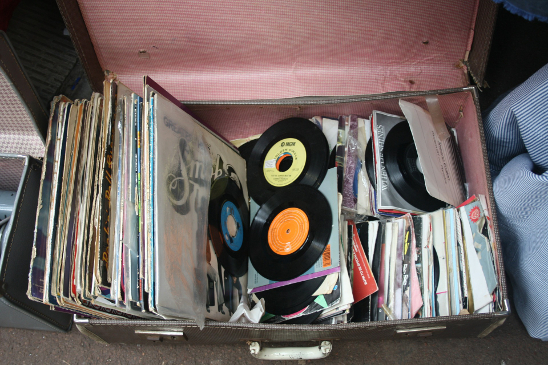 I hate having to tell people where I’m from. Home, like time I believe, is an unnecessary construct. By way of convention, Cape Town would be ‘home’ for me. I grew up there, my parents live there and I met some of my closest friends there. Put me there for more than a week, however, and I’ll be looking up the quickest available bus trip to anywhere else. It’s nothing overly personal really. I just don’t feel at home in Cape Town.

Similarly, Johannesburg is largely foreign to me. I live here now, physically and mentally (for the worse, perhaps), but it’s not quite ‘home’ either.
***
A friend of mine (someone I met in a small town I briefly called ‘home’) recently went to work and live in another country. I’m no good with instant messaging platforms like Whatsapp or Facebook messenger, and I’m far too awkward a person for voice notes and video calls so, in order to keep in touch with this friend, I began writing them emails.

We spoke like this for a while, sending each other updates and swapping stories every few weeks. They told me how they lived in a three-storey house and drove a rickety scooter to work, and I told them how Jo’burg was still all dust and concrete and looping sequences of both dread and inspiration. We spoke a lot about ‘home’ too. At least the concept of ‘home’. In one email, I recounted in equal parts nostalgia and relief, how when I had first arrived in Grahamstown, everything was overwhelming and terrifying and that when I first got off that cramped bus in Jo’burg, I felt exactly the same way. Right at the end of the mail I attached a final thought – how in both instances, it had been music that had helped me find stability, and more specifically, it was two very different pieces of music that gave clarity in those moments of uncertainty.
***

When David Byrne first wrote the lyrics to “This Must Be The Place”, the Talking Heads were still a youthful and impassioned bunch. Byrne had a way of writing that spoke so clearly to the artifices of home and our foolish attempts at trying to pin them down. He embodied a carefree but focussed outlook about the world. He spoke to the kind of lifestyle you’d read about in Cormac McCarthy novels about cowboys who’d unsaddle their horses in some dry, far-flung piece of land and settle there for a while before moving on to nowhere again. Or perhaps he was reflecting on his own time of uncertainty – that sketchy period between leaving home to pursue a pipe dream and finding himself in sold out venues with chart-topping albums. Either way, he nailed it.

There are two versions of the song that I play endlessly. The first is the original where Byrne’s voice sounds out with a resounding sense of longing, fused with a youthful sort of optimism. You can hear it best on the lines “And you’ll love me ‘til my heart stops / love me ‘til I’m dead.” It’s a perfect bit of pop lyricism – easily digestible and romantic enough to make you want to play it to the one keeping you warm at night. But the way Byrne sings it – a howling that really tugs at the heartstrings – speaks of a person unable to find comfort in themselves or in any physical space, really. Home, then, for Bryne at least, can only be a person.

The second is the reprised version by Byrne, without the rest of the Talking Heads. He’s backed by an orchestra that deftly replace high, plucky guitar strings with slow, emotive strokes of the violin. In this version of the song, Byrne is a wildly different vocalist. He’s old now, and scared too. And although he’s tiptoeing along those same lines he wrote so many years ago, his voice shakes and trembles along them to brilliant ends. Revisit those same lines “And you’ll love me ‘til my heart stops / love me ‘til I’m dead” and you’ll hear the fear and the deep sense of longing in them. All these years later and he still has no idea where home is or what it is, and it almost seems as if he knows he’s running out of time now.

I enjoy these songs all the more for their uncertainty and their hopelessness. They remind me that there’s really no such thing as ‘home’, and nobody you know is any closer to finding it than you are. And in that understanding, lies a great sense of comfort.
***

It was through The Brother Moves On that I became introduced to the music of Itai Hakim. Towards the start of 2016, a friend shared a link to the Popsicle Studios performance of ‘Ni Songo Gela’. I played the song to death for a good few weeks and still, I couldn’t grow tired of it. I’d listen to it most intently after a long and tiring day or when Jo’burg had, for the umpteenth time, knocked me down and reduced me to a lost and self-pitying sap.

A few months later I came across the stripped-down version by Hakim through his SoundCloud. And while it may lack the hair-raising harmonies and resounding jazz sections towards the end, it puts forward a raw and deeply intimate version of itself – the gritty, over-saturated recording quality, the warm plucking of strings and how they seem to bounce around the room and sink into the walls before fading away, and the high, frantic finger work towards the end. The song, Hakim tells us, is a tale of caution – a direct translation from Tshivenda to English being ‘don’t get lost or don’t lose your way’.
***
I still play both of these songs at least once a week. I haven’t decided if it’s a ritual of sorts or just another bad habit, but it’s one that I enjoy. Johannesburg still isn’t home, Cape Town remains undesirable, and Grahamstown harbours too many rotten memories. Music, in its many, many versions, is at least moveable.

Dave Mann is a freelance writer who grew up in Cape Town, but found a home in Grahamstown where he studied Journalism and Media Studies at the university currently known as Rhodes. Now he’s not really sure where home is, but as long as he’s writing about the South African arts scene, he’s happy. When he's not writing, he's editing for Ja. Magazine. Follow him on twitter. View all posts by Dave Mann →