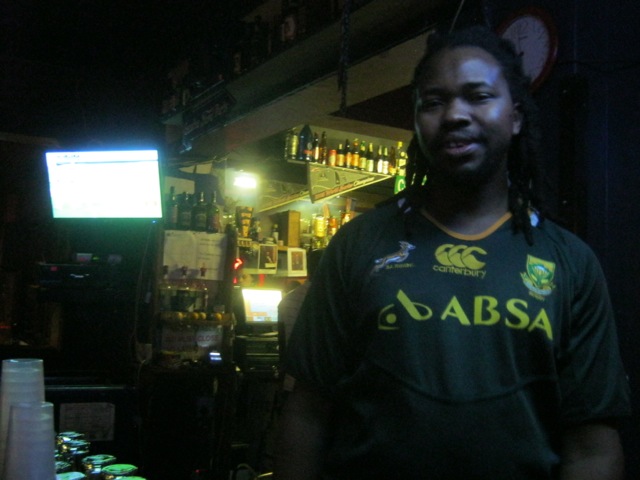 A stalwart of the Johannesburg live music circuit, the Bohemian, closed down last weekend, The Con was there for one last gig

As I stumble up to the gate that is the entrance to Johannesburg’s Bohemian, I am greeted by the toothy smile of Eddie, adorned in his Springbok rugby jersey. His long dreadlocks surround his face as he leans forward to shake my hand. Usually you can find Eddie behind the bar at “The Boh” as it is known; tonight he is keeping the doorman company. We have known each other for years, sharing conversations as he served me pint after pint. 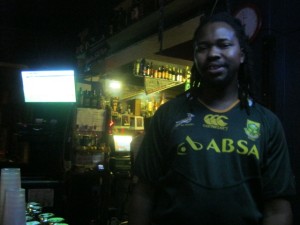 Eddie, a barmen at the Bohemian: by Lloyd Gedye

It’s R40 to get in tonight. R40 for four bands, pretty standard fare for the Bohemian, except tonight is the last time live music will grace this grimy bar. By the time you are reading this, the Bohemian will be no longer. What does this mean? For starters Johannesburg has lost one of the pillars of its live music scene. You know all those South African bands and artists that you love so much? Ever wondered where they probably got their first show? The answer is likely to be the Boh. In that band room, I have seen the BLK JKS as explosive kids with a grand vision before anyone would give them a chance, never mind a gig. I have witnessed the Jim Neversink Band decimate an audience with its hold on country-punk, sometimes twice in one week. After all Jim Neversink himself is a one time barmen of the Boh. I’ve seen Afrikaans metal-rockers Kobus! destroy the place, sending the metal heads scampering for safety on a most ferocious of nights.I have seen Afrikaans Industrial pioneers Battery 9 angle grind old drums and take pot shots at Die Antwoord from that stage and I have witnessed The Buckfever Underground literally blow the power in this den of live rock ‘n’ roll. One minute enigmatic frontman Toast Coetzer was saying something about chicken, next minute there was pitch blackness and dead silence. 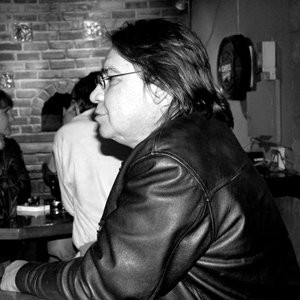 A friend of mine, who goes by the name Steak, used to joke with me about how the Bohemian was Johannesburg’s answer to The CBGB – that legendary New York music venue that spawned major careers for the likes of The Ramones, Talking Heads, Patti Smith, Television and Blondie. Well if that is true then Wouda Rosenzweig was the Bohemian’s own Hilly Kristal, the owner of the iconic New York City club, which opened in 1973 and closed in 2006.

Rosenzweig was the night manager and booking agent at the Bohemian in Richmond for many years and he too gave many important South African musicians their first start on their quest for glory. He passed away in September 2010 and to be honest The Bohemian has never been the same since.

So while this last night at the Bohemian was something not to be missed, the Boh has been slowly dying a sorry death for all of us who had grown fond of the place. There is no way the Bohemian that drew to a close this past weekend could lay claim to the fact that three or four times a week, you could watch a cracking band live in a shitty, grimy pub. The only time the Boh could lay claim to that fact was when Rosenzweig was at the helm. I think back to the heady years of 2006 to 2008. On a Wednesday you could watch Riku Latti and Radio Lava on stage, on a Thursday night The Buckfever Underground, on the Friday Jim Neversink and on the Saturday The Diesel Whores, it was a pure rock ‘n roll excess. Considering this also timed perfectly with my subsequent divorce, it probably explains why I grew so attached to the place. 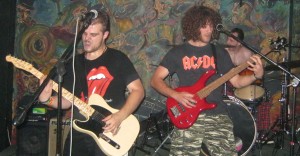 The Carniwhores were the last band to play legendary live music venue, the Bohemian last Saturday: by Lloyd Gedye

On this night of the Bohemian closing, Rozensweig weighs heavy on my mind, especially as I sit through the bland mediocrity on stage. Shortstraw were boring, Jet Black Camaro are middle of the road grunge-rockers and The Carniwhores are just shit. I sit in Wouda’s favourite spot in the alcove between the band bar and the pool bar, watching the mayhem unfold. I remember catching him in the men’s toilet scrawling a fresh batch of graffiti on a newly painted wall. I can’t help chuckling at the thought. This place has a lot of memories. I met most of my best friends here. In fact three of my best friends in the world are sitting right next to me as we drink beer in this bar where we met and have shared so much time. This is also the very bar where the name for this very publication was conceived, over pizza, beer and whiskey. Phone calls are made to Steak in Mossel Baai as he drinks in solidarity from afar. In the background former housemates, girlfriends, pool partners, drinking buddies and casual acquaintances line the bar. 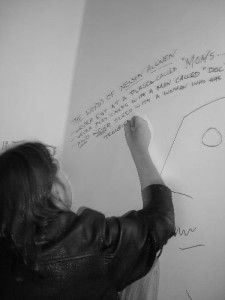 Back in the day: Wouda Rosenzweig laying on the graffiti on a freshly painted bathroom wall: by Lloyd Gedye

The beer starts running out, soon you can’t get what you want, it’s “what is left Ozzie?” Ozzie a muscular barmen from Zimbabwe, is another friend. It’s weird to think that tomorrow I won’t be able to sidle on in here and greet Ozzie or Eddie and sit down to a beer as we talk shit about that’s happening in South Africa and in the world. I won’t be able to ask the waiter Fannie to get me a beer from the bar and, in the chaos that is an unfolding gig, he will get it to me, still ice cold, through hundreds of people. But no one here is really admitting any of this tonight, everyone is going through the motions, one last time, for old times sake. Tomorrow is a day for mourning.

Update: On Sunday the Boh was reported to be still trading, but at 8.38 that night, there was only rum, gin and Frangelico left