It could be as late as 2015 before South African consumers can expect any new protection from the pharmaceutical industry and its practice of “evergreening”.

Evergreening is the industry term for a practice where pharmaceutical companies lodge modifications of existing drugs to secure a new patent, thus guaranteeing a new twenty-year monopoly and fighting off generic manufacturers.

Ncwana said that the draft intellectual policy is complete and should be presented to Cabinet sometime this month. However a lengthy public consultation period must follow cabinet’s approval and only then can the department begin work on drafting the amendment bills needed to turn the new policy into law.

Ncwana says the draft policy includes a patent review system, where a patent can be opposed, which has been a hotly debated topic recently following a landmark decision in India’s Supreme Court.

Stakeholders have called on the department to act quickly. “South Africans are missing out on affordable versions of life-saving medicines because generic competition is blocked by frivolous patents that prevent or delay generic competition,” said Julia Hill of Médecins Sans Frontières'(MSF) Access Campaign in Johannesburg.

Hill was commenting on the Indian Supreme Court ruling that threw the proverbial cat among the pigeons two weeks ago. The court ruled that Swiss pharmaceutical company Novartis could not secure a patent for its cancer drug Glivec, which is patented in about 40 countries, including South Africa.

Novartis had been accused of what the industry terms “evergreening” where a pharmaceutical manufacturer changes a few minor ingredients of an existing drug as a way of getting a new patent and an effective new 20-year monopoly on that drug, protecting it from generic competition.

The Novartis case has been ongoing for seven years now, but finally the matter has been settled: The court ruled that making minor tweaks to existing drugs is not enough ground to secure a new patent. It reinforced the legality of section 3(d) of India’s patent laws, which prevents patents for modifications to existing drugs.

In South Africa, Novartis’ patent on Glivec expires this month. Unlike India though, Novartis has already secured a patent for a variant of the drug.

Said Hill: “As South Africa’s new patent law is drafted, including provisions similar to India’s Section 3(d), and implementing a patent examination system will better ensure small changes to existing medicines do not warrant new patents that keep them out of reach of those in need.”

Hill said the Indian court ruling was “exciting” and should act as a “wake-up call” to South Africa: “India is protecting consumers, while South Africa’s patent law is lacking,” she said. “In India patents are examined, in South Africa if you file, you will get your patent, unless it is challenged in court.”

“There are also other measures that South Africa could take,” said Hill, adding that compulsory licensing, where a generics manufacturer produces a generic of a patented drug and pays a royalty to the patent owner, is one option. 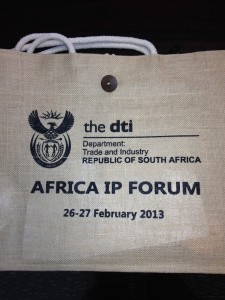 Aspen Pharmacare senior executive Nicolaou Stavros said the generics manufacturer believes in a patent system: “What is happening with cancer drugs is probably what happened with HIV drugs a decade ago,” said Stavros.

Stavros said that prices and patents in HIV were dealt with through voluntary licenses and developing second brands for multinationals. He said that it used to cost about R552 000 to treat an HIV patient per year. When a generic HIV cocktail was launched in South Africa in 2005, the cost had come down to R2760, today it is R1288.

“I don’t think weakening the patent system is the way to go,” said Stavros. “It’s far easier to negotiate voluntary licenses instead of breaking patents, instead of chasing away foreign direct investment – it pays to be practical.”

In a statement released this week Novartis pointed out that it has never been granted an original patent for Glivec in India. “We strongly believe that original innovation should be recognized in patents to encourage investment in medical innovation especially for unmet medical needs,” said Ranjit Shahani, vice-chairman and managing director of Novartis India Limited.

He added that the ruling was “a setback for patients that will hinder medical progress for diseases without effective treatment options”.

“The primary concern of this case was with India’s growing non-recognition of intellectual property rights that sustain research and development for innovative medicines,” said the Novartis statement. “As a leader in both innovative and generic medicines, Novartis strongly supports the contribution of generics to improving public health once drug patents expire.”

It’s clear that everyone has different interests in this matter, but when the price of a cancer-fighting generic drug costs R1206 to treat a patient in India for a year, while in South Africa, due to patent laws, the same drug costs 259 times that at R312 234, the severity of making sure South Africa’s patent laws are best practice is evident.