Talking About A Revolution, the opener of Tracy Chapman’s eponymous album, is over in something like two and a half minutes. A fist pumped full of energy, it describes the jubilant moments of standing at the precipice of unprecedented change.

In 1988, when the album came out, the same year of Nelson Mandela’s 70th birthday, it seemed like Chapman had penned the song in direct reference to what was taking place in Namibia and South Africa.

But even as Chapman’s lyrics seemed to endorse the sweeping regime changes in Southern Africa, there was a universality about them, a concern about humanity’s reliance on “the alms house” syndrome which suggested that maybe she was talking about the agency of the poor rather than making pointed statements about the death of apartheid.

But as you ponder the song’s layered message, it ends.

What follows next is a towering example of the artist’s songwriting abilities. Fast Car is, in many ways, the centerpiece of the album, the confluence of the artist’s thematic preoccupations; the most subtle yet most powerful expression of her political ideology.

Using the car as a symbol of class mobility, Chapman weaves a sorrowful tale of working class struggle, reversed gender roles and a faltering relationship – all in the space of five proper verses and a few choruses.

At once a feminist paean and a sad love song, it’s also a tale of swimming in a cycle of poverty. By the time we get to the fifth verse, where our protagonist is settled into a life of domestic dysfunction, her unfulfilled dream begins to echo her mother’s helplessness. 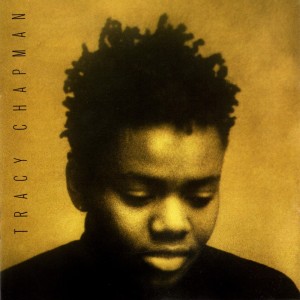 Elsewhere, Chapman is direct. Across The Lines, a bare, foreboding track propelled by brush drums and her acoustic guitar (much like the previous song), evokes that timeless American scourge: the race riot.

Chapman sings it with pitch perfect weariness, speaking of an America of yore and one that still awaits. In hindsight, it is a quintessentially American song, coming as it did four years before the Los Angeles riots and more than 70 years after the East St Louis riots, feared to have led to the deaths of approximately 200 black people

The a cappella, domestic-violence chronicle that is Behind The Wall, is among the finest demonstrations of vocal tone as a narrative tool. In the quiver of Chapman’s voice, you feel the victim’s fears for her life as the police tell her they can’t “interfere in domestic affairs between a man and his wife.”

Her pitch lowers as the policemen walk out the door and “the tears well up in her eye.” But in the last lines of the next verse, the singer evokes the finality of the situation; the betrayal of the woman by the system meant to protect and the nonchalance of the police officers – all by using the lilt of her voice and the drawing out of syllables, specifically in the line, “I think we all could use some sleep.”

By the time the Top 40 sheen of Baby Can I Hold You hits, with its motel chic and middle-America diner appeal, it’s a welcome respite from the heavy going, but only for three minutes. What happens next goes straight to the vulgar heart of consumerism, its capitalist fuel and our complicity in it.

Mountain O’ Things is, lyrically, an equal to Fast Car. But instead of observing a couple getting sucked in by the American Nightmare, we see the other side of the coin, maggoty privilege feasting on its own gluttonous corpse.

Chapman’s protagonist gets swept up in a daydream, like the slave trying on her madam’s clothes. The percussive track that propels this epic daydream is wispy but ultimately dark. Fitting, as behind every fortune lies genocide and behind every dream lies a desire to be. Thus, both slave and master are doomed by the same system.

Redemption, for the working class it seems, is only open-ended, that tangible but fleeting moment of open skies, where everything is given up to hope. She’s Got Her Ticket celebrates this moment of searching for a place in the sun, a place not guaranteed. It’s faux-reggae lilt places its context in the perennial migration hub of the West Indies, with its immigrants spread out all over the ghettoes of the US and the UK.

Why?, while not a misstep, is an example of Chapman’s power lying not in polemics, but in observations and storytelling. Without a protagonist she flounders, hanging on to a soapbox.

That the album starts with what is ostensibly a dedication to the anti-apartheid struggle and ends with a trio of love songs, suggests a hierarchy of concerns for the artist. But even as she deals with love, it’s never simple or resolvable. In For My Lover, If Not Now and For You, reason, timing and vulnerability are the respective, predominant threads. Even when dealing with the personal, Chapman is preoccupied by, or subservient to, the meta-narrative of redemption.

In 1988, over the course of 11 songs, she sought to share with us that search for human redemption by marrying honesty to the unlikeliest of mediums – the three-minute pop song. Listening to it now, it is a bittersweet reminder of the optimism we once inspired as a nation, and the hollow shell of our former selves that we now inhabit.