Bristol’s lost golden son, Tricky, AKA Adrian Thaws is back, for real. In the last few weeks, Tricky has released a number of singles and EPs, teasers to his new album and record label that share the same name False Idols. The good news is that the new material sounds really great. False Idols sees an official release on May 27 this year, however the tracks Nothing’s Changed and Does It, have already seen the light of day as the album’s debut singles. 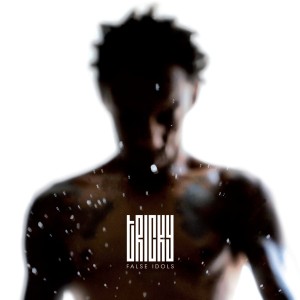 Nothing’s Changed sounds like classic Tricky, it even cleverly repurposes lyrics from 1996 Pre-Millennium Tension’s Make’s Me Wann Die. “Follow  where Mary  goes/ Cherish  the things she  knows/ Says if  I change my  stride/ Then I’ll  fly” But then the songs breaks into its own stride, “Nothing’s Changed, Feel the same”. Indeed Tricky, indeed. Is the joke on us? Does It is a down-tempo, menacing piece of work, with vocalist Francesca Belmonte repeating the lyric, “This will be a swift decline / I wouldn’t be caught dead in line”.

“I was lost for ages,” says Tricky talking about his new album. “I was trying to prove something to people, trying to do something to please other people and also myself at the same time, which is never going to work.” “To be honest with you, I’ve been floating around since Chris Blackwell and Island.” Pretty honest and candid stuff from the dark prince. “My last two albums, I thought they were good, but I realise now they weren’t. This album is about me finding myself again.” 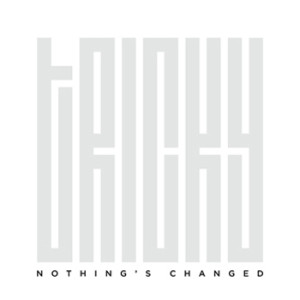 Tricky says the light-bulb moment came when he was sending demos to a friend. “All the songs, which were easy for me to write, which I wrote in two hours, he sent me a message saying, ‘This is why I loved you in the beginning.’ The stuff that I’d thought about more, that stuff he was like, ‘It’s ok, yeah.’ So then I knew. It brought me back to my natural instincts.” “Of all my records, the majority of people are into Maxinequaye,” says Tricky. “That’s because it was a time and a place. Maxinquaye was a part of their life. Some people say it was the soundtrack to their youth.” “You can’t challenge that. But musically this is a better album,” he says. “Of course I know that people might not agree with that.” 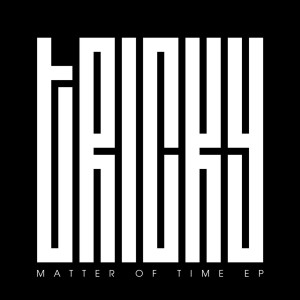 The new album features guest artists, many of whom are signed to Tricky’s new record label like 24-year Londoner Francesca Belmonte and Fifi Rong. Besides the two new songs that have seen the light of day, Tricky has also released two EPs, which contain non-album material, and tracks by his freshly signed artists that Tricky produced. The first is titled Matter of Time and the second is the False Idols Label Sampler EP. Commenting on the album and label name, False Idols Tricky says, “Because there’s so much bollocks going on at the moment.” “People follow celebrities and read every little thing they do. It’s living vicariously through someone else.” “Get your own life. All this stuff is false idols. That’s what helps keep the status quo.” “I signed to Island because of the artists and some of the stuff they’ve done—Bob Marley, Tom Waits. Who could I sign to now? Am I going to sign to a label because they’ve got Lady Gaga? I don’t want to be part of that bollocks music industry. I’m trying to bring that Island kind of thing back. Obviously False Idols is never going to be an Island Records, but it’s my way of trying to keep that part of the music industry going.” “This new album, I’ll stand behind every track,” Tricky says. “I don’t care whether people like it. I’m doing what I want to do, which is what I did with my first record. That’s what made me who I was in the beginning. If people don’t like it, it don’t matter to me because I’m back where I was.”

Nothing’s Changed and Does It are now available on iTunes for download.

You can watch the video for Does It here