First Honest Jons went crazy for Shangaan Electro and know it’s boutique dance label Jialong’s turn. The  label run by Dan Snaith, the mastermind behind last year’s fantastic Daphni record and the band Caribou, has cottoned on to the Shangaan Electro Styling’s of South Africa’s Richard Mthetwa AKA Nozinja. Jialong recently released two tracks Heke Heke and Hoza, under one of Nozinja’s monikers Xitsonga Dance. The Con caught up with Snaith to chat about Nozinja, Shangaan Electro and his Daphni record. 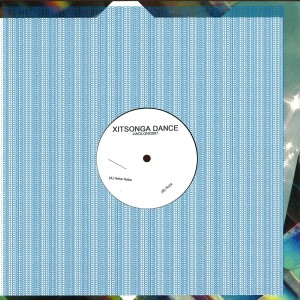 What was your first impression when you heard the Shangaan electro songs of Nozinja?

Hearing it for the first time it was completely without precedent. I guess I probably heard it and saw videos of the dancers at around the same time and the whole thing seemed so different and exciting and – due to my ignorance – unconnected to any musical tradition that I knew.

Could you reference it against any music you were more familiar with?

No. I think that’s part of what made it so successful with music fans in the UK/Europe was that it didn’t seem like a variation on some type of music that listeners were familiar with. It seemed genuinely new. Not only that though – it was simultaneously so strongly rhythmic and melodic that it was immediately accessible. It’s music that pleases both the most serious muso and that you can give to your aunt as a birthday present. I’ve bought lots of copies of the Honest Jons compilation for presents for all different kinds of people.

How did you come across it?

I suppose it would have been from some news story online which would have led me to clips of the music and the videos at which point I immediately bought a copy of the first compilation.

What made you want to release the music on your label?

Nozinja’s the first person whose music I’ve released who I didn’t know personally previously as a friend. I’m not running the label as a business – just as an outlet for music of my friends that doesn’t have another home and music that I’m really fanatical about. Nozinja’s music fits into the latter category. I’m such a fan of his music it felt like a great honour to be releasing his music. 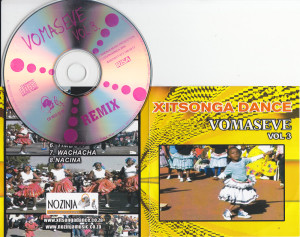 How did you go about choosing the songs for release?

There was a selection of songs sent from Nozinja via his booking agent in the UK, who I’ve known for some years. Heke Heke and Hoza were favourites of the ones that I heard but I also want these kinds of decisions to be up to the artist involved. I’m happy to express opinions as an ‘A&R’ type character but ultimately it’s up to Nozinja – in discussion with Mark who brought the music to me.

Tempted to have a go at editing or remixing something like Shangaan Electro?

I was asked actually by Honest Jons when the started doing their series of remix 12″s. Normally I am not keen on remixing but this time I would have loved to have done it. We were away on tour and I couldn’t make it happen which is a big regret. Now that so much has been done with remixes of Shangaan Electro music, I think the boat has sailed. It’s time for people to appreciate more of Nozinja’s unreleased (at least in the UK/Europe) music. 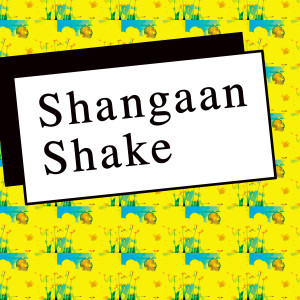 Honest Jons release of remixes of tracks from Nozinja’s label

How familiar are you with the history of Shangaan music, have you heard examples of early Shangaan music on guitar and percussion or the disco era where synthesizers were introduced?

Not that much as you can probably tell from my ignorance above – since buying the music that has been released and reading the liner notes and various interviews online I started to get a better picture as to how it has evolved but it still very much seems an evolution that only seems continuous if hear the music developing over the years rather than coming to it after the fact.

What responses have you had to the release?

It’s been interesting because Jiaolong is generally a ‘dance music’ (in the contemporary European/North American) sense label and so people are buying the records in order to play them in clubs which isn’t necessary where Nozinja’s music has fit in before (despite the remix series which suggested that connection)… even though of course the music is dance music in every sense. I like that just on the basis of tempo alone it’s a challenge to your typical house or techno music DJ who thinks strictly in terms of what BPM music is. I have a list of producers that I send digital promos too and I got a great response from a really diverse group of people. One of the first people to get back to me was Colin Greenwood from Radiohead who loved the music and was coincidentally about to head to South Africa with the Children’s Radio Fund. He shared it on his blog about the trip and on the Radiohead website which I’m sure would have spread it to people who would not have heard it otherwise. It’s been really encouraging the way the first 12″ been embraced by dance music buyers over here who are used to dance music having pretty rigid parameters. 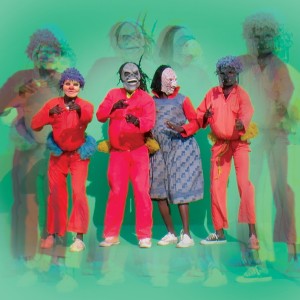 When did you first get interested in African music and what where you listening to then?

I’ve been a record collector since I was a teenager and I think my first experience around that time was buying ‘field recording’ records from labels like Nonseuch, Playasound, Ocora, with recordings of African folk music. There were so many new timbres and instruments that really intrigued me. In the 15-20 years or so since then there has been so much great African music that would have been difficult to hear otherwise that has been reissued or posted on blogs. It’s been truly incredible.

There seems to be a lot of electronic music producers who are working with African music lately, why do you think we are seeing this trend and what do you make of it?

I think it’s due to a genuine excitement on the producers’ part because of the exposure African music of all kinds is getting. That’s the case for me anyway. It’s interesting because when African music started to filter into the popular consciousness in the 80s it was a very limited spectrum and that’s what people were led to believe was ‘African’ music. Now the breadth and depth of the music that’s being made available again is really opening peoples’ eyes to the diversity of music from the African continent. That can only be a good thing. I’m aware that European/North American producers absorbing and influences from African music has a long and troubled pedigree. It’s problematic in that sense and I think there are artists that approach it in ways that vary greatly – from the offensive to the mostly benign. From my perspective it’s important as much as possible to avoid tokenism and really spread an understanding and appreciation of African music of various kinds. That’s part of why I’m so happy to be able to release Nozinja’s music – to get people to see it in a multifaceted way rather than just thinking ‘Oh, that’s World Music’.

Your Daphni album drew heavily on African music, was this a deliberate strategy or more self-conscious?

Subconscious – it was because of the excitement I describe above. A lot of that music was never really intended for release and so the African music elements were incorporated in the same way that a DJ would mix disparate elements… after all that’s what that music was made for… to be played in my DJ sets. Again though I’m glad it afforded me a way to spread Cos-Ber-Zam’s music and point people to the label Analog Africa that does a fantastic job of reissuing African music the right way – with the permission of the original artists, etc. 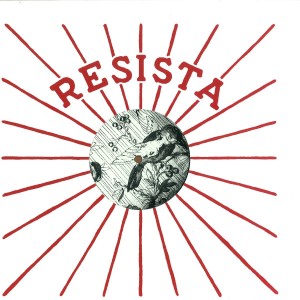 We love the edit you did of Mapfumo, tell me a bit about doing that edit?

It’s a song that I loved so much and just wanted it to go on and on forever so that I could play it for 15-20 minutes in my DJ sets. I really didn’t do anything substantial to the song it was just done in the spirit of homage to what is one of my favourite songs (and artists – almost any of the songs on his first few albums could go on forever in a similar hypnotic way).

Now that Daphni is out, does that mean back to Caribou, or is that on hiatus at the moment?

Yes – I’m back in the studio now working on a new Caribou record. No solid plans but hopefully sometime next year.

Any chance of seeing a Daphni or Caribou show here in SA?

I really hope so. I came and did a Manitoba gig way back in 2002 when it was just me and a laptop in a warehouse space in Cape Town but we’ve never been able to get back. Next time I hope. We’re just waiting for an offer! Although it won’t be until there’s a new album as we’re on touring hiatus.