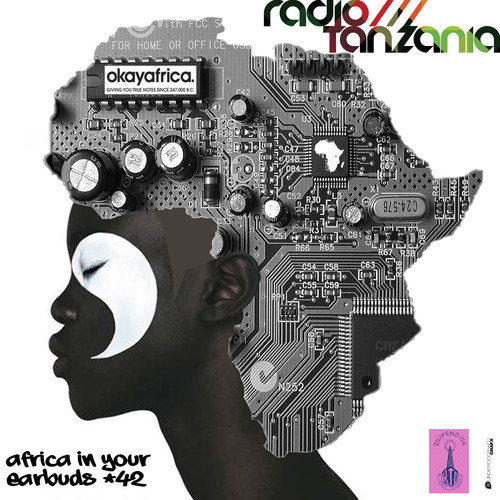 Today The Con is drawing your attention to a great new mixtape from Radio Tanzania, which was recently made available via Okay Africa‘s Africa in Your Earbuds Mixtape series. The Tanzanian Heritage Project is an NGO dedicated to preserving and celebrating the musical heritage of Tanzania, with a particular focus on the archive of Radio Tanzania, the former state-controlled station that ruled the airwaves for 30 years after independence in 1961.

According to David Tinning, who is behind the project and made the mixtape for Okay Africa, “The archive holds an estimated     19 000 reel-to-reel tapes, at least half of which are made up of unique recordings of bands and musicians made in Radio Tanzania’s studio, and solely for broadcast on the now defunct station. “Much of this music is musiki wa dansi – literally ‘dance music’ – a big-band style drawing influence from Congolese soukous and rumba, while remaining definitively Tanzanian. Also known as zilipendwa (the loved ones), and Swahili jazz, dansi was incredibly popular in the 1970s and 1980s as an urban music style loved throughout the region.”

Tinning continues: “Africa In Your Earbuds #42 is made up primarily of 7″ dansi vinyl found in a dusty store in Dar es Salaam, released on Kenyan labels such as Saba Saba, Moto Moto, African, and one imprint (Kwetu) from Tanzania. A couple of Congolese tracks also feature, but on the whole, its focus is the sound of Dar in the 1970s, and a good representation of what the Radio Tanzania archive holds. Dansi tracks often follow a similar structure – a slower, highly melodic vocal-based song at the start, then a faster, more danceable section for the second half  —  which is often split over 2 sides on these 7″ pressings. Where this is the case, I’ve generally opted for the second part of each track, as that’s my thing.”

For more information on the Tazanian scene, read on. 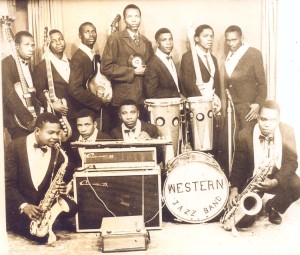 A taste and history of the Dar es Salaam music scene

This is something I wrote after a trip to Dar es Salaam in 2011.

If hot and sweaty nights of dancing are your thing, Tanzania might just be your ideal holiday destination. Live music venues, which host bands from both genres, are generally open-air courtyard affairs, probably because of the heat and humidity, with plastic tables and chairs for punters scattered in front of a covered stage.

A typical gig can last up to six hours, beginning some time between 21:00 and 22:00 and ending near 04:00 in the morning. The bands can have up to 40 members, allowing the musicians to rotate throughout the night, which allows the  band can play with full intensity for more than six hours –  up to five times a week. These marathon dance bands hit the gigging circuit of Dar es Salaam with residencies booked for some nights, usually playing what is deemed their home turf on Saturday or Sunday nights. There are no gig listings in Dar es Salaam and the scene mostly runs on word of mouth. We discovered many awesome shows by talking to people, especially the bar staff in the city’s drinking haunts. 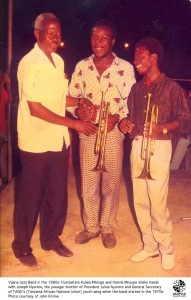 The dominant music style in Tanzania is known as muziki wa dansi (which also translates to “dance music” in South African Sesotho) and was born in the 1950s and 1960s when musicians organised themselves into dance clubs and began to play music influenced by Congolese rumba, jazz and the music of Cuba. Muziki wa dansi is generally more laid-back than Congolese rumba but the guitar is still the principal instrument, with the music built around two or three guitarists, backed by bass guitar and percussion and often featuring a horn section.

In the late 1960s, as Tanzania was transformed into a socialist state, bands or orchestras, such as the Nuta (National Union of Tanzania) Jazz Band, became aligned with state institutions. The police, army, national service and youth wings all took their own bands on board. The recording industry was virtually non-existent and the main resource available to the bands in getting their music was through Radio Tanzania Dar es Salaam, the state broadcaster that recorded most of the bands at least once a year for broadcasts.

This makes it difficult to track down the music of the late 1960s and 1970s on the streets of Dar es Salaam. But the Radio Tanzania Dar es Salaam office on Zanaki Street in the city centre has a large catalogue of recordings on cassette tapes that you can buy for 1 500 shillings (about R8). I bought some great recordings by the Atomic Jazz Band, Jamhuri Jazz Band, Vijana Jazz Band, Juwata Jazz Band and the Dar es Salaam Jazz Band.

For those interested, a great snapshot of the late 1960s and early 1970s muziki wa dansi scene can be acquired more easily: Buda Musique released Zanzibara Vol 3: Ujama — The 1960s Sound of Tanzania. Buda Musique is the same label that brought the world the magnificent Ethiopiques series and fans of that series can expect the same high production values.

In the late 1970s and early 1980s a new breed of bands swept through Dar es Salaam — the Mlimani Park Orchestra was born out of the Dar es Salaam Jazz Band and Juwata Jazz was created by members of the Nuta Jazz Band. Both these bands can still be seen strutting the city’s stages every week. Buda Musique’s Zanzibara Vol. 5: Hot in Dar — The Sound of Tanzania presents a great overview of this era of muziki wa dansi. 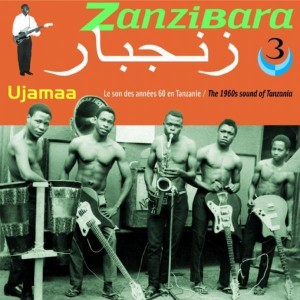 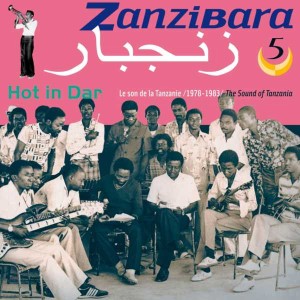 We managed to catch the Mlimani Park Orchestra at the Sauti za Busara festival and their three-guitar attack and magnificent horn section were a real treat for the dancing crowd. Although these bands remain very popular, a new wave of dance bands currently dominates the Dar es Salaam scene. African Stars, who are also known as Twanga Pepeta, are the most popular current band in Tanzania and their great rivals are the African Revolution. We managed to catch the 40-member strong African Stars twice, once at Mango Gardens, a live music venue in Dar es Salaam, and the second time as the headline act at the Sauti za Busara festival. It’s not hard to see why they dominate the music scene and the specific dance style from which they derive their name had the crowds in ecstasy. 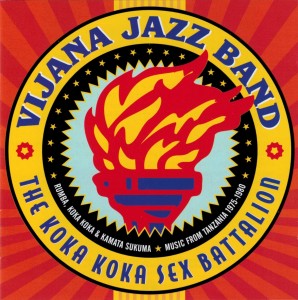 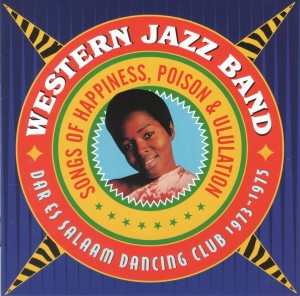 When it comes to rumba, the conversation almost always revolves around the relationship between Cuba and the Congo. Sure, the Congolese birthed the music as it is know today and legends like Franco, Tabu Ley Rochereau and Docteur Nico have ensured that the Congo’s rumba legacy is secure. However, the music rocketed around the continent, changing African music forever. One of the places its influences was felt most was in East Africa, especially Kenya and Tanzania. In the 1950s Tanzania saw a rise in musical organisations centered on large bands and dancing. Rumba bands sprang up everywhere, often formed by Congolese musicians leaving their homeland for seeking economic opportunities. Two of these bands were the Vijana Jazz Band and the Western Jazz Band. Others were Atomic Jazz and Nyamwezi Jazz, Ulanga Jazz and Kilwa Jazz.

The Vijana Jazz Band, which means “Youth Jazz Band”, were sponsored by the Umoja wa Vijana, the youth wing of Tanzania’s ruling political party. The Koka Koka Sex Battalion was the pseudonym of the Vijana Jazz Band, who on the 2nd January 1975, a Thursday we are told, were busy with a discreet recording in Nairobi Kenya. Altogether, they recorded six tracks, two of which are joined on this great re-issue by a further 14 tracks to make this album the only available recording for Vijana Jazz outside of Tanzania and Kenya.

The Western Jazz Band was founded in 1959 and this compilation collects their recordings between 1973 and 1975, when they were all over the radio. The Western Jazz Band was both a band and a social club with the purpose of giving migrants to the city a place to meet friends and hear good music. Their style is famous for its crisp clean guitar work and the lack of a thumping kick drum. Their songs were about love, infidelity, deceit, poverty and the strength and determination to overcome. Both these releases are essential for fans of rumba and go a long way to opening up the world to this vibrant scene in East Africa.