Let’s get down to business. Ampersand’s I wish I were who I was when I wished I was who I am EP is the best thing he has recorded in his career, which has spanned more than half a decade now. It is sonically rich and musically challenging. Yet,  buried beneath its epic guitar drones and cathartic screams are beautifully written pop songs. Dismiss this songwriter [Warren Cohen] to your own detriment.

Opening with a cacophony of guitar, First Fifteen is sure to chase away the faint of heart with one foul swoop, but that’s a pity because buried beneath the Velvet Underground drone and deliberately out of tune Stone Roses-esque vocals is a wondrous little song, that bears some similarities to Animal Collective in their more dissonant phase. The similarities to Animal Collective continue with Now Here, Nowhere or maybe Ampersand has developed a similar affection for the Beach Boys harmonies, as this song is glorious in its lo-fi pop swirl. Now Here, Nowhere first surfaced through the music video that was made for it, as part of the 48 Music Video Challenge. Ultimately the video, which features Ampersand and former Us Kids Know drummer, Chad Liam Polley, playing the song in an industrial office-space, won the South African leg of the competition. It’s a great music video for a great song and you can watch it here. 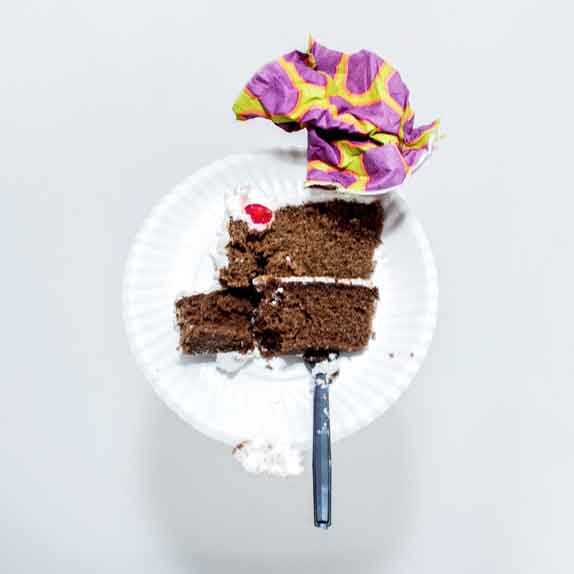 Stole it From The Doctor at first listen appears to be the laid back track on the EP. The guitar is plucked minimally, but with intent in the foreground, while Ampersand’s haunting vocals are in the background, layered one on top of each other. It is a mesmersing song that is reminiscent of his debut album This is Not a Drill, but with much better production. Then, just more than halfway through a song typifying beautiful restraint it methodically unwinds into a psychedelic haze, once again drawing on the discordant Velvet Underground drone and featuring Ampersand repeating EP title as a lyric: I wish I were /Who I was / When I wished I was who I am.”. It fades into a white noise pattern and segues straight into the next song, Safe Hands. Sounding like a long-lost demo not rediscovered on The Beatles Anthology series, Safe Hands is a great little pop song – that is until the 01:30 minute mark. From here on out the vocals are looped and distorted as an electronic beat works its way in. The song explodes into a noisy, thrashing experience – reminiscent of reverbed guitar rotorwash employed by Kevin Shields or The Jesus & Mary Chain. Pop music hasn’t sounded this fucked up since Sonic Youth’s glory days or since the last Make Overs show you saw, if you are looking for a local reference.

The last track on the EP is The Hoarder, a menacing brute that appears to crawl into sight, almost plodding along until it explodes into wails of angst and noise after 02:30 minutes It is a powerful way to bring the EP to an end, and to be honest if Ampersand hasn’t grabbed your attention by now, go out and buy the new Muffinz or Toya De Lazy albums.The Con likes its pop music with big dollops of “fuck-you” attitude. Bravo Mr.Cohen, Bra-Fucking-Vo!

If you want to get your hands on this EP head on over here, to Ampersand’s bandcamp page and download it. You can name your own price, so go on and support local musicians making real music in Mzansi.