The Internet has killed the record company, writes Lloyd Gedye, who is revelling in sticking the boot into its commercial, flatulent corpse. But why are independent artists still hung up on getting released the old-fashioned way?

The other day I was in the video store when I ran into Warren Cohen (aka Ampersand), Johannesburg’s songwriter-cum-noise merchant. As we caught up about life and work over discussions about art-house film choices, Warren mentioned that he was sitting on a new, but unreleased Ampersand EP. As he told it, it was something that he had originally recorded quite a while back with Alex Hing, onetime Shadowclub bassist, as producer. I asked him why he hadn’t released it yet. He said he was looking for a label. “A label?”, I asked incredulously. When he nodded, I asked: “Who needs one of those these days?” The only time you need a label in this country is if you want to win a SAMA. (The Con offered an explanation of the link between the SAMAs and record companies. Read it here.) 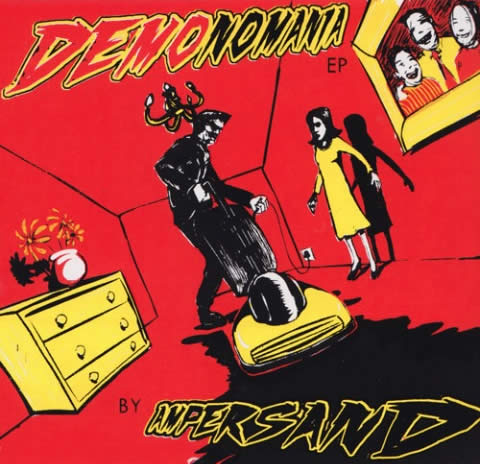 A couple of days later I was rifling through boxes of CDs stored in my garage since my last move. As I was sorting through piles of CDs, I discovered two copies of Ampersand’s earlier recordings titled This is Not a Drill and Demonomania. Both were released on independent labels set up by experimental guitarist Righard Kapp, who plies his trade as a solo artist and is the southpaw axe-man for The Buckfever Underground. Small independent labels like Kapp’s One Minute Trolley Dash and Jaunted Haunts Press fulfil an important role in the South African music scene, without having to append the pretentious adjective of “boutique” to what they do. They simply release small volumes of great recordings by artists who have as much hope of being signed by a commercial label as the Guptas have of retaining any credibility in this country. This is not necessarily because of the music made by artists like Givan Lotz, Ella Joyce Buckley and Ampersand isn’t commercially viable, but because the people who run the South African music industry really don’t have much taste. As someone who has reported on the South African music industry for almost a decade now, I can attest to this fact. The logic behind the dearth of release by intriguing and against the grain musicians in South Africa, is tied to industry types’ distinct lack of taste and daring, or that these whores will sell any goddamn thing to make a buck. Maybe a bit of both? Anyway, I’ll leave you to decide. 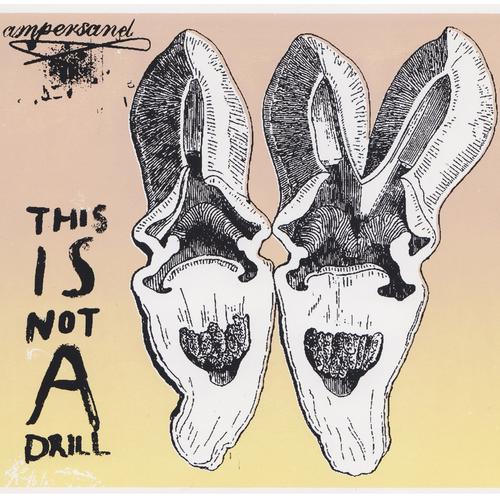 Labels like the two mentioned above, the Pretoria DIY noise-punk label KRNGY and Paul Riekert’s One F label in Johannesburg, Tumi Molekane’s Motif Records and Nozinja Music Productions, the label responsible for Shangaan Electro are the real lifeblood of independent music in South Africa. Scroll through their releases and you’re likely to find the country’s most interesting recordings. They all share the following characteristic: all three are run by artists and don’t operate with a solely commercial imperative at the front and centre of their operations. As One F’s homepage states, “So if your music is seen as too weird, too heavy, too loud or too intellectually stimulating for radio play (or the general public out there), we’re probably interested in it.” “For us it is more important to document something, than to analyse the market to see if it would be popular among the general public and make fistfuls of cash. We deal in music that matters.” Music that matters. Now there is a thought… 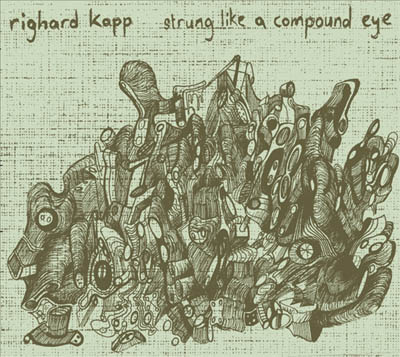 The reality is that these small artist-run independent labels are finding the conditions out there tougher and tougher. However, by themselves and relying on their model they risk plying in the trade of sporadic, limited edition curiosities for cult followings. The last album Jaunted Haunts Press put out was Ella Joyce Buckley’s Sway Church EP in April 2011 and the last album put out by One F was the Bloedskande album in March 2010. With no commercial imperative driving them, they are often run on blood, sweat, tears, love and a healthy amount of respect for music as art. Even the ultimate South African independent label Shifty Records, died a tragic death after launching the careers of some of South Africa’s best and brightest: Vusi Mahlasela. Koos Kombuis. James Phillips. Johannes Kerkorrel. While the SAMAs handed a posthumous lifetime achievement award to Kerkorrel last weekend, I wonder how many people were thinking about the state of independent record labels as they applauded. This is a sad state of affairs.

But there is hope – hope of bridging the ideological chasm between big business labels and independent imprints, perhaps even making this gap irrelevant. It comes in the form of the Internet music publishing and retail. As I pointed out to Ampersand: why do you need a label anyway? You can just release the album online, either give it away – after all your music is a marketing tool for your live shows in the grand scheme of things – or sell it online via bandcamp, iTunes or other retailers. If pressing physical copies of your CDs is important to you, then do it yourself and make your money back by selling copies at your gigs, like the guys at KRNGY label. The Internet has democratised the recording and manufacturing process for CDs, so take advantage. Already bands like The Brother Moves On and Dirty Pariffin have reached high profile positions within the South African live music industry, by self-releasing their music via bandcamp and iTunes and sometimes just giving it away for free. 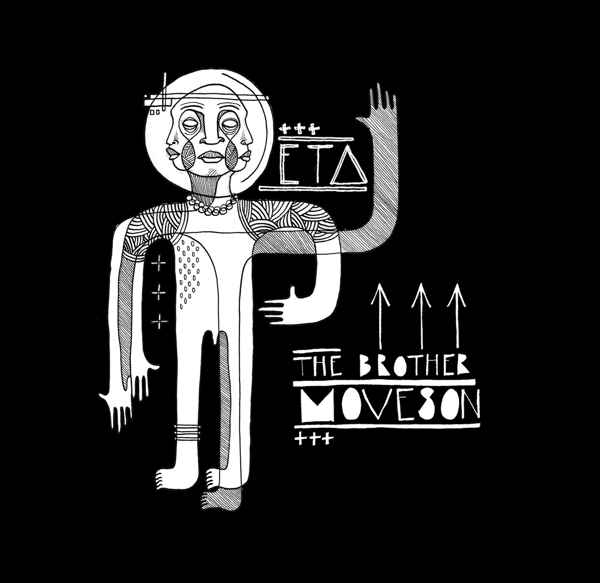 The Brother Moves On ETA EP – self released via Bandcamp

A few weeks after my video store encounter with Ampersand, I saw on Facebook that he had released his new EP titled I wish I were who I was when I wished I was who I am. It was available via bandcamp and his fans could pay as little or as much as they wanted for it. Good on you Warren Cohen! I am not trying to claim any responsibility for this and I am definitely not pretending that my advice was anything that he hadn’t heard before. But I felt that it would be amiss of me to let this anecdote story disappear without a trace. For every artist out there waiting for a label, or a gatekeeper – because that’s what labels are – to validate your art and “allow” you to share your creativity with the world: Think again. This world is digital now and your fans are only a few clicks away. The only reason you need a label is if you want to have a huge marketing budget behind you to sell a ton of records and to win a SAMA. Nothing wrong with that – but just don’t expect me to have nice things to say about what you’re letting yourself in for. If the sum total of your ambition, is to sell product, I don’t want to listen to your record anyway. So let you big budget label stock your music in Musica and Look & Listen, that’s where the dinosaur’s go to buy music.

For The Con’s review of the new Ampersand EP, go here

An attempt to contact Warren Cohen via Facebook, because I’m digital like that, to ask about the reception to his new EP, got me as far as his Facebook page, which was scrawled with messages about his new recordings. Shout outs from friends and fans declaring love for his new songs. “Your EP fucking kills,” read one comment, “murderous flippin tune” read another, “the best lyricist around” read a third. There was even a shout out from former label mate Ella Joyce Buckley all the way from New York.

Warren Cohen got back to me about the reception to his EP, this is what he had to say.

Cohen: I’d say the response has been fairly decent so far -considering I’ve only just released it on one website (bandcamp) and advertised to friends / fans on Facebook. It’s caught on quite a bit through word of mouth, which is pretty much what I’d hoped for. Some people even paid – I got R200 from someone somewhere in the States I’ve never met – not bad for a 5 track EP.  That’s said, there’s still a ton of work to be done. With three albums and couple of videos, I have a fair amount of content to flaunt, so now its really just about creating traction. The internet is limitless in terms of the road you can try, which doesn’t make it easier, it just calls for more work and a myriad amount of non responses. Its tedious donkey work, but you gotta be prepared to put in the hours, because the reality is; its you against tens of thousands of others who sound just like if not better than you- Or who knows, worse, but if they’re the ones with ambition, while you’re sitting on line playing Song Pop – its going to be them, not you – Marketing 101, go figure;) 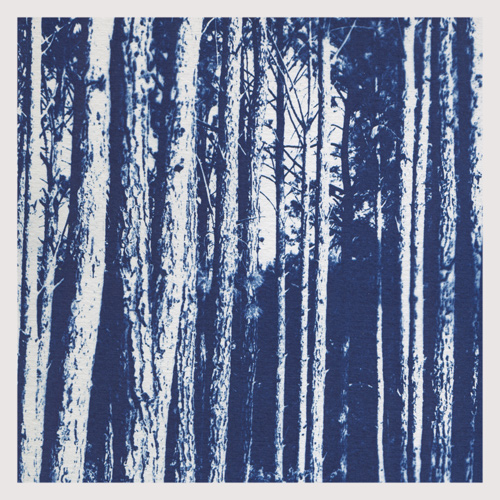 Earlier today I met up with Givan Lotz, who last week Friday launched his new four disc album called Snarl. Lotz told me a similar tale to that of Cohen. He had been demoing and writing new material since he finished recording his last EP Easy Now in 2008. Easy Now was eventually released in 2010 on Jaunted Haunts Press. However by the end of 2011, Lotz found himself with 100 recorded demos and so decided to go into studio and start recording the new material properly. The result was four discs of material or thirty-five tracks. These have been ready for release since May 2012, but for a year Lotz has shopped around for a label. “After a year of not getting it released anywhere, I decided to do it myself,” said Lotz. “The lesson I learnt is that as soon as you do that, people respond.” All of a sudden Lotz is having conversations with local and international labels about releasing parts of his four disc album Snarl. He has also been loading up a track every two days onto his Soundcloud page for the past two months. Before I started I had 20 followers on my Soundcloud page, I now have over 500, just from putting music up there for people to stream. When Lotz launched his new album at The Bioscope last Friday, it was sold out, to the point that they had to bring in extra plastic seats to accommodate the audience. He also sold more than half of the CDs he pressed up on the night. Another example of what taking things into your own hands can lead to. Expect a full review of Snarl in the next few weeks. If you want to buy digital versions of the individual albums from Snarl, titled Unless, Only, Such and Snores, you can buy them on Givan’s band camp page here.