Today, A week after the passing of the 100 year anniversary of the 1913 Native Land Act, The Con begins a series of writing on land. First up Percy Zvomuya.

Charles Mungoshi’s Waiting for the Rain is one of three greatest English novels to come out of Zimbabwe. The other, obvious, choice is House of Hunger by literary renegade Dambudzo Marechera. The last novel of this triumvirate might be Shimmer Chinodya’s Harvest of Thorns, a threnody for the boys and girls who gave up their youth for the ideal of a new nation, only to come back to a country that would betray just about every ideal for which they fought. It might also be Charles Samupindi’s Pawns, a small, intense masterpiece on (again) the betrayal of independence. But the popular choice seems to be Tsitsi Dangarembga’s Nervous Conditions, the award-winning book later celebrated as a feminist testament by successive generations of gender activists.

In one way or another, all these novels touch on the land, but no novel does it in the way Mungoshi’s novel does. Land doesn’t just represent an ideal, an arcadian idyll; it is also the site of conflict in which the old and young, idealists and nonidealists, do battle.

Published in 1975, in its title lurks some of the hope and desperation of colonial Rhodesia, as Zimbabwe was then known. When Mungoshi’s novel came out the war – the second Chimurenga, if you will – against Ian Smith’s minority rule was gathering force.

Part of Mungoshi’s genius is in depicting three generations in a single time. There is the Old Man who was a young man when he participated in the first Chimurenga against Cecil John Rhodes’ invading column of the 1890s. Then there is his son, Tongoona, who in turn has two sons – a drummer / percussionist, Garabha, and a visual artist, Lucifer.

Lucifer has just received a scholarship to study in Britain. The Old Man is closer to the percussive Garabha, a restless being with an itch in his feet that won’t allow him to stay in one place for any while. It’s not a surprise the Old Man doesn’t like Lucifer, who has developed an inscrutable personality from living in self-loathing and hermetic silence.

Not surprisingly, it is to Garabha that he opens up on the reasons they fought the white man in the first war against dispossession and minority rule. “We cut off their genitals and threw them into Munyati River because they shouldn’t have been called men with that woman’s greed of theirs. We said: build there, the land is the earth’s, there is enough for everyone. But their greed reduced them to something less than men. We couldn’t understand this desire of theirs to call everything mine, mine, mine,” the Old Man begins his monologue.

“What they didn’t know, which we knew, which made us survive, was that we owned nothing and it wasn’t our own cunning that made us live. Everything was the earth’s. But they went about destroying everything, and claiming things for themselves. Nothing was sacred to them. And they wouldn’t respect what was sacred to us. What else could we do but fight them? We fought them and here we are today. For those of us who saw those battles, our homes and granaries are still burning.

“Yes. I talk to you about this because I feel it’s going to help you some day. Times and events change, but I don’t think people change at all. And if you remember this you won’t be in any trouble at all because you will be playing your own drum. You may not live to see the land return to you, but what’s that to you or to me if your drum remains your own? As long you play hard and listen to what it says, and follow what it tells you – enough. Let them, or whoever wants it, have the land. You keep your heart. Later on, you too will know that what grows on the land, what you see outside, first grows in the heart. Without first taking root in the heart, whatever grows outside quickly withers and dies. And they can touch on the outside, but they can’t touch your heart.”

Far from being just a mystical kind of belonging, there is something else the Old Man is gesturing at. He is talking about land, belonging and ownership. What is contained in the paragraphs above has been the subject of tome upon tome in all places whites settled. One of those tomes is Whiteness in Zimbabwe, the most recent book in our region that deals with these issues. 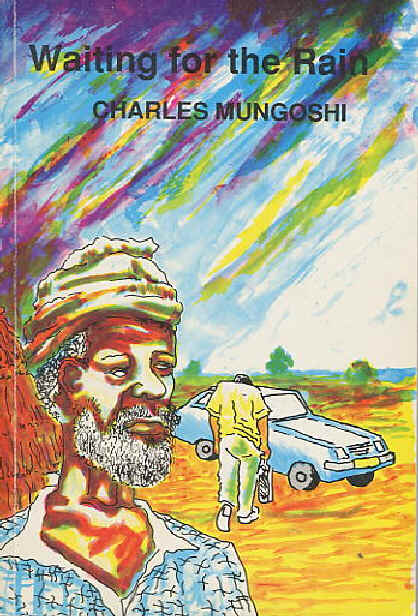 Written by American scholar David McDermott Hughes, the fascinating book begins by saying: “Imperial colonisers do not seize land with guns and plows alone. In order to keep it, especially after imperial dissolution, settlers must establish a credible sense of entitlement. They must propagate the conviction that they belong on the land they have just settled. At the very least – and this may be difficult enough – settlers must convince themselves of their fit with the landscape of settlement. In other words, while excluding natives from power, from wealth and from territory, overseas pioneers must find a way to include themselves in new lands.” From there he goes on to show the various ways in which the project of belonging was executed. (See this review I did of the book a few years ago.)

The land tenure system brought about by colonialism and imperialism was one in which entitlement to the land was underscored by a cash transaction of sorts. This explains the howls of outrage when the City Press published a story suggesting that Jacob Zuma paid just R800 a year to the Ingonyama Trust Board for the land on which he is building his Nkandla mansion. The Old Man in Waiting for the Rain would probably have wondered why Zuma should pay any money at all for the land passed on to him by his forebears. In a sober analysis (basically saying we might have been wrong last week) that followed the story, City Press political reporter Sabelo Ndlangisa pointed out that “some people interpreted it as a sign that we did not fully grasp the complexities of the land tenure used in the former homelands, and that people pay symbolic sums of money to traditional authorities for land use. 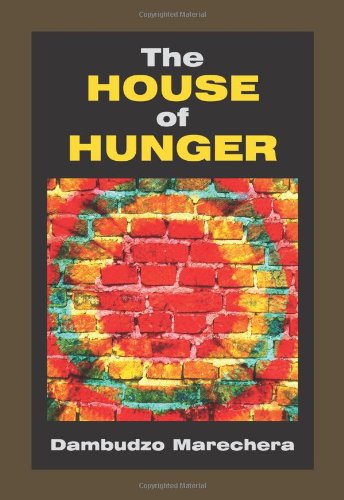 “After all, they did not see why the mound of land on which the president’s sprawling KwaDakwadunuse residence is built was being singled out for attention when many homesteads falling under the Ingonyama Trust Board probably do not even have leases.”

In the next paragraph, Ndlangisa continued: “The idea of a lease in communal areas is different from the way the concept is understood in urban areas, and the money people contribute to the community trust is not determined by the size of their houses or the land they occupy.”

He then goes on to attack the ANC government for not doing enough to change the communal land tenure system. He doesn’t really touch on why this tenure system is inadequate, but I presume it’s because you can’t use your land to secure a loan from a bank. This is where a state-run land bank comes in. This is something Zimbabwe did with what was called the Agricultural Finance Corporation, which is now defunct. The parastatal gave loans to peasants who had no title to the land on which they lived.

It’s not just an area in which the state has monopoly. Privately owned tobacco and cotton companies in Zimbabwe lend money to farmers settled on communal and commercial land, some of it still being contested by dispossessed white farmers. When harvest time comes, farmers pay back what they owe and go back for more when the new planting season begins.

Another private player, TN Bank, realising the limitations of the present model, has stepped in. It has introduced a novel banking project in which Zimbabwean farmers use their cattle as collateral to borrow money from the financial institution. You might argue that it takes away draught power and a vital source of protein. Yes, it does, but it gives the farmer money to hire tractors and till more land.

And, harking back to the Old Man again, we shouldn’t take it for granted that people have always owned the land and houses they occupy. Only 40% of Germans own their houses, for instance. The figure is about 70% in Britain and it’s quite easy to understand why this is so.

Whoops, John Lanchester’s great book on the 2008 financial crisis, gives us some understanding of why.

“It’s precisely the most free-market, go-go countries which show this overpowering appetite for people to own their own homes. The less security there is in the workplace, the more exposed the rest of life is to the pressures of competition and uncertainty, the more people want to feel secure within their own four walls, at the beginning and end of the harsh working day. Britain was the first country to experience the transforming impact of industrial life, and the associated disconnections between land and labour and place … The huge expansion in Britain home-ownership began during the 1840s, when the effects of the industrial revolution had spread sufficiently to create a new middle class with the economic means to buy their own homes. Because we were alienated and insecure at work, we felt an increased need to own the walls we live in, to feel safe and in possession of our own property. It was the psychic trade-off for the other losses of industrialisation.”

It’s arrogant to believe we can really own a piece of earth. The land is too big a concept and expanse for us to grasp and possess.