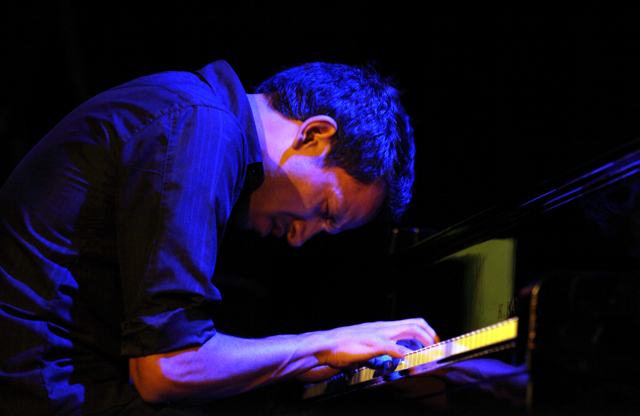 There was a thud on the car’s passenger door. “Kom uit, kom jol!” screamed a wild-eyed twentysomething with a beer in one hand and a roll of toilet paper in the other. We looked at him confused. “Klim uit die kar, kom jol!” he continued to yell, banging on the door. It was just after 1am on Friday June 28. The Grahamstown National Arts Festival had begun the previous day. We were coming home from watching a jazz jam session that had initially been led by Shane Cooper, the Standard Bank young jazz artist of the year. As we drove off down the road, trying to escape the attention of this wild student from Borneo, it was clear, the festival was in full swing. 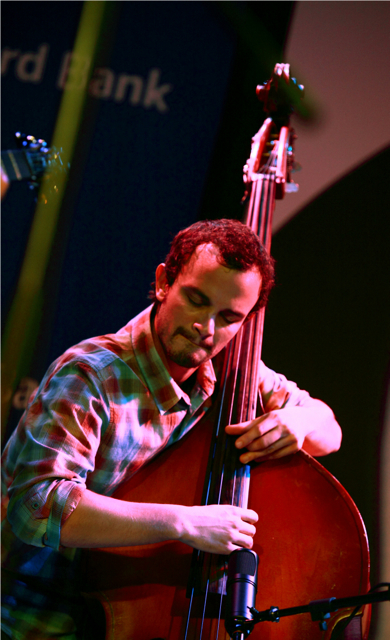 On Friday night in the DSG Hall, Shane Cooper had gathered a killer band for his first showcase of the festival. On drums was Cape Town drummer extraordinaire Kesivan Naidoo and on piano the ever impressive Kyle Shepherd. The talk on the street among Grahamstown jazz-heads was why Cooper was given the Standard Bank young jazz artist award when Shepherd has never been recognised. But as one seasoned jazz critic said, “Kyle Shepherd is too big for the award”. “The man has three albums out already. If they actually give him the award, he should give it back.” Joining this trio of jazz musicians from Cape Town were Swiss musicians Marc Stucki on saxophone and Andreas Tschopp on trombone. Cooper met Tschopp and Stucki at the Jazz Werkstatt festival in Bern, Switzerland, a festival the two musicians organise themselves, and invited them to come to Grahamstown to continue to explore the collaborations that began in Europe. But it was Naidoo and Shepherd who stole the show. The second composition the band performed was called Contact and was written by Naidoo. It was an early set highlight, with Naidoo and Shepherd leading from the front, a duel between drums and piano, and Cooper fading into the background. Stucki’s beautiful, laid-back piece Little Moleskin was another treat, but when the band launched into Reinvention Johannesburg, a composition by Shepherd, the gig reached new highs. It was clear that Shepherd is the most intriguing and gifted young jazz musician in South Africa today. 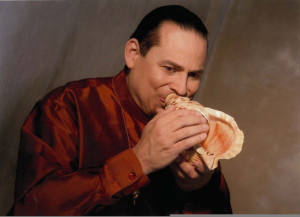 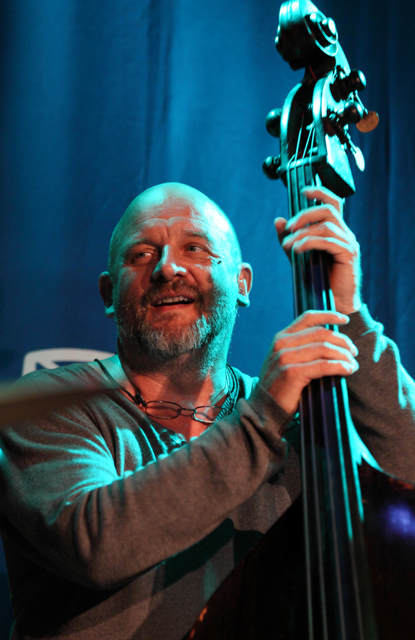 The set was a lot more swing driven than the DSG Hall had experienced so far at the festival, and Turre took on the role of the disciplined taskmaster, driving the band onwards. When a punter said to Wyatt after the set, “Damn you guys were on fire”, his response was, “We had to be, there was a guy with a blowtorch driving us on.” Dyer was particularly impressive on piano and got props from Turre throughout the gig. Turre was the epitome of cool in his red dinner jacket and long, plaited pony tail running down his back. As usual, when you get veteran jazzmen performing, the old tales and anecdotes were just as rewarding as the music. 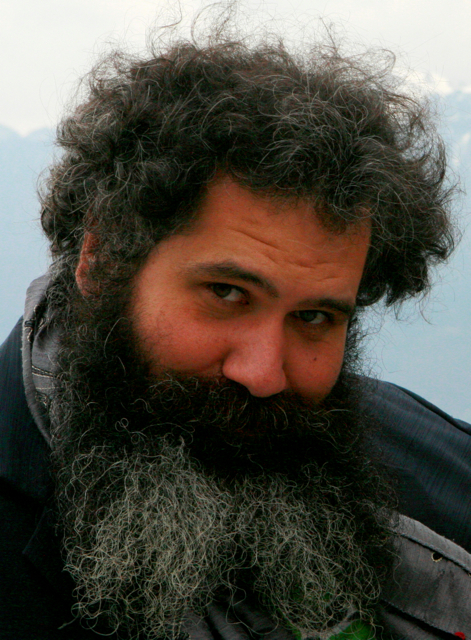 Malcom Braff, in a leaner set-up on Saturday night, allowed his genius to come to the fore. Playing with Kesivan Naidoo and Shane Cooper, it was a challenging encounter for the South Africans as Braff pushed them to the extremes of jazz. Born in Brazil to Swiss missionary parents, Braff is a great bear of a man, and as he hunches over the piano, his wooly grey bread adds to the mad scientist feel of his performances. On Sunday night he took part in a unique jam session called Rhythm Changing, which has to be the highlight of the festival so far. The premise was based on a jam session in 2011, where drummers Naidoo and Norwegian Håkon Mjåset Johansen played the same kit. The idea obviously captured the imagination of the festival organisers, and in 2013 the pair was invited back with some stellar supporting musicians to explore similar territory. Joining the drummers were Braff (Rhodes piano), Carlos Mombelli (bass), Atle Nymo (saxophone) and Justin Bellairs (saxophone). 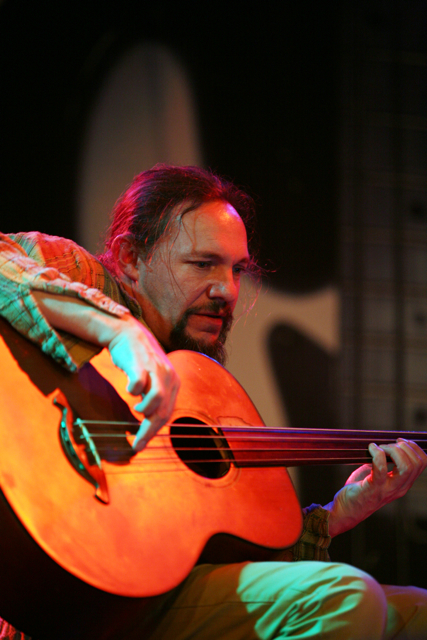 The set was a real blend of styles, with elements of funk, hip-hop, Afrobeat, rock, blues and free jazz all making their way into the performance. The highlights were the Braff compositions, including a number called Old School Blues and another called Together, which closed the set. Mombelli also contributed two magnificent compositions whose names can’t be recalled. As we poured out of the DSG auditorium into the cold Sunday night air, the feeling of elation was riding high. We had been schooled by some of the best jazz musicians that the world and South Africa have to offer.