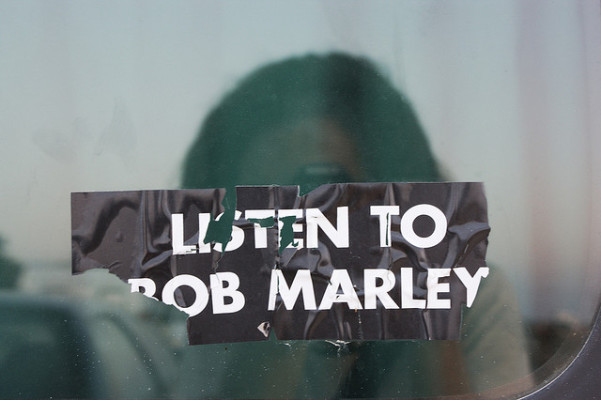 For a space that could be compared to a country without borders or a landscape with ever receding boundaries, it’s dangerous to label anything as the best thing on the internet. But even reggae aficionados would be hard-pressed to dispute the claim that Ian Causer’s House of Reggae is one of the best reggae shows on the internet. Now in its seventh year, the show (with 144 episodes) is posted, more or less, on a weekly basis.

The Con sent him a few questions.

What led you to start this station?

I had been DJing on and off since the 1990s and I was introduced to the idea of making a podcast by my friend Mike Murphy who had started his own reggae show, Big Mikey Dread Reggae Radio. I guested on Mike’s show a couple of times and watched how he put it together, and then came up with my own idea of what I could do, and how I’d like my own show to sound. I put together a couple of sample shows, uploaded them and received some positive feedback, and so I kept going. That was back in 2007. The show has evolved slightly since then but is fundamentally still the same format and I have now made more than 140 shows covering all aspects of Jamaican music from the ’50s through to the present day.

Your station is marked by beautiful music, an archivist’s interest in the music itself and the historical milieu in which the sound originated. Did you notice a gap in modern DJing? Why did you opt for a pedagogical approach?

Jamaicans have produced and released more music in the past 50 years per head of population than any other country in the world. And these records are full of beautiful rhythms and charismatic voices, as well as innovative and groundbreaking ideas that have gone on to influence other musical genres all over the world. But unlike jazz, reggae’s never-ending stream of music can have a very confusing and contradictory history. For example, no musician credits or recording details were ever noted down back in the ’60s and ’70s, unlike the great jazz recordings where you can find out which musicians played on which particular takes of each song, who played each solo, and so on. But reggae relies a lot more on oral history, which can often be contradictory as people’s memories play tricks on them, because if you try to remember who was with you on a particular day 40 years ago, you can easily confuse days and dates. Likewise, the history of reggae is an imperfect history, which I like, but which is also extremely confusing for an outsider like me. So I like putting together little pieces of reggae’s eternal puzzle by making connections through the rhythms, or discovering an influence or inspiration behind a particular record. This has been a huge learning curve for me in gaining a better understanding of the music, and hopefully by making the shows in the way I do, I’ve also helped other people untangle some of these mysteries and set them off on their own paths of discoveries of one of the great musical cultures of the world.

When was the station founded? Why call it House of Reggae?

I started making the podcasts and uploading them on to the Podomatic site in 2007. An initial idea I had was to make it feel like I was inviting the listener into my house, making them a cup of tea, and then playing some records, while I regaled them with some trivia or facts about each record. Six years later, my approach hasn’t changed that much! 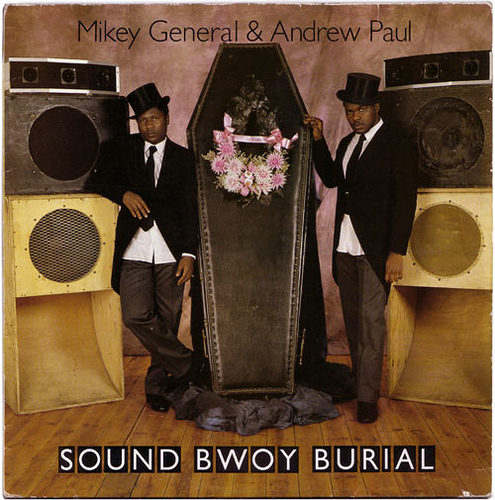 How long does it take you to come up with a show? What are the difficulties you sometimes encounter?

Each show usually takes a couple of weeks to make, although some of the themed ones have a longer gestation period, while I throw some ideas around. For example, I’d wanted to make a sound system special for a while, but I wasn’t quite sure how I would achieve it, as sound systems are essentially live and so not released on record. I had a few ideas for which I wrote up various potential track lists, such as records that mentioned sound systems or released dub-plate mixes, or extracts from live sound tapes. Eventually I settled on a track list that I felt represented such a huge topic in just a few examples. But because of the limits of the format, I never claim anything I’ve made to be a definitive history or even to be 100% accurate. It is a personal selection that can be used simply as an enjoyable hour of music and chat.

I’ve been buying records for as long as I could afford to buy them. I now have far too many than is healthy! Like most people around the world, my first introduction to reggae was Bob Marley. I heard his Legend compilation, and then soon afterwards bought both the Burnin‘ and Live albums and was seduced by both the skanking rhythms and the revolutionary lyrics. My reggae eyes were then opened wide by the four-disc box set, Tougher than Tough, which came out in the early ’90s. This introduced me to the depth and breadth of music from Jamaica and helped me understand how the music has evolved over the decades. I must also mention the Blood & Fire label, whose reissue programme throughout the ’90s helped me delve deeper into the crazy world of dub and helped me recognise the influence it played in the evolution of dance music around the world. Are you optimistic about the kind of reggae music that is coming out now and the message is gives?

Yes, there is a lot of really good music coming out of Jamaica right now. Every few years there seems to be a new generation of artists and currently there is a strong roots revival happening through singers, DJs and groups like Chronixx, Jah9, Protoje, Jesse Royal, Raging Fyah and Pentateuch. There are also some great producers, such as Donovan Bennett, Rory Gilligan and Zinc Fence, and hopefully with the success that Chronixx and Zinc Fence in particular are currently having, it will inspire other producers to be more creative in their rhythms and keep the current momentum.

Who are you listening to at the moment?

Jah9’s debut album New Name is a roots tour de force, with heavy rhythms and a very distinctive delivery. Chronixx is a hugely talented artist, who over the past year has released a string of great singles like Smile Jamaica, Warrior and Selassie Souljahz, and has also co-produced some great new music by the likes of Kelissa McDonald, whose Rebel In Disguise EP has merged traditional African sounds with reggae rhythms. I’m also always delving back into the history of Jamaican music and there are a number of great reissue record labels out there that are located all over the world – like Digikiller Records (USA), Only Roots (France), Pressure Sounds (UK), Dub Store (Japan) – and are releasing many rare and even previously unreleased records from the ’60s, ’70s and ’80s, and all of them are well worth checking out.