Chiwoniso Maraire, that gifted woman who made mbira ‘cool’ to urban Zimbabwean audiences, will be sorely missed. I first met her in 2004, and we talked Peace of Ebony. That was that afro-fusion trio that came on the scene around 1990-1. Together with Herbert Schwamborn (Queeler, now known as Metaphysics) and Tony Chihota (“Chief”), Chi gave the world its first ever fusion of mbira and hip-hop. Anyone who was growing up in 90s Zimbabwe could never forget that voice bursting out of that fresh-faced teenager in that track Native Tongue, or that mournful tone of hers in Pretend it Never Happened. Keith Farquharson, ex-Ilanga and Barrel of Peace, was producer. They were to later work together with Keith on Ancient Voices. Chi changed the way young people look at the mbira. It was no longer the preserve of elderly, rural men. Young, hip, urban women could play the mbira too. It belonged to everyone. We can credit her with pioneering this generation of “cool mbira”, more contemporary proponents of which include the hugely talented Hope Masike and others. 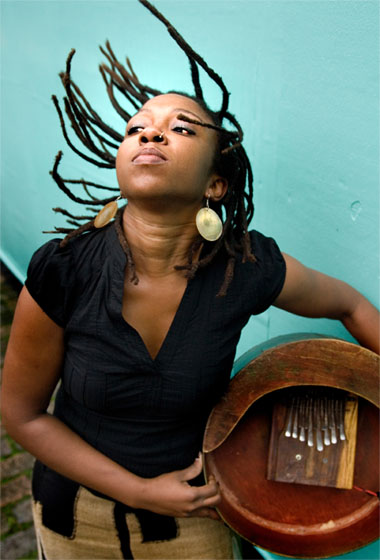 Ancient Voices is, without a doubt, her greatest work, and easily one of the best albums ever put out by a Zimbabwean musician. It may sound like a worn cliche, but there really is not a single bad song on that album. The lyrics are so deep and mature that it is hard to imagine many of them were written while she was still in her teens. But, perhaps, we should not have been surprised. Chi was mbira royalty, the daughter of Dumi Maraire, who took mbira, and his family, to the USA, where he taught it in universities. Chi’s mother, Linda, was also marimba and mbira player, music promoter and teacher rolled into one. Chiwoniso, barely 10, had done lead vocals on recordings of “Mhuri yekwaMaraire”, the Maraire family.

It’s a credit to Chi’s genius that, today, over 15 years after its release, Wandirasa still makes you stop, listen, and fall in love with the song all over again. The way she combines with Andy Brown on a song that many say was a lament of their tough relationship says a lot about how deeply the two were committed to their art. Andy was on his best form on that song – in fact, Andy’s guitar was made for Chi. Nhemamusasa and Mai are like duets between Chi’s voice and Andy’s guitar, one effortlessly weaving in, out and around the other.

I am deeply saddened by her loss. The thing with music, is it makes you feel you personally know the artiste. I had only ever met her twice, and didn’t know her personally. But her music makes you feel as if you were her close friend. All the many times I saw her on stage, losing herself deep into her music, as if in a trance, caught in some far-away ancient universe, I understood her. Because I felt the same.

I am a Zimbabwean, Afrikan, writer, journalist, optimist, music tragic, and other things. View all posts by Ranga Mberi →