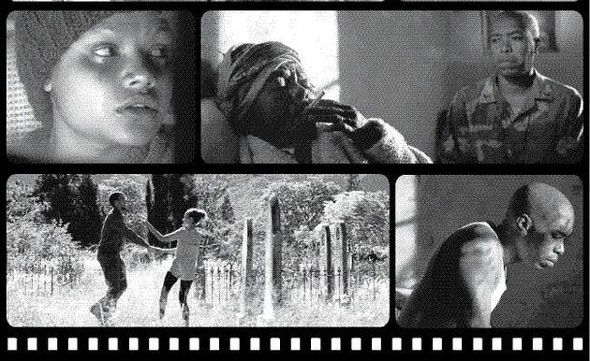 Of Good Report, a film by Jahmil XT Qubeka, was banned by the South African Film and Publications Board (FPB), which labelled it as “child pornography” on 18 July 2013, just as it was due to open the Durban International Film Festival (DIFF). Nine days later, an appeals board overturned the ruling and classified the film at 16SNVL. The film was then screened on the closing day of the DIFF. The FPB remains adament that the film classifies as child pornography and has indicated that it will seek to overturn the appeal. Under the Film and Publications Act (1996), any depiction of sex, written, photographed or filmed, with anyone under, or portraying someone under, the age of 18 is deemed to be child porn, but in two previous successful appeals, precendent has been set for the FPB to take artistic merit into account. The film’s producer Michael Auret and the Qubeka are planning to sue the FPB for defamation of character, as some of the crew and cast have already been stigmatised as “child pornographers” at their places of work.

The film itself is not made as an “issue film”; it’s darkly comedic, and emotionally surprising, has an uncompromising aesthetic reminiscent of the spaghetti westerns of Sergio Leone, which also strips it of high seriousness and marks the arrival of a singular voice. But the banning has turned it into an issue topic. Petronella Tshuma plays Nolitha, the 16-year-old schoolgirl who seduces a teacher, with devastating consequences.

Roger Young had a conversation with her, before the unbanning, about Nolitha, about her approach to the role and national control of narratives.

Firstly, when you signed up to do this film, did you have any inkling that it would cause some kind of reaction? It wasn’t meant as a work of activism. Were you just, like, this is a cool film?

Just being the awkward person I am, I thought, “Oh shit”. I mean, I told my friends when I was about to do it, when I was reading the script, but when I was actually going to shoot the film I was like, “Yoh, guys, I’m doing nude scenes”. No one believed me actually because I’m so self-concious. I’m like, “Oh my God, I’m a mom”. I have stretch marks, I have this, I have that. I might be skinny but I’m not your gym girl and what not. The nudity I knew and I warned everyone, and I was like to friends, “You’ve never seen my ass, you’re about to; you’ve never seen my boobs, you’re about to”.  I never knew this would draw so much attention. I thought, if anything, people who know me and people who have seen a little bit of work that I’ve done would never have expected me to do such a thing. It’s so far from me, but that’s why I love acting, because I want to be challenged. I want to be able to push boundaries.

Do you feel you were empowered through the process of shooting? You say you’re awkward and kind of shy, do you feel that going through that process was good for you?

It was, definitely. I was very shy. I remember the first scene. I was like, “Oh my God, I’m scared”. I shot the bathroom scene first in terms of showing parts of my body, and that, compared to everyone else, was nothing, but I was just nervous. After that first scene, I think my next scene was where I’m fully naked and everything is out and I remember it was a closed set and I pulled it off and I was ready to do this. All of a sudden I had this confidence. It was not, “Oh my God, I think I’m hot”. No, it was not that, it was the fact that I was comfortable with what I was doing, I’m comfortable with who I am. I’m comfortable with this story. 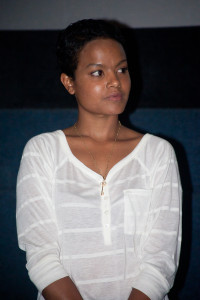 What character research did you do for the film?

I went to schools, I did research on the Nolithas of today. I went into class with 13- and 14-year-olds and then with 15- and 16-year-olds, two classes, and the last class that I went to, the 15- and 16-year-olds, was the worst class in the whole school. It’s like when you’re about to walk into prison and the teachers warn you and they’re like, “This is it”. I walked into this class, greeted everyone like “Hi, hi, hi” and I kept quiet and I just observed and picked my students –  the teacher already gave me an idea of who was who in the school. I went up to them, I spoke to them. I had to earn their trust and all of that, and once I did that they invited me to hang out, said we could hang out there, there, there. And I was like “You’re 15, how’s your mom going to allow you to come out?” I was not allowed out after six. In fact, I was never out. So I’m like,”What you going to tell your mom?” “No, no, no, don’t worry about that, it’s all good.” I’m like, “Okay, how are we going to get to this party and I mean what money do we have to buy the drinks?” They’re like, “No, that’s taken care of”. And then I asked if they had boyfriends and stuff and they told me. And they told me, ja, older men taking care of them and stuff. At the time I was 21 or 22 and I had no idea how to do that, yet I was being taught by these young girls how it works. How you date these older guys, how they look after you and everything is sorted. And they were so happy and confident about it and they were oblivious to everything else. I was stunned, like, this is actually true, this is happening .

Are these just girls discovering themselves sexually or are they girls who are in the direst economic situation and think this is the only option?

That’s the thing I think we’re not comfortable with. “Because she needs the money,” that’s how some men process these things.

And you actually find women with confidence who love it.

Okay, to have that feeling, to know that you got involved in this to bring this stuff to light and for those things themselves to be used for the reason for it’s banning, which effectively banned your artistic contribution – how does that make you feel?

It’s lot of things. It’s upsetting. It’s unbelievable, it’s crazy, it’s all of that stuff. It’s stupid. The fact that we live in such a messed up country, we’re not understanding that. This was not for sexual pleasure, to arouse the audience or anything. It feels like we’re living in the dark times. But I think what society had to go through for certain outcomes, unfortunately this is one of those. We’re going to look back and think, “Wow, this is ridiculous”.

But it doesn’t look ridiculous now, hopefully in a few years it will.

I mean, again, for the fact that a movie can be banned today.

Nolitha has agency. She knows what she’s doing, she’s aware of herself, in process of discovering herself sexually. She has agency when she meets Parker. She initiates the whole thing, and I think that a lot of Christian men, or men who subscribe to particichal belief systems, older men, are very uncomfortable with that idea, the idea of women having control over their bodies and control of how they express themselves. I think that’s a major thing and I think that’s where our government structures go, “This is not cool”.  It’s as if girls must be girls and at the stroke of midnight. When they turn 18, then they’re women and there’s no recognition of the phase in between of learning who they are. Emotional awakening, sexual awakening – there’s no acknowledgement of that.

I didn’t actually look at it that way, but it is there and it’s honest. I hated the fact that, leading up to this film, people used to say Nolitha is a dark character; she’s not.  Hence why I made my statement that night in front of everyone that yes, she is promiscuous, but who doesn’t love sex? And that’s all she was. She had a lot of issues, you know what I mean? But she was in charge of her own body, especially because she’s 16 and she’s with a much older man.  Parker didn’t actually approach Nolitha, it was the other way round. So, ja, maybe our culture, our country, has a problem with that. Being so young and so confident, and culture says it’s actually a man who courts the woman and all of that.

We’re not a society that’s positive about sex, but we’re a society that is okay with polygamy, and men have affairs and things like that, but we have corrective rape, and slut shaming. It’s okay for men to love sex, it’s not okay for women.

Every two months it’s in the headlines that some teenage girl has been raped and dismembered, tortured. We have men who hate women for some reason

But what’s interesting about the portrayal of Parker is that he is so put upon by society, you know, there’s no attack on him directly but just the daily grind of existence. He’s so disempowered as a human, which is obviously a lesson of living in a capitalistic system, and those things describe why men feel so disempowered, and I think that’s got a lot to do with why men rape. I think that’s why we have an epidemic of rape, because we have so many people who know they’re not going to get a job, who know they’re never going to get rich, who have no power over their lives. So while it’s expressed as hatred towards women, it’s definitely an economic problem, it’s definitely a social structures problem. There’s lots of stuff that feeds into it, all that basic stuff. But there’s also the young black male not having a father because of migrant labour and the knock-on effects of apartheid, and there’s also the alleged ANC-sanctioned rape that took place in the training camps during apartheid, and a culture where women have less rights. So you’ve got all these things building into this and I think Parker expresses that. I mean, I think you feel that he’s not a monster from within, but he’s become a monster.

Especially because he went to the army, so that’s already done some damage, and, to be honest, after you kill one person, you kill two people, you’re a serial killer. The first person he killed was his own mother and from that he was a killer, but not a serial killer. But now being put in the position he was in with this young girl… Of course he has no control over this young girl and the obsession because he’s not really in control of himself. All these rape cases and these young girls and school girls, principals, teachers all of that. I mean, if we take away all those other elements to just give you a safe story, what impact is it going to have? Because we’ve already seen that – how many times have we seen it? – but now we’re actually putting it in your face and saying, “Here it is, look, understand!”

Roger Young likes long walks on the beach, romantic dinners and is a huge fan of Ayn Rand, huge fan. View all posts by Roger Young →