Warren van Rensburg has been a photographer in and around Johannesburg for a while now, shooting fashion, rock ’n roll and skateboarding, among many other things. However he has always had a thing for portraits, and when he started travelling back to his home town of Vereeniging to visit his parents with his newly born son, he started seeing the city through a different lens and started to shoot it. The Con caught up with Van Rensburg to talk about his ongoing work.

A selection of Warren van Rensburg’s work from Vereeniging are at the end of this interview.

So what inspired you to do this work? Was it a moment or realisation, or was it a long brewing thing?

A think it was a long brewing thing. I had been wanting to do a story like this for ages but struggled to find something that really took hold of me. I have been going back to Vereeniging quite often recently because I had a son last year and I’ve been taking him to visit my folks who still live there. It just seemed like a natural thing to document.

What was growing up in Vereeniging like? How did it frame your outlook on life?

It was awesome when we were kids, but then as teenagers you realise how isolated you are from the rest of the country/world. We had fun, though, but I think skateboarding and music saved our lives.

How many times have you been back to Vereeniging to shoot for this project?

I’ve been back six or seven times now. I’m planning to go back a lot more over the next few months. I’m hoping to have something substantial by the end of the year, but it may take lot longer than that – who knows.

Did you have any ideas about the project before you started, or is it more open-ended?

No, I kept my ideas about the story open. I believe that if you go in with preconceived ideas about what your images should look like, you will miss out on a lot of things. There is a quote by Dorothea Lange that I always remember: “The best way to go into an unknown territory is to go in ignorant, ignorant as possible, with your mind wide open, as wide open as possible, and not having to meet anyone else’s requirement but your own.”

Your focus seems to be on the people and the architecture – why?

It just happened naturally that way. I have always loved shooting portraits, and I think the architecture images come from me documenting places that I remember from when I was growing up – the public pool, the ice rink, the Checkers parking lot. It’s almost a cathartic process.

Any surprises along the way? Things that have sparked your imagination, encounters, funny stories?

I went to the SAPS K9 unit the last time I was there – they were really apprehensive about me shooting at first but they loosened up. The shoot ended with them showing me the huge amounts of drugs they keep to train the sniffer dogs. There was everything from heroin and mandrax to crystal meth. I got decent still lifes of the packets of drugs but missed out on getting any shots of the dogs and their trainers.

When I went to the graveyard where a few of my family members are buried, I ended up hanging out with some gravediggers. It was surreal watching someone digging a hole where someone else was going to be buried. After I left the graveyard I spoke to my mom and she told me how most people don’t go there any more because people get attacked there on a regular basis. I, luckily, left unscathed.

I went to shoot in the dilapidated hotel bar where my grandfather used to have his pints. I met a guy from Pakistan who has been living in Vereeniging for two years and is determined to learn to speak Afrikaans. Every now and again he would slip in some Afrikaans to our conversation. It was really funny, and he thought so too.

What do you plan to do with the work?

I’m hoping to have an exhibition by the end of the year, maybe early next year. I’m waiting to see where the story goes for now.

What work are you doing aside from this project?

What do you make of the current South African photography industry?

I think it’s going through a transformation because of the influx of young ‘photographers’ with digital cameras/iPhones. There is definitely a changing of the guard. I think it’s cool, though, because it just going to push photography even further. 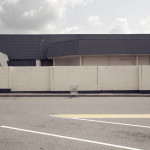 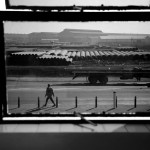 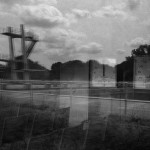 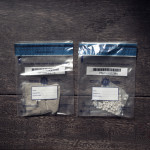 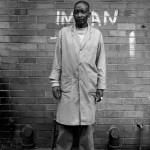 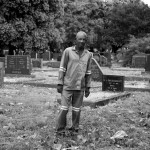