A Lil’ Light, a Madlib collaboration with a “singer” was how the world first got to know Declaime’s alter ego, Dudley Perkins. Journalist Omid Fatemi described listening to the music as like “the morning after a P-Funk concert”, and Dudley’s vocals as bringing “flashes of George Clinton and Roger Troutman combined and the raw drunkenness of ODB”.

Some time later, in 2006, the pair collaborated on Expressions (2012 au). Perkins sounded pretty much like an OG who had found God. His singing had improved and he was testifying over the finest church music on the planet. A tone of desperation hung thick over some lyrics, borne out of the protagonist’s harrowing personal journey; his former life as a Crip gang member and his botched stint in Desert Storm. The album was apparently recorded in three days, soon after Perkins had touched down from a turbulent sojourn in LasVegas, laced with domestic quarrels and run-ins with the law.

In the trippy jam Coming Home, the woman harmonising is hip-hop’s triple threat Georgia Anne Muldrow. “When I first met her, the label had asked us to do music. They wanted a female presence on one of my records,” recalled Perkins to a Red Bull Music Academy audience in Toronto in 2007. “So I went through a few females, listening to their music and stuff. I never really paid attention to her music, except once in the car, I said: ‘Let me meet her first’. So I called her to come to the show and stuff like that. We hung out for a minute and I really wasn’t still paying attention to the music. A lot of things that she had on her mind were a lot of the questions I was asking the universe myself. And I was putting it out on records, for a few years. And then we got into the conversation about these questions. So it was a bond that happened right then and there. Okay, we have a message, sort of like a joint message, you know?”

In one interview, Muldrow described meeting Perkins as having a calming and refining effect on her music. “He’s always been tight with his rapping and creating harmonies. He just taught me to chill and some more about sonic frequencies.” Barely in her twenties at the time, Georgia’s career as a musician was starting out with promising gusto. The first female signed to the Los Angeles-based Stones Throw label at the time, she released the heartfelt Worthnothings EP in 2006, and quickly followed it up with the compelling Olesi: Fragments of an Earth full-length project. The two works were momentous, featuring songs that tracked personal transformation and global destruction in an operatic b-girl style that dominated her polyrhythmic loops. 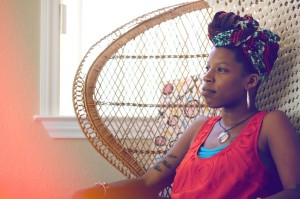 The daughter of jazz guitarist Ronald Muldrow and singer Ricky Byars, her pedigree and stance were that of a vanguardist, less concerned with mainstream acceptance than with enduring relevance. “My dad said to me, ‘Man, I’d rather you just made horrible music than mediocre stuff.’ That was the idea. I went wild with that,” she said in a Straight No Chaser cover feature. “I’m only just realising now that it’s more about creating a concept, a thing that can live on its own. Whatever you’ve got to do to get the feeling out and stay true, that’s what you gotta do.”

The meeting of Muldrow and Perkins spelt the end of their Stones Throw association. Their departure seemed to be fuelled by reasons of artistic autonomy, which they have always strived for, although Perkins’ rhymes (check Shine On, from the 2010 SomeOthaShip album) and online posts have suggested that there might be more to the issue. “Stones Throw only had my back when I worked with Madlib, any other time … outta sight, outta mind,” he once posted on the label’s message board in response to a fan.

In this transitional period, the pair remained prolific, working with British DJ 2Tall on a project called Beautiful Mindz before releasing The Message Uni Versa on Look Records. The album received mixed reviews, with some critics calling it “lazy” and “half-assed”. Granted, 10 skits and 10 tracks can hurt continuity, and Muldrow, who handled the production, seemed to more reserved, allowing Perkins’ now trademark pained yelp and improvised lyrics to slip and slide all over her breathy,but bottom-heavy tracks. This was free-flow, message-driven music, with banging post-G-funk beats and subversive medieval skits. It was a creative risk, but in the context of their unraveling funk personas, critics and industry conventions mattered less.

The ensuing period was one of prolific recording, collaborating and consolidating their resources into a recording label called SomeOthaShip Connect. “The abbreviation is SOS Connect, so it’s actually an emergency call through sound, because sound is the highest form of vibration, but they have tainted it very badly,” explained Perkins during a Pan African Space Station (PASS) interview in 2010. “You can see it in the youth of America now. I know you guys have problems with your youth out here, because they have been oppressed very much all over the African continent. Ours is on some of the worst form of tribal warfare right now, when a black child will go shoot another black child but run from another European human. Our black youth are so asleep and it has to do with the music.” 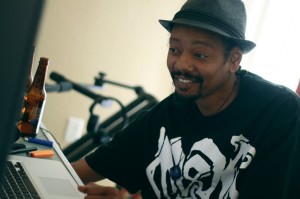 Although they continued their relations with other labels, a slew of their own releases appeared under the SOS Connect imprint. Muldrow’s albums – such as Umsindo (released in mid 2009), Early (on the label Animated Cartunes) and King’s Ballad (released on Ubiquity) – all came within months of one another. Early was apparently a collection of songs penned during her teen years. Explaining the creative flurry at PASS, Muldrow said: “A lot of people would say, ‘You know, you can’t saturate the market. Like, you can’t put out this much stuff, they might get tired of you.’ It doesn’t really work that way. If you look at Coltrane, it didn’t really work that way, and Coltrane is like my musical Malcolm X.”

Another key release around that period was Perkins’ Holy Smokes album, his third under the Dudley Perkins persona, released on the same day as Umsindo. If Muldrow’s work was open ended and fragmented, Perkins’ album, produced entirely by Muldrow, came across as increasingly spontaneous and defiantly carefree. The album was built on the skit-laden, anti-war exhortations highlighted on The Message but moved towards a slimier, thicker slop of funk perhaps only matched by fellow Californians Digital Underground. Fonk, released in 2010 and produced entirely by the supremely talented SOS Connect artist Quazedelic, surpassed most of hip-hop’s attempts at funk, establishing a new, murkier blueprint that still espoused the existential dilemmas of street life.

On stage, though, “the greatest show in history” could do with some refinement. During their South African shows some years ago, Muldrow and Perkins had the feel of two artists trying to compress their respective material into a single show. The lack of cohesion was apparent when they took turns on solo material, giving their performance a schizophrenic feel. Many of the people who saw them for the first time felt they were in each other’s way, giving a feeling that they were yet to gel as a duo.

Their most recent album, The Lighthouse, released in May this year, suggests that the group’s references are still entrenched in P-funk, but, more importantly, that they are working towards combining their talents without stumbling over each other.

While the pair has continued to release respective projects, The Lighthouse is a beacon as it was the one project that survived a recent robbery to their California home. It had already been handed in, thus giving them the strength to push on. 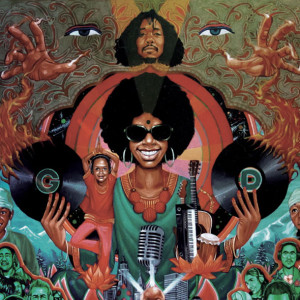 Listening to The Lighthouse, it feels less like Muldrow is taking the background for the sake of Perkins’ ego, although she more or less sticks to the formula of doing hooks after his verses. Grander in its production vision but still spontaneous in its lyrical approach, The Lighthouse brings serious fun, and a tree-hugging sensibility to a planet charged with aggression.

Main image by Niklas Zimmer. All other images courtesy of Someothaship Connect.