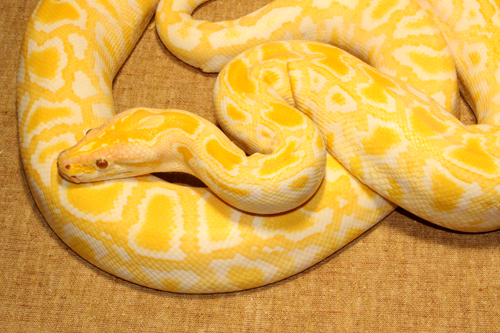 As wind pounds the towering Franklin building, an old office space turned into a swanky apartment block, the scree eddies downwards to collect on Pritchard Street on the north and President Street on the south. Kort Street, towards the south of the building, begins in the shadow of the Franklin, and crosses Market Street before coming to a sudden end on Commissioner Street.

The buildings in the eaves of the mountain of concrete, brick and mortar, low lying, paint peeling off, could be out of a low-budget Bollywood movie. Or a movie shot in two different locations, by two different directors. The high-rise buildings sit awkwardly with the squats. The shops in the neighbourhood hawk wares on the cheap: shoes, clothes and all manner of remedies.

One Saturday, right in front of a shop housed in one of the squats, a BMW X5 was parked, its boot slung open, with two slithering occupants. They were, I think, of the python molurus family – Indian python in plain English. One was thick and long, more than 3m long. Its companion was thinner and shorter, as if, like in the Igbo proverb, it was fed by a grudging stepmother. Step mum and child? Step sisters? Or just siblings?

A sizeable, animated crowd, always getting bigger, is gathered. They are watching this spectacle while circling a muscular man who has a loudhailer in his right hand. It’s almost a simulation of what these pythons would do to you if they surprised you in the forest. The man with the announcer is selling all manner of remedies in liquid and solid forms. He is speaking to us in Zulu. There is a good-luck soap dubbed nhlanhlemhlope, which we are told, on a flyer, is “owenhlanhla nokuthandeka” (for luck and to be loved). There is medicine to enhance “ladies’ libidos” and something else to “keep it tight”. Mind you, it isn’t all sexual; life isn’t concentrated in the pelvis. There is a mixture for diabetics, something to “controls sugar levels”. There is soap to “chase away tokoloshe”, those little human devils that kill and drink the blood of their victims, have sex with wives while their husbands are in the same bed and occasionally spirit away wealth. If you don’t want to take this cream and use that soap, there is something of a universal elixir, a remedy that can tackle “izifo zonke” (all diseases). For those whose white blood cells are under siege, there is an “immune booster” to help rebuild the ramparts of their creaky fortresses.

At the head of this healing empire is a woman. On a flyer she beams like an angel sent to announce good news; she is clean-shaven and somewhat androgynous. She has bling everywhere: in her mouth and ears, fingers and neck. Around her neck is a white python. The python, white and spotless, could be an albino reticulated python.

It’s almost like this is the original species of the python, the ancestor python, clean and without blemish. But how did it give birth to all these other pythons, spotted, striped and streaked? Was it from crawling through ravines, crossing muddied rivers and slithering into chicken coops and getting dirtied from foul poo? Or, in the minds of apartheid’s theorists, miscegenation with dirtier species?

As I stare at the pythons, I am back in my youth. I am with my mother’s friend, listening to a snake tale. There was a young woman who went out to the fields to cultivate her crop, she begins. On her back is a child. As she can’t cultivate with the child strapped to her back, she leaves her child under a small tree, on the edges of her field.

Humming to herself she mows the earth, and soon streams of sweat clog her eyes. Her child is sheltering from the midday sun under the tree. She soon hears the sound of her son laughing uproariously, as if someone is tickling him. He’s not crying, she reasons, so it’s nothing to worry about. But the laughter becomes even more raucous, as if he’s in the company of a jester. Leaving her hoe, she takes a break and walks back to the tree. A small distance from the tree she stops erect and unmoving, like Lot’s wife in her eternal saline salute.

There is a big snake by the tree and her son is pulling it by its tail. The snake, obliging, plays along, pretending to fight. The wrestling goes on for a few minutes, and the woman, still and stiff, watches in horror. She is afraid to shout out as the child is likely to get a fright and handle the snake roughly. So she watches the drama, still and terrified, until the snake finally manages to slither into the nearby bush. That can’t be true, I say. Yes, it’s true. Snakes don’t bite kids. They can smell the milk it suckles, she counters.

But I am not in the past; it’s a Saturday morning, around 11am in Johannesburg. It’s dark and overcast as if a storm is skulking around the corner. But the air is relaxed and tensionless, as if it’s the aftermath of a thunderstorm. All of a sudden, back on the street, a light drizzle descends and the pythons reach out into the rain and curl their bodies towards the tarmac. It’s almost like they want to slither away, dirty themselves in the asphalt like millions of their ancestors before them…