It had to be Detroit that birthed a band called Death. The city itself, as some of the establishing shots in the film show, is on the verge of it. But this is not the reason the band was, as the various hipsters proclaim, “ahead of its time”.
Dannis Hackney (drums), Bobby Hackney (bass) and Davd Hackney grew up in a family of four boys. As the younger three, they bucked against Motown’s overarching influence in search of something harder, more guttural, and, perhaps, more in tune with the Motor City’s gritty self.
The preacher’s sons became interested in playing music in 1964 after watching a performance of the Beatles on the Ed Sullivan show.
In the Seventies, after buying equipment using their mother’s accident fund payout, the band rehearsed first as Rock Fire Funk Express before David, the band’s leader, had an epiphany inspired by their father’s death. Now going as Death, with a philosophy and logo to match, the band recorded seven songs at Detroit’s United Sound Studios with some financial backing from Columbia Records’ Clive Davis.
After refusing to change its name to something more palatable, Davis would have nothing to do with the band, kicking off its frustrating slide to oblivion and, eventually, belated adoration.
Before pulling the plug on Death, the band pressed up 500 copies of the hard-rocking single Politicians In My Eyes, with the b-side Keep on Knocking. The single wasn’t properly distributed but would find itself in the collections of vinyl lovers in the States some years later.
After pressing up the single, the band was put on pause for a few years, with its members all leaving Detroit to settle in for the town of Burlington, Vermont. By the late Seventies, Death was buried, and the religious brothers to pursued music in a different direction and under a different name, the 4th Movement. Given the band’s content on its eponymous album, it was praised for its musicianship but slated for its religious preoccupation. Dejected by the lack of success after two albums, David Hackney moved back to Detroit, leaving his brothers behind.
The remaining two brothers carried on gigging as the reggae band Lambsbread, which is named after a strain of marijuana. By the time Drag City Records released the band’s album, it was too late for the brain behind the “death” concept. But, as he predicted, the world has come knocking. 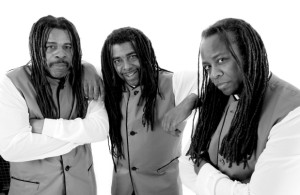 The film, told through a tapestry of levitating still photographs, bits of archival footage and moving interviews, does justice to the band’s strong family roots, but little else. The sceptre of Detroit, with its crumbling, ghostly façade, provides perfect anchor for the band’s prophetic, gloomy countenance.
We enter the brothers’ rehearsal room, where the first Death songs came to life. We meet the neighbours, who couldn’t stand the noise but are now happy to reminisce thanks to the passage of time. We meet the mother, who supported all their endeavours but later dies during the course of the film. We meet the brothers’ sons who happen on the music via some underground parties and form a tribute band named Rough Francis, after their uncle’s alias. David looms large over the film, giving it much of its emotional impetus.
But the documentary, directed by Mark Christopher Covino and Jeff Howlett, does cut some corners. The issue of race, although obviously key to the politics governing the band’s rejection and eventual demise, is skirted like a decomposing dog. Race is obviously important to the band, from the make-up of the individual members’ families, to the band’s musical choices (rock and later reggae) and on to contestations about who invented punk or who moved it forward stylistically. What can be said without equivocation is that the band rehearsed, recorded and came up pretty much around the time The Ramones did. In the movie, though, there isn’t much analysis of the socioeconomic climate of the time and how it influenced the songwriting. There’s also no mention of Death’s contemporaries. So you kind of get a band plugging away in isolation.
But as the film deals with a resurrection that is 35 years in the making, it is appropriately emotional. There are several charged moments as the family goes down memory lane.
Ultimately, A Band Called Death is much more a family movie than it is a rock story. In a sense, it is like listening to the 4th Movement, one of the band’s softer, less satisfying incarnations.