It was early 2012. An email arrived from some young musician I had never heard of before.

I lie. I had heard his name mentioned by a friend. He was Nakhane Touré, or, as his email suggested, Nakhane Mahlakahlaka.

But I had never heard him perform live or even heard his music. Attached to that email was an MP3, titled Woolf.

It began with a gentle rhythm and some ghostly vocals, deep and menacing, yet seductive: “A coat too heavy,” is the first line you hear. “A coat too heavy…” something about stones; this blues dirge was captivating.

Birthday Party guitar riffs prowled backstage as his voice sang about being “down by the river”. Then the voice lifted to quivering Jeff Buckley heights: “Did you cry, did you cry, Woolf?”

Clapping hands and electric guitar, which sounded like the late Ali Farka Touré, spliced from some long-lost radio broadcast, drove the song forward. The song swayed back and forth, the delicate, beautiful voice soaring from its gritty base.

The song was from the black American slave tradition, but with a romantic Gothic tinge, and described the last living moments of English writer Virginia Woolf before she drowned in the River Ouse. Think Nina Simone meet The Bad Seeds, produced by Tricky.

It was all so lo-fi, so bedroom recording, and I loved it.

There were other songs to come, four or five in all, as I recall.

There was a song called In the Dark Room, a song about doing something you regret the next morning.

One couldn’t help feeling an incredible sense of empathy for the character in the song crying out, “I hope you know I will hate myself in the morning for this”.

It was clear that this young musician was a tortured individual and his songs were exploring this torture, a series of purges if you will.

“My songs are so frighteningly personal,” Touré told me when we met a few months later. He cringed in his chair as he said, “But I can’t censor myself”.

I asked Touré whether his songs are an exorcism of sorts, a way of processing. “Exactly – you’ve hit the nail on the head,” he said, “I write about what troubles me. That’s a big part of it.” 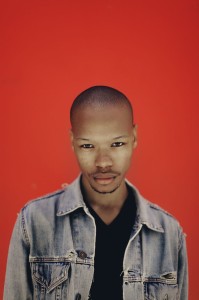 It’s now September 2013 and it’s been a month since Nakhane Touré’s debut album, Brave Confusion, was released by Just Music.

On it you will not find a song called Woolf, because the song has morphed into the art-rock monster that is The Hours.

Opening with the sound of Touré taking a deep, sharp breath, like the sound of Woolf going under the water, the song still has the chain-gang feel, but now it is even more menacing.

The vocals are still ghostly, like slaves singing from their graves, but this time Touré’s vocals are front and centre and the hand claps now sound like an army of the dead is waking up, while guitars wail in the background.

The tension could be cut with a knife. Blues dirge becomes a comet of noir-rock.

In just more than a year he has gone from acoustic guitar-strumming songwriter, pouring his heart out to a handful of punters in dodgy bars, to complicated radio-storming pop star that has made the album of the year for 2013, in my opinion.

He is like South Africa’s Ziggy Stardust, except there are no Spiders from Mars as this young songwriter flies solo.

He has descended from some distant planet to enrapture us with his tales of God and boys, love and loss, pain and joy, suicide and life.

Having charted a path from bedroom confessionals to grand pop masterpieces in a matter of a few years, Touré is reminiscent of a young David Bowie.

Don’t get me wrong, I am not suggesting Touré is a clone of the world’s greatest pop chameleon. I mean, really, who could get that right?

But, like Bowie, Touré draws influences from many sounds, from the soul of Marvin Gaye to the blues of Nina Simone, from the art-pop of Kate Bush to the urban maskandi of the late, great Busi Mhlongo, from the genre-defying Radiohead to the exquisite music of Antony Hegarty and the pop tunes of Morrisey.

It opens with an ambient intro, before you hear Touré crooning, “Just make sure you got it right” repeatedly.

After a minute and a half, the guitar riff arrives and then that catchy disco beat. It’s electric, mesmerising, a grand vision from Touré, a very serious song that has hooks in all the right places.

“What will I be without you?” sings Toure.

The song is everything that is great about Touré; his genre-defying songs manage to find a middle ground between being overtly earnest and sincere, and playful and fun.

A few weeks before Just Music released Christopher as the first single from Brave Confusion, Touré confided in me, wondering whether South African radio would take to “a gay love song”.

But he quickly countered his own labeling, “because that’s not what the song is completely about, there’s more to it than that”.

“A lot of my songs are guys’ names,” said Touré. “A friend thought it was boyfriends. It’s not boyfriends – there is a lot of biblical code there.”

We began to chat about the conflict inherent in so much of his music – the fine line between his sexuality and his religion.

“My work is about sexuality more than anything else. I get off on the performance. There is nothing sexier than music. As much as sex is a big part of my music, I still find sex a little bit gross. It’s just very animalistic,” he says.

“I wish I was more asexual, I wish I had no desire for anyone. My religion is imposing an asexuality on me and I’m okay with that … until I figure out what’s going on in my life.”

Touré is clearly battling many conflicts in his life and his music, all of them feeding into his songs.

It is palpable that his sexual and spiritual angst are right at the core of his creative process and the state of confusion that pours out in his songs is very much about him making sense of his life.

It’s a brave approach to take, opening up his inner world to his listeners, and it makes me think that calling his album Brave Confusion might just have been the most honest act of all.