At long last South Africa’s first multiracial punk band, National Wake are receiving some well deserved attention. Formed in 1979 by Gary Khoza, Mike Lebisi, Punka Khoza, Ivan Kadey and Paul Giraud, National Wake were an angry response to the apartheid state’s policies and the effect it had on the band members’ lives. “We started jamming as a five-piece with Gary on bass guitar, Punka on drums, Paul on lead guitar, Mike on congas and cow-bell, and myself on rhythm guitar,” says Kadey, who defied the state’s laws by living with his band members in a commune in Parktown. National Wake announced their arrival with their debut album on WEA Records in 1981. With cracking aggressive punk songs, such as Black Punk Rockers and International News, and some great reggae-tinged moments like Wake of the Nation and Supaman, it’s no wonder the apartheid security police kept tabs on the band.

The album caused quite a stir, as record producer Benjy Mudie recalls. “A few weeks after we released the album I got a personal visit from the special branch at the WEA office,” Mudie told the Matsuli Blog. “This record was one topic of discussion with them … we stood our ground. “In the final days we were being visited about three times a day—cops simply walking through the house, looking in ashtrays, poking around, never saying anything, coming and going at will,” says Kadey. “On one occasion I asked them if they had a search warrant and they threatened to haul me off to the station for possession of one seed of marijuana the cop promptly found in the floorboards.” 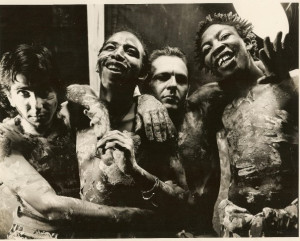 The incessant attention from the apartheid police placed huge stress on the band members and led to Giraud leaving to pursue a career in advertising and Lebisi going solo. Steve Moni, who formed the Cape Town-based group, The Safari Suits, joined the band for a short while after he relocated to Jo’burg to work with The Radio Rats leader Jonathan Handley on a side-project called The Popguns. Now record label Lights in the Attic is reissuing the bands music on CD, Vinyl and digital download. Read more about it here. 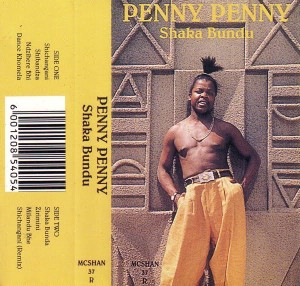 Then in other reissue news, Awesome Tapes From Africa are reissuing the album Shaka Bundu on cd, vinyl and digital download.

As Brian Shimkovitz explains on the site; “Those of you who’ve been following Awesome Tapes From Africa the blog and/or DJ sets might be aware of my nagging obsession with South African singer and mid-school Tsonga disco [Shangaan disco] superstar Penny Penny.””It took a bit of time to track down the busy politician, humanitarian and stadium-filling musician, but with the help and encouragement from Penny and his brilliant producer Joe Shirimani (who is a huge deal himself in the Tsonga music world), Shaka Bundu will be coming out on Awesome Tapes From Africa on November 12 worldwide.”

Then there is a new documentary that is coming out about Metal in Mozambique. It’s called Terra Persada and is made by filmmaker Leslie Bernstein  You can watch the trailer below.

Spoek Mathaambo returns with a new video that sees him spitting rhymes over the top of The Pixies song Where Is My Mind? You can watch the video below. 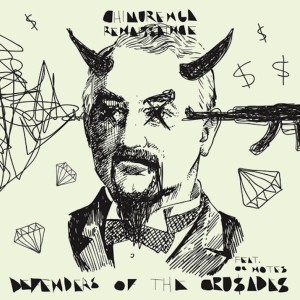 Then lastly Shabazz Palaces’ Tenda Maraire has a project called Chimurenga Renaissance that brings together Zimbawean music and hip-hop. You can stream a few tracks below, or check out a whole lot on the soundcloud page.

Or you can watch the video to It’s Time 4u2go.