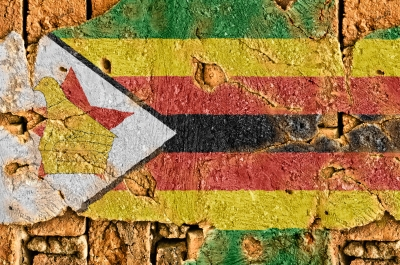 The literary world impatiently waits to hear who will get the prestigious Man Booker Prize. Noviolet Bulwayo, is one of the serious contenders with her debut novel “We Need New Names”. We take a walk through Budapest with Bastard, Chipo, Godknows, Sbho and Stina on a guava-stealing escapade. However as the story unfolds amidst much humour and literary prowess you realise that there is more at stake here than frivolous child’s play. “We Need New Names” is a derivative of her 2011 short story “Hitting Budapest” which won the “Caine Prize for African Writing.”

Noviolet Bulawayo is a pseudonym for Elizabeth Zandile Ntshele. ‘Noviolet’ was actually the name of the author’s late mother and Bulawayo I suspect honours the city in which she was born and bred before emigrating to the United States of America. Like most literary prizes, the Man Booker has had its fair share of controversy. However that’s a topic for another day.

The pressing issue at hand is: I desperately want Noviolet to win for 3 reasons. First and foremost she gets to walk away with USD$80,000 in prize money. It is about the money just as much as it is about the art. Honestly speaking, if you are a creative genius with literary skills, I don’t see why you should not reap the dividends. Noviolet has worked hard to hone her writing skills as she has a Masters in Fine Arts in Creative Writing and is a Stegner Fellow at Stanford University. Many writers out there are literally bankrupt and there’s nothing remotely romantic about a hungry artist. I was reading recently that Joburg blogger Mike Maphoto was offered R5000 or USD500 to publish his blog “Diary of a Zulu Girl” into a novel. That is an example of literary poverty suffered by most writers with a wealth of creativity.  This is why many writers continue to eke out a meagre living unless of course they can win in literary competitions like the Man Booker or become runaway bestsellers like JK Rowling. 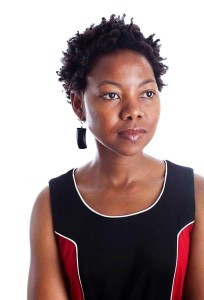 Money aside, the second reason why I want Noviolet to win is because she will be the first black African woman to win this prize. She would be making history. Nadine Gordimer was the first white South African to win the prize in 1974 for her novel “The Conservationist.”  The other winners have been both male. JM Coetzee has won the prize twice, first in 1983 for the ‘Life and Times of Michael K’ and again in 1999 for ‘Disgrace’.  The other African winner is Nigerian-born Ben Okri who won in 1991 for “The Famished Road.” In the 44 years that the prize has been running only 3 Africans have won the coveted prize.  Personally I believe it would be a coup for the prize to be won by an African considering how “African” literature is often segregated from other literatures.  You have no idea of my untold angst each time I walk into a bookshop and find African authors relegated to their own shelf with a big banner “African Literature”. I guess you could say Africans are special because you don’t ever find a shelf that says “European Literature” or “American Literaure”, which to me always smacks strongly of the great divide of “us and them”. However it is considered a triumph when African writers emerge superior in this international literary contest.

The third reason is that Noviolet winning this prize will most definitely put Zimbabwean literature not just on the world map but on the local one too. If Noviolet hadn’t been shortlisted for the Man Booker, many of you might not have read her book or even bothered to show face at her book launches. Many talented Zimbabwean writers launch their books to ghost audiences and don’t even get a line in the local newspapers.  I am happy, though, because after this coup by Noviolet, the literary spotlight will now shine on Zimbabwe. It’s been years since any Zimbabwean authors have hogged the literary spotlight. The eccentric Dambudzo Marechera won the Guardian Fiction Prize (1979) for his debut novel “House of Hunger” and Yvonne Vera scooped the Commonwealth Writer’s Prize (1994) for “Without a Name”. Pettinah Gappah also went on to win the Guardian First Book Award (2009) for An Elegy for Easterly which was also shortlisted for the prestigious Frank O’ Connor International Short Story Award. So it would be a coup for a Zimbabwean to win this coveted award. The same way Chinua Achebe paved the way for other Nigerian writers is the same way that Noviolet will pave the way for other home-grown talent.  She is truly inspirational to any young person out there who wants to pursue writing as a fully-fledged career. However, like they say, winning is not everything but whatever happens, she has certainly written her way to greatness with a new narrative on African literature.

A version of this article originally appeared in Southern Eye, a Bulawayo based newspaper.