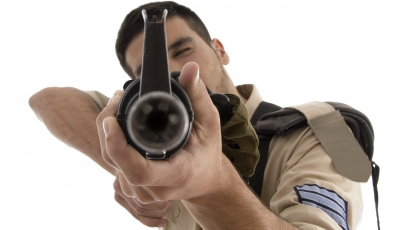 Judge Willie Seriti, who chairs the commission of inquiry into post-apartheid South Africa’s first major arms deal will be familiar with the criticism that he has taken a “one-sided approach” to the job and is leaving reams of contestable evidence unchecked and unchallenged.

Now, attempts to cross-examine two state witnesses in the last month may have revealed why this is so: the commission, investigating South Africa’s 1999 arms deal (valued at R30-billion at the time), has a design flaw, which inherently protects government from difficult questions.

The commission is divided into two “phases”: “Phase one” consists of evidence mainly given by government officials, including the defence department and former ministers. “Phase two” consists mainly of arms deal “critics” – dubbed as such by evidence leaders who regularly quote from their publicised, and published, critiques of the arms deal.

At the same time, “phase one” is limited to two of the questions before the commission: what was the rationale behind the deal and how have the weapons and equipment been utilised? “Phase two” is where the commission will deal with allegations of impropriety, fraud and corruption.

Paul Holden, who co-authored the book The Devil in the Detail with Hennie Van Vuuren on the matter, cross-examined Rob Vermeulen, Armscor’s project manager for submarines, on October 21.

Richard Young, whose company CCII was a losing bidder on one of the arms deal subcontracts, applied to cross-examine another Armscor witness, citing concerns about what Holden’s cross-examination revealed.

This makes Young the second witness to step forward to cross-examine a state witness out of fear that the commission was making no attempt to scrutinise the state’s case.

In particular, Young is concerned that Holden’s attempts to question a witness on allegations of impropriety in the deal were stymied by the evidence leaders and counsel for Armscor, who wanted questioning to be limited to only two of the commission’s terms of reference: rationale and utilisation.

What this means, according to Young, is that phase one witnesses – all government employees and former ministers – will not have to answer allegations of fraud and corruption. Fraud and corruption allegations will be dealt with in “phase two”, when the arms deal “critics” will give evidence.

Additionally, participants in the commission wishing to cross-examine “phase one” witnesses have to apply to the commission to do so, and only then will the commission consider their requests for witness statements and documentation before the commission. This leaves little time to prepare for rigorous questioning.

This is contrary to initial assurances from the commission, as stated in witness subpoenas, that all necessary documentation will be made available to participants.

Additionally, “phase two” critics say they cannot predict which witnesses will need to be cross-examined, and need access to all witness statements before the commission well ahead of time.

Seriti has also made it clear that he does not want witnesses to be subjected to delays, and they will only be recalled in exceptional circumstances. He has twice ruled that those wishing to cross-examine witnesses must be ready to do so with a few days’ notice.

Without rigorous cross-examination these “critics” say the evidence before Seriti is essentially being led unchallenged, despite “obvious” errors in some of the testimony.

Said Young, “So far most of the witnesses’ testimony is almost perjury by omission. It is certainly of very little help and value. My bottom line is that the APC [arms procurement commission] is showing itself to be going all out to accommodate itself and its navy and Armscor witnesses, who have actually added very, very little value, and making it very difficult for cross-examiners [who are also its phase two witnesses] whose cross-examination could [and in my case will] add enormous value to the APC’s work and the public’s understanding of what really happened.”

Correspondence from the commission to Holden, dated in February, shows that witnesses were told they would be only allowed access to documentation relevant to their testimony, despite previous assurances that all witness statements would be made available.

In the event that these documents were declassified witnesses would have to sign a confidentiality agreement and produce a security clearance certificate before access would be granted.

Holden’s lawyers told the commission that a security clearance certificate would be “overkill”, as a confidentiality agreement would already deter participants from using the information outside the commission.

Witnesses were also asked to make “discovery affidavits” – essentially proving to the commission that the documentation they submitted was not classified or obtained illegally. They argued this would open up witnesses from both phases to potential self-incrimination if documents in their possession were found to have been classified and also expose their sources to potential prosecution.

In further correspondence seen by the The Con, lawyers representing “phase two” witnesses objected to this.

In a letter from the commission in June, witnesses were advised that that they could cross-examine witnesses, but a full list of witnesses and the dates of their appearances could not yet be provided.

Later that month, the commission’s head of legal services, advocate Fanyana Mdumbe, wrote to Holden, Van Vuuren and Feinstein, informing them that their request for documentation encountered “complications”.

“We have noted your request for documentation. The commission has liaised with entities that have provided it with documents … There are complications associated with the declassification of documents. However, we will use our best endeavours to make such documents … available to you as soon as we have clearance to do so,” the commission said.

By August, LHR again pleaded with the commission for the documentation to be made available, arguing that most of the documents requested were already in the public domain and classification could therefore not be an issue.

“It will be impossible to make a prior application to the chairperson for leave to cross-examine, if a summary of the content of the testimony is not made available in advance of the evidence,” Cote wrote.

It is also not enough that the commission’s transcripts are available on its website, he said.

“In practice, transcripts are not made available in a timely manner. While we recognise the difficulties associated with posting the transcripts, the availability of transcripts to allow our clients an opportunity to monitor the evidence is vitally important to their participation. Witness statements have also not been made available on the website.”

Their clients, who include Holden’s co-author, Van Vuuren and Feinstein, were referring to a number of occasions where evidence leaders put allegations cited in their books to state witnesses.

“But these are not allegations that we ourselves have made,” Holden said. “In one instance, an evidence leader quoted directly from the draft Auditor-General’s report. But the question was put to the witness as if I made the allegation, when I had merely quoted from a publicly-available report,” he said.

The commission responded, saying no witnesses had implicated Holden and other critics in any wrongdoing.

The commission said the evidence was not being presented in a “one-sided” fashion, and admitted that witnesses were not being cross-examined.

“The fact that the witnesses from the department of defence have not been cross-examined does not make the proceedings one-sided or unfair. Neither can the failure to cross-examine these witnesses be blamed on the commission,” Mdumbe wrote.

The commission did not respond to Young or Holden’s allegations, but said these would be dealt with during Young’s cross-examination on November 11.

Main Picture: Post-apartheid South Africa has been staring down the barrel of its 1999 arms deal (estimated at R30-billion at the time) which has, through its opaqueness, reports of corrupt activity and attempted cover-ups of various individual’s roles has infected democracy. By imagerymajestic.

Sarah Evans is a recovering pianist and journalist with a penchant for identifying poorly-paid jobs. Occasionally, she writes about the nexus between politics, business and money View all posts by Sarah Evans →