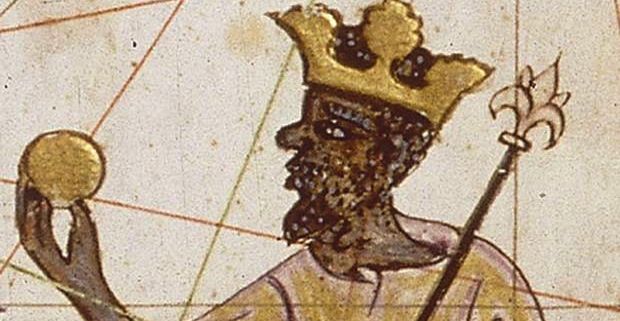 Yesterday this response to a an original blog post by Shane Jansens van Rensburg on his Shane’s Blog, came to the attention of The Con. A quick browse of Shane’s Blog gives a pretty quick idea of the kind of individual we are dealing with. Adverts for companies that print coffee mugs with the old South African flag on them, write ups of what a spectacular success Red October was, you know the type. To add to that it seems some people take old Shane seriously too, he has a book out it seems titled A Land Of Murder & Betrayal: A Hero In A Land That Needed One.

Anyway Shane’s latest contentious blog post is titled WHAT EXACTLY DID WE STEAL FROM YOU??? where he makes all kinds of racist claims that are sorely lacking in accuracy. His followers praised the piece, while Shane refused to approve comments on his blog that are critical of his racist outpourings. It seems Brian E Ebden attempted to respond to this post and the comment was not approved. Under a further blog post three days later titled Death/rape/tourture threats from retarded savages!! Shane claims to have received over 1000 death threats because of the first post.

“Some are upset that I have been deleting their comments on my blog? Well if they actually contained anything of value I might actually have left them there? But your continued vomiting of idle threats and brainless twiddle is just not worth the time it takes to read it so I will save my supporters the nausea of having to sift through it,” Shane writes.

Really Shane or are you afraid someone is going to show you up, by proving how factually incorrect your views are. So we decided to give Brian a platform to publish his response here on The Con.

An “open letter” (sic) to Shane, but more to the commentators on his blog.

Shane, in an attempt to be as crass and reductionist as you clearly are, let me say it in the only language you and your ilk understand. Jong, jy praat nou heeltemal kak! I will begin with your hallucination of ancient gold mines in Africa before I will unpack the rest of your racist garbage.

Africans were mining and using gold when Europeans were still crawling around in caves and eating their meat raw. In fact, it was Africans who educated them on roasting meat and you can find this fact in most anthropological journals that deal with the subject. I’m sure you know many people who say this when ordering a steak, “Luister, trek af sy horings, vee sy gat af en sit hom op my bord”. Back to gold mining Africans (I apologise for deviating); here is just one of the numerous examples of Africans mining gold

An interesting note about this African: “Musa made his pilgrimage to Mecca in 1324, his procession reported to include 60 000 men, 12 000 slaves, who each carried 2kg gold bars, heralds dressed in silks who bore gold staffs, organised horses and handled bags. Musa provided all necessities for the procession, feeding the entire company of men and animals. Also in the train were 80 camels, which varying reports claim carried between 25kg and 150kg of gold dust each. He gave away the gold to the poor he met along his route. Musa not only gave to the cities he passed on the way to Mecca, including Cairo and Medina, but also traded gold for souvenirs.”

I must remind you that gold was mined in Ghana for millennia just before the British murdered most of the Ashanti Kings and stole it. Yes, stole it.

In fact, all Egyptian gold (and here I will remind or teach you that every pyramid cap in Egypt was made of solid gold and was stolen by the French and British. Yes, they stole it.) was mined in northern Sudan or Nubia more than 6 000 years ago. And, of course, the Tswana, Pedi, Shona (of Zimbabwe) and the city of Kilwa Kisiwani in Tanzania worked with and traded in gold hundreds of years before Europeans even knew of the place. The Portuguese rascal Francisco De Almeida burnt down the city twice before my ancestors, the Khoe Khoe clan of Horinghaicona, wiped him out in Table Bay on March 1 1510. You can read all about Kilwa Kisiwani here as it was described as “one of the most beautiful and well constructed towns in the world”.

Perhaps this little titbit about Kilwa would interest you as they traded with places as far away as China long before Marco Polo woke up to a little tent in his pants in the mornings.

Now that we have conclusively settled your idiotic argument that Africans never mined gold in ancient epochs, let’s move on to more interesting subjects you raise, one of which is that blacks never owned land. Here I must agree with you, however, the concept of private land ownership was never a concept in the minds of Africans because the construct was and for the most part still is that those who are alive and live on the land are the custodians of it for future generations. That was always the understanding and, unfortunately, because Europeans, who misunderstood that concept and largely still do, went about murdering hundreds of millions of indigenous peoples across the world to claim ownership of their land. This was after they murdered millions of each other in Europe. So the burning question that needs to be addressed is whether whites stole land from blacks in South Africa. The short and simple answer is yes – an EMPHATIC AND EXCLAMATORY YES. Please excuse my use of CAPS, I guess maybe it will assist in driving home the point to you and your ilk.

Then you rant about money being a “Western concept”. This cannot be further from the truth as the oldest form of currency was found in China in 1000 BCE and after that India and then Turkey. After the occupation of Greece by Xerxes the Great (519-465 BC) of Persia, whites learnt about the issuing of standardised coinage and began to implement this throughout Europe. However, Africans traded in a number of “currencies”, namely cowries shells and barter, but then again you do not have to be a rocket scientist to know this fact. At this point I must admit that I’m gobsmacked at your temerity in claiming that whites where the first people to understand the notion of wealth. Where did you get this idea from? Wealth as a concept is subjective to the owner’s notion of value and never was an exclusive concept of the white man, as you put it. I can point you to Cambodia, Egypt, Iraq, Iran, India, China, Ghana, Nigeria, Peru, Mexico and many other ancient civilizations that perfectly understood this notion long before whites understood that it was hygienic to take a bath more than once a month.

Now, finally to deal with the crux of what you raise in your rant. This is what whites in South Africa exactly stole from us. You stole not only all our land and held it in your possession for 300 years, and during that time your forebears viciously subdued our advancement and benefited richly from the land, but also murdered hundreds of thousands of blacks in the process. That 300-year window of opportunity allowed whites in SA to reap rewards and benefits of unimaginable proportions. More so, the greatest theft was the theft of our minds during this period. In the words of Louis Luyt after the Springboks won the World Cup in 1995: “The All Blacks and Wallabies can never call themselves world champions because we (referring to the Springboks) we never allowed to compete against them.” By way of example, to underscore my statement, in the 20 years after your family relinquished apartheid, (using sport as an example) Hashim Amla, Herschelle Gibbs, Bryan Habana, Baby Jake Matlala and Josia Thugwane have excelled internationally and exceeded the achievements of whites.

Now, imagine for an instant if Hamilton Naki (the man who taught Chris Barnard how to transplant human hearts) was allowed to engage his craft in an egalitarian society? What about people such as Basil d’Oliveira and many like him?

For obvious reasons, I refuse to even consider engaging your stupidly rude comments – “the indigenous people built stone-age dwellings out of dirt and sticks (at best emulating the birds)” and “primitive beings dressed in skins wielding sticks, living in primitive dwellings, dragging their possessions around with them because unlike the rest of the world they had not even discovered the wheel yet”? But I am interested in finding out from what source you are quoting this dithering rubbish? If you claim your source to be Rooi Roos, Kyk or Loslyf then I understand where the kak comes from.

So, Shane, in a nutshell, maybe it’s time that you just get over it and move on.

Link: The Richest Human in All History