“Leave the gun, take the cannoli.” These are the famous words grunted out by the bulky Peter Clemenza, Don Vito Corleone’s caporegime, after the killing of traitorous driver Paulie Gatto in Mario Puzo’s novel The Godfather, a modern epic that traces the fortunes of three generations of a Sicilian immigrant family in New York.

The Canadian novelist Margaret Atwood recalled that she first connected literature with food when she read Ivanhoe at the age of 12.  “There was Rebecca, shut up romantically in a tower, but what did she have to eat?” For Atwood it was the striking absence of food, and the nourishment of body and soul, that brought its presence to the fore of her reading experience. I was at a similar age when I read The Godfather and first became aware of the sensual power that food can infuse into literature. But in The Godfather food is continuously and abundantly present. It is no mere matter of accounting for the necessity of nourishment. And it is far more than an insidious plot to weaken the resolve of low carbers. In the novel, food functions symbolically, conveying much that is unsaid. Food is used to comfort a friend, to welcome a child, to evoke memories and announce death.

Of course, the significance of food in literature is far from unique to Puzo’s novel. From Ernest Hemmingway’s spare but precise descriptions of the culinary bounty of Parisian life to Madhur Jaffrey’s evocation of the meals around which her Delhi childhood orbited and the recipes Chris Abani weaves into his searing novel of shack life in Lagos, food has been present in my reading of literature ever since. The potent presence of food in literature has not gone unnoticed by literary theorists, including those who see literary devices beyond the novel. In her book on the meaning of slavery, Pumla Gqola argues that “food as metaphor reveals … layered contexts of connection to others, creativity and continuity”. 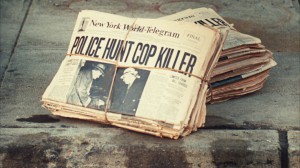 But although there’s always something particularly vivid and satisfying about the first time one reads the sort of novel that seeps into your deepest self, The Godfather stands up to the kind of regular rereading that steadily loosens the pages from the book’s spine. Puzo’s vivid descriptions of food – growing it, buying it, cooking it and eating it – are so well written that even in the famous assassination scene the reader lingers over the veal that Captain McCluskey is gobbling down as he is shot in the head and throat. As I start reading I know that for the next two or three days while I devour the drama and action of The Godfather the desire for bread soaked in olive oil, Clemenza’s tomato sauce or veal and pasta will so convincingly sway my appetite that any residual concern to Atkins my weight away will be pushed into the far recesses of my mind. I will begin to chow down on saucy pastas and bruschettas brushed with raw, rough garlic, soaked with the slightly citrus, slightly sweet tomato sauce and topped with a thick covering of freshly melted golden mozzarella. I spent much of my twenties watching BBC Food, but nothing that I saw persuaded me to abandon Clemenza’s recipe for tomato spaghetti sauce. The recipe, interestingly enough, appears in the film directed by Francis Ford Coppola, but not in the novel. In the novel, Puzo notes that Clemenza “was bustling around the kitchen cooking up a huge pot of tomato sauce”.  In the film, Clemenza gives the Don’s youngest son, Michael Corleone, a detailed cooking demonstration:

“Heh, come over here, kid, learn something. You never know, you might have to cook for 20 guys someday. You see, you start out with a little bit of oil. Then you fry some garlic. Then you throw in some tomatoes, tomato paste, you fry it; ya make sure it doesn’t stick. You get it to a boil; you shove in all your sausage and your meatballs; heh…? And a little bit o’ wine. An’ a little bit o’ sugar, and that’s my trick.”

Coppola said that he added the detailed recipe as consolation to the audience because if they didn’t like the film they would, at least, leave knowing how to make a sublime spaghetti sauce.

In the film, as in the novel, food expresses love, care, generosity and family. When the “warm-hearted and imperious” oldest son of the Don, Sonny Corleone, brought home an orphaned 12-year-old, the Don immediately accepted the boy, Tom Hagen, into his family.  No words are spoken. Food does the work. It was the offering of a “hot dish of spaghetti with rich tomato sauce, the taste of which he had never forgotten”, that bonded Tom to the Corleone family. The dish was not a mere matter of the practical need to feed a hungry child – it made the first memory that Tom came to share with his new family.

So many of our memories of deep and abiding connections to others are rooted in the shared experience of a meal. It may be a first date, a child’s favourite meal, a festival like Eid or Easter, a wedding, or the everyday comforts of a family kitchen. Puzo includes all these meals in his novel. But food is also there in the mundane activity of Connie Corleone anxiously waiting for her unfaithful, violent and good-for-nothing husband to return home in the evening. 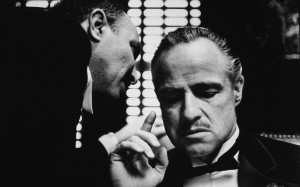 The powerful Don is constantly surrounded by food and his changing relationship to food is written into his body. As a boy of 12 fleeing the feud that tore apart his small Moorish village of Corleone in Sicily, Vito was small and thin. As a young man married with two children and making do as a grocer’s assistant in Hell’s Kitchen, New York, he was a strong, athletic man easily able to scale roofs – and to kill a man larger than himself. A giveaway line about what a “skilled cook” his wife was signals to the reader that in the coming years the Don would be a well-fed man. The Don’s growing girth not only embodies his own personal journey with food, it also signifies the rising fortunes of the people who rely on the Don for their bread and butter.

And the function of food goes far beyond both the utilitarian concern of nutrition and the joy of its sensual pleasure. It is also used to relay different types of messages. The subtle message in the form of the welcome drink that Don Corleone offered his loyal friend Nazorine Enzo gave him the courage to ask the Don for a favour. Film critics David Sutton and Peter Wogan observe that in the film version of Puzo’s novel, food functions “in this world” as the mechanism whereby “men kill but also cross over into nurturing roles as part of a gift economy where family and business are blended together”. It also tells a story of the economic and social progression of an Italian immigrant family and marks important dates on the calendar as special. In a few lines Puzo is able to whip up a description of the long relationship between Nazorine Enzo, the baker, and Don Corleone.

“Don Corleone greeted the baker with an embrace. They had played together as children in Italy and had grown up in friendship. Every Easter, freshly baked clotted cheese and wheat germ pies, their crusts yolk gold, big around as truck wheels, arrived at Don Corleone’s home. On Christmas, on family birthdays, rich creamy pastries proclaimed the Nazorine’s respect.”

Food is not only used to tell the story of good fortune. In The Godfather, even death announces itself through food. The assassination of Luca Brasi, Don Corleone’s ferociously efficient hit man, is announced by the delivery of a dead fish wrapped in his bulletproof vest. When the Don finally submits to death, it is on his own terms. Even in the last hours of his life, food, once again, is a major feature.

“The Don had gained considerable weight in his few years and worked on his tomato vines, he said, for the sake of his health. But he deceived no one. The truth was, he loved tending his garden; he loved the sight of it early in the morning. It brought back his childhood in Sicily 60 years ago, brought it back without the terror, the sorrow of his own father’s death. Now the beans in their rows grew little white flowers on top; strong green stalks of scallion fenced everything in.” 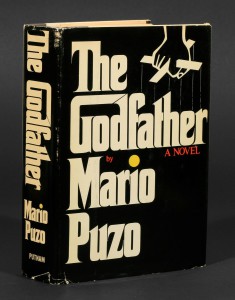 In The Godfather, Puzo shows us that food is some of the central stuff of everyday life and ritual, and often the result of women’s work and creativity. It makes community and memory. The way Puzo writes food into the story is a key part of how he humanises a once despised and excluded immigrant community. Even the Don, the kind of man who before The Godfather would have been dismissed in many quarters as a ‘Guinea thug’, emerges as a complex man who is fully humanised. Perhaps we need to do more to write food into our accounts of ourselves, our histories, our hopes, struggles and strivings.