The Brother Moves On have been through a rough time of late, but they have rallied and are busy touring the country at venues near you. They recently featured at The Con’s first event “The Brother Moves Con”, which took place in Newtown Johannesburg last week Tuesday. Thanks to all who made it. All of this is a build up to the band’s debut album A New Myth, which will be available on iTunes in early December. Buy a copy and your receipt from the album purchase gets you into the launch party on December 14. Details are below.

UPDATED: Here is the link, where you can go buy the album, released today 5th December.

THE BROTHER MOVES ON

To close off our year we would like to invite you to our album launch for our new offering – A New Myth. Needless to say, the trials and tribulations of 2013 have been substantial. Thus we have called upon an old friend to give us some hindsight to remind us of where we have been.

The Brother Moves On presents

The Afterlife with Mr. Gold

RSVP – info@thebrothermoveson.com by the December 1st

Entry for guests will be proof of the purchase of the album via iTunes or available on sale at the venue.

Food and Alcohol will be on sale for this portion of the festivities.

Then below are their dates leading up the 14th. 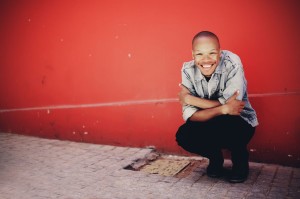