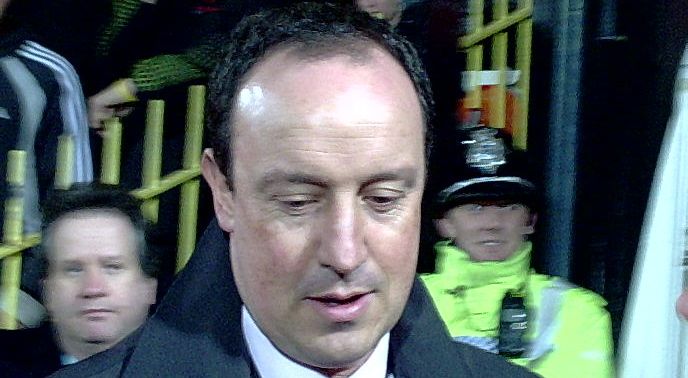 Football is a game  of bewitching charm, in which physical exertion often combines with genius in moving, spectacular ways. The trouble often comes when players or coaches are asked to explain what has just happened. What do you really expect Zlatan Ibrahimović to say about his overhead goal against England without slipping into clichés? Ibrahimovic is prone to idolising Ibrahimovic and speaking of himself in the third person but even his self-parodying and idolatrous antics can’t quite approximate his football genius. This is why it is something of a surprise that one of the most pragmatic coaches in modern football is the one most likely to use opaque parables, cryptic one-liners and folk wisdom.

Before his face-off with Arsenal in the Champions League, facing pressure at home after a series of dismal results, Napoli coach Rafael Benitez went proverbial. He spoke of a man leading his donkey by the nose who is asked by a man he meets on the way why he does not ride it. He hoists his child on to the donkey only to meet another man who asks him why his child is on the donkey rather than him. Benitez seems to be saying that no matter what he does, there is always going to be criticism.

When Benitez left Liverpool to join Inter Milan, he was replaced by Roy Hodgson. Soon they descended into the kind of spats in which a manager and his predecessor normally engage.  Benitez had left him “expensive failures”, Hodgson complained.  Benitez responded that Hodgson was talking about things he didn’t know, and that some people cannot see a priest on a “mountain of sugar”, the implication being that a priest’s dark cassock is easy to see if placed against the white background of a “mountain of sugar”.

There is another classic, from 2010, also involving Benitez and Tom Hicks and George Gillett, the Americans who used to own Liverpool. “I prefer not to talk too much about Liverpool. I prefer not to talk about this because I feel really sorry for the fans,” Benitez said. “I was watching the fans and I was really sad after the defeat [to Everton] the other day. We have a saying in Spanish, which is ‘White liquid in a bottle has to be milk’.”

What does this mean? After accumulating 86 points and finishing second in the league, what changed? The Americans arrived on the scene, they chose a new managing director and everything changed. The managing director is involved in all the decisions. He brought in a new lawyer, new chief of press, new manager, nine new players, new medical staff, new fitness coaches – everything changed. So, if you want to ask again what was going on, it’s simple – they changed something and, in the end, they changed everything. White liquid in a bottle is milk. You will know who is to blame When asked to explain, Benitez said, “White liquid in a bottle. If I see John the milkman in the Wirral, where I was living, with this bottle, I’d say, ‘It’s milk, sure’.”

Benitez and Chelsea coach José Mourinho don’t get along. But the parable that follows wasn’t aimed at Benitez but at another Mourinho foe, Jesualdo Ferreira, who was the Chelsea coach’s teacher at the Lisbon Superior Institute for Physical Education. Mourinho was in talks to be the manager of Benfica when the Portuguese club insisted that Ferreira join Mourinho as his assistant. Mourinho refused and then went on to join Porto. In a piece for Record Dez, without mentioning anyone, Mourinho laid on the metaphor thickly. One is a coach with a 30-year career, the other with a three-year one. The one with 30 years has never won anything; the one with three years has won a lot. The one who has coached for 30 years has an enormous career; the one with three years has a small career. The one with a 30-year career will be forgotten when he ends it; the one with three could end it right now but could never be erased from history. This could be the story of a donkey that worked for 30 years but never became a horse.

What, then, to make of René Meulensteen’s pep talk when he was coach at Danish side Brondby? Meulensteen, now Fulham’s manager, was Alex Ferguson’s assistant at Manchester United.  The Guardian reported that he went up to the captain Per Nielsen and said, “Okay, Per, what animal are you today?” “Erm, a snake,” Nielsen replied. “No, snakes are slow,” retorted Meulensteen. “Then a tiger.” “Good. Tigers are brave, fast and strong. That is what we need from a captain,” Meulensteen said. Writes Soren Sorgenfri Frederiksen, co-author of 4 Per Nielsen – Brondby for Evigt? (Brondby for ever?): When René has asked all 11 players, he says, ‘Okay we have pretty good cover – we have tigers, lions, we are clever, we have muscle, we are strong, and so on. We cannot lose today’. Then, Frederiksen writes, René left the dressing room and all the players sat there looking at one another and started laughing, saying, ‘Shit, what the hell is this guy all about?’ And then they went out and lost 4-0 and got two red cards.

The last word belongs to philosopher king footballer Eric Cantona. After karate-kicking an abusive fan, Cantona was sentenced to 120 hours teaching youngsters on the finer, intricate points of the game. When quizzed by the media, Cantona cryptically said, “When seagulls follow the trawler, it is because they think sardines will be thrown into the sea.” And then he walked out.