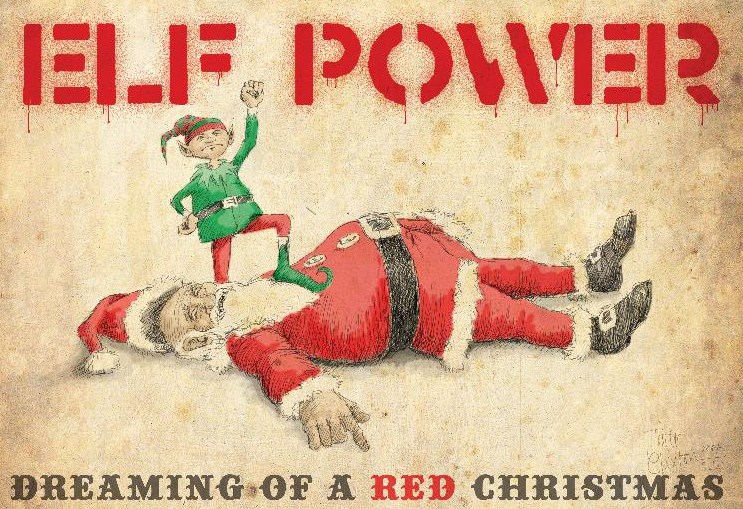 In 1935, in the wake of a devastating famine and amidst a reign of secret yet overpowering terror, Joseph Stalin decided to inject a bit of holiday cheer into the bleak and blizzard-hit Soviet winter. He reinstated the Christmas tree.

Christmas, along with all religious celebrations, had been abolished in 1917 as part of the Bolshevik revolutionary project. In the bliss of the revolutionary dawn the hopes of the oppressed had soared to the point where it had been easy enough to convince people to give up their ancient celebrations in favour of a very modern utopia.

But by the 1930s those hopes had been smashed under the brutal discipline of a party Politburo that usurped the power of the Soviets’ elected councils, in the name of the people.

It sought to run the factories like Henry Ford did in Detroit but with the backup of a secret police operation run on similar lines to that of the old Tsars. The factory was seen as the route to a glorious modern future and under Stalin (the man of steel) debate or dissent on the factory floor could get you banished to the Gulag or killed.

Throughout the bleak years of the 1930s the population of the vast empire stretching from Georgia in the South West to the far Eastern port town of Magadan were straining under the steel grip of their leader. Something had to give.

Given Bolshevism’s abhorrence of orthodox religious beliefs Stalin could not go so far as to bring back Christmas. But he could remake the old tradition and so the New Year Tree was born to celebrate the achievements of the Soviet Union.

Every household received a New Year Tree to celebrate a modern form of the ancient mid-winter festival and Father Christmas was replaced by Ded Moroz, or Grandfather Frost, who brought gifts for children.

Stalin was not the first imperial ruler to recast the ancient and always shifting and syncretic mid-winter festival for his own purposes.

The roots of the festival that we call Christmas extend far further back in time than the first attempts to celebrate the birth of the Palestinian upstart whose crucifixion became the founding event of a new religion with universal aspirations.

There is no firm evidence as to when the man who came to be called the Christ, the word of God made flesh, was actually born.

In the earliest Gospel, written by Saint Mark in around 65 CE, the story of Christ begins with the baptism of an adult Jesus. This suggests that the early Christians did not have precise knowledge of Christ’s birth.

The dates proposed for the birth of Christ by contemporary and ancient scholars and theologians generally range from March 28 to September 11 but extends to November 18. No serious scholarship has concluded that Christ was born towards the end of December.

As Christianity spread across Europe from the imperial capital of Rome to the ancient snow bound city of Trondheim in the empire’s Northern reaches, Christian emperors and kings looking to make conversion more palatable mapped Christianity onto pre-existing celebrations and festivals.

Across Europe the most enduring festival from ancient times was the mid-winter festival. Mentioned by first century Greek historian, Lucian, and with roots extending back to Babylon, and perhaps even Ancient Egypt, the festival of Saturnalia was widely, and indeed wildly, celebrated within the Roman Empire between December 17-25.

This week long festival celebrated the agriculture deity Saturn, who, according to Roman mythology ruled over the golden age of earth, when the bounty of the earth overflowed with a primordial generosity and there were no social ills.

The festivities celebrated in this week were meant to reflect this golden period. The festival included public banquets, gift-giving, bacchanalia carnivals including temporary sexual freedom and naked singing in the streets, and other forms of temporarily overturning the social norms of the period.

During the festival the Roman authorities suspended aspects of the rule of law and certain forms of behaviour that would ordinarily be considered serious infractions of the law, such as damage to property, could be undertaken with impunity.

The roles of master and slave were somewhat reverted and at one festivity the master had to serve the slave. Unsurprisingly slavers and commoners embraced this holiday with enthusiasm.
In the frozen north, from modern Germany to Norway, mid-winter celebrations were equally riotous and epic. The Yule Time celebration linked to the Norse god Odin was celebrated across the Germanic North. 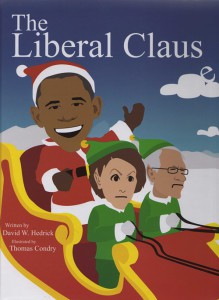 The word Yule derived from the ancient word ġéol or ġéohol. This word is thought to originate from Common Germanic *jeχʷla-, and, is the same as jól, in Danish, the Swedish jul and Norwegian jul or jol.

This word for celebration is the same as the South African jol which shows up in so many of our ways of speaking and was brought to our shores from Northern Europe, perhaps by Norwegian whalers.

Like the Roman holiday this celebration was an agriculture festival filled with the riotous fun that usually accompanied pagan festivals including drunkenness, sacrifices, overturning social norms and feasting. Many of the traditions of contemporary Christmas, like the Yule log and mistletoe, have their roots in Yule rites.

The contemporary myth of Santa Claus can convincingly be traced to St. Nicholas, a 4th-century Greek Christian bishop of Myra in present-day Turkey. But there is more than enough contention about the origins of the jolly old man. A museum in Germany has even tried to get their version of Father Christmas, or “Weihnachtsmann”, or Sinterklaas, a long bearded man with a long coat who would distribute gifts, to be declared an intangible cultural heritage by UNESCO.

But while Saint Nicholas is part of the confluence of influences that produced today’s Father Christmas this myth, like Christmas itself, has a myriad of influences. The idea of an old patriarch from the cold North distributing presents on a dark night can also be linked to the Alföðr or jólfaðr, meaning ‘all father’, which is one of the names of the supreme Norse God Odin. The Marvel Comic character Thor, or his latest avatar played by the divinely beautiful Chris Hemsworth in the blockbuster movies, often refers to Odin as All-Father.
Given the popularity of the ancient mid-winter festivals across Europe it would have been foolish for the newly Christened rulers to try and wipe them out. Beginning in the fourth century after the crucifixion, mid-winter festivals were steadily integrated into Christian rituals across Europe.

The Saga of Hákon the Good retells the story of how 10th century King Haakon I of Norway morphed the Yule festival into a Christian celebration over time, but kept the drinking of Ale at the centre of the festival.

The evolution of the ancient mid-winter festival did not come to an end once Christianity was established in Europe and the festival recast as Christmas. The rites and traditions of Christmas were remade again during and after the Reformation in 16th century Germany. Sinterklaas was promoted as a secular figure amongst Protestants who put aside saint worship.

The colonial expansion of Europe and the rise of capitalism further transformed the celebration of Christmas. And while there was a clear continuity of many ancient practices there was also considerable adaptation to local conditions.

Across the Atlantic in colonial America plantation owners and slaves continued with the ancient slackening of discipline over this period of festivities. Like the serving of slaves by their masters in ancient Rome, plantation owners of the southern United States also allowed for some inversion of power.

Discipline was lessened and slaves were given their yearly set of clothes and maybe a little something extra over and above their rations. These little acts of condescension by the plantation owners were often seized upon and whatever little freedom slaves experienced during these few days was often used to think about and discuss freedom.

Attempts to win freedom by escaping tended to escalate during this period. The practice of Christmas gifts, was another example of the minor inversion of power.

Slaves hid in wait and pounced on owners demanding their gifts. One young slave, Henry Bibb, accumulated enough Christmas gifts through this method to buy his way out of slavery.

The abolitionist movement used Christmas as a festival to conscientise Northerners about the horrors of slavery.

By the 1830s the abolitionists’ Christmas festivals had become so popular that they became their main source of income.

The central attraction of their fairs were full-grown evergreen trees, an idea inspired by Charles Follen, a German immigrant and abolitionist.

Follen a professor of literature at Harvard University had lost his job for his anti-slavery activities. During this difficult time he was visited at his home by fellow abolitionist and British author Harriet Matineau. Matineau provided an account of the wonderful tree he had in his home and it soon replaced the green shrub that the abolitionists had used in their fairs as part of their campaign. 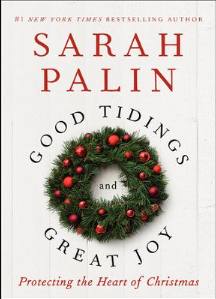 The evergreen shrub bore the message ‘Persons are requested not to handle the articles, which, like slavery, are too “delicate” to be touched.’ This little message was meant to shock the docile North out of their ethical stupor.

While Christmas was being used as a tool of liberation across the Atlantic, in England Christmas also went through a revival of sorts via the popularity of Charles Dickens A Christmas Carol.

Dickens use of the Christmas tree, carols and descriptions of meals gave Victorian England and its Empire a new and altogether more staid images for Christmas. The images conjured up by Dickens still deck cards and other images to this day. The spirit of family, goodwill and cheer became central to the message of Christmas. Dickens also attempted, through his character Scrooge, to highlight the spirit of giving over the unfettered accumulation of capital.

But by the turn of the twentieth century the infiltration of capitalism into every aspect of our lives became so complete that Father Christmas, a symbol of Christmas with ancient roots in the Mediterranean and Northern Europe, became co-opted by the sugar driven empire of Coca Cola as his image became a part of the 1930s advertising campaign.

Today, traces of all of these traditions, rites and practices can be found in celebrations of Christmas in South Africa where the old Norse term jol is part of our everyday lives. In Durban Christmas time means the beach, the braai, lychees and mangos, as well as biryani and curry, as well as distant echoes of the old practices from ancient Europe.

When the likes of Sarah Palin and Bill O’ Reilly want to contain this ancient festival in the limits of their dreary chauvinism we need to tell them that the jol, the fat jol, is its truest heart.

Second Take: The US Tea Party have been propagandising a narrow chauvinistic interpretation of Christmas aimed at children