The Con is very excited about the upcoming performance by Ambrose Akinmusire at the Cape Town International Jazz Festival next weekend. The young trumpeter, who was born in California but now resides in New York, makes music that has been described as  “atmospheric post-bop”.

An early encounter with Steve Coleman spurred Akinmusire forward in his career. He has been a sideman on albums by Coleman, pianists Aaron Parks and Vijay Iyer, trombonist Josh Roseman and bassist Esperanza Spalding too name a few.

His debut album Prelude to Cora was released in 2008, before he signed to Blue Note to release When the Heart Emerges Glistening in 2011. Akinmusire’s latest album was released on March 11 this year and is titled The Imagined Saviour is Far Easier To Paint. It has been getting rave reviews. 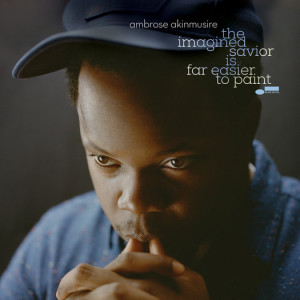 Akinmusire will be playing in Cape Town with his working quintet made up of tenor saxophonist Walter Smith, drummer Justin Brown, bassist Harish Raghavan, and pianist Sam Harris. Checking out Walter Smith III’s albums Casually Introducing (2006), Live in Paris (2009) and III (2010) are also well worth it. These albums all feature Akinmusirie on trumpet.

As a taster here is Akinmusire playing at the Jazz Standard in 2009 playing with Walter Smith III, Fabian Almazan, Harish Ragavan, Justin Brown.

Another jazz album that has recently appeared on shelves is the debut album from Kris Bowers titled Heroes + Misfits. A few weeks ago The Con brought his cover of Kendrick Lamar’s Rigamortis to your attention. Now his debut album has been released and it’s a serious work of art. Speaking about his album Bowers said,

“Even before I started writing the music for the album, I started noticing this shift in society where, for the first time, our generation was starting to speak out and be more vocal all over the world. It was our turn to be heard, and that was evident in social and political phenomena like the Occupy Wall Street movement and the Arab Spring. Generation theorists have donned us the ‘Hero Generation,’ not unlike the generation that committed itself to a great cause during World War II. Radio and the media in general used to define what we would listen to or watch or consume. But in the age of the internet, people can choose what they want to listen to or follow. They don’t need to conform. Being an individual and being unique – indeed, being a misfit – is celebrated now more than ever.” 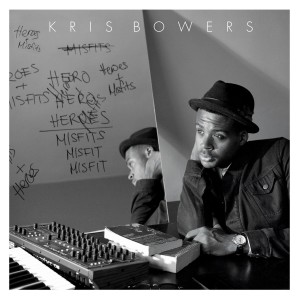