All human life matters. But not everyone gets this seemingly obvious assertion.

Either that or a lot of people don’t seem to care about it, especially in a country such as Swaziland, where hundreds of people are brutalised and killed in the name of animal conservation.

The documentary was shot in Zambia and Swaziland, but traces of the issues discussed can be found in countries across Africa.

Who can forget when South African comedian Trevor Noah tweeted something about the ‘red horn campaign’ to the effect of, “Hey, remember when we used to do that for people?”

The joke is, of course, that most people who feel so moved to mobilise around the cause to stop rhino poaching in South Africa have never felt the same way about people, have never considered injustices committed against the millions of poor and black people before or after apartheid with much empathy or concern – never so strongly, anyway, that they would attach symbols of the cause to their cars to protest and raise awareness, as they have done with the plastic red horns. 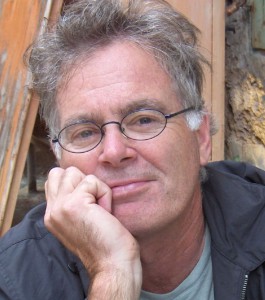 In Swaziland, the disregard is a lot more blatant – hundreds of people have been brutalised, intimidated and even killed in the name of the notorious Game Act (which allows game rangers to use force against suspects of poaching and theft) and of the king.

Environmental activist Thuli Makama, director of Yonge Nawe and the only environmental law attorney in the country, finds herself having to be both counsellor and advocate for the families of the victims. 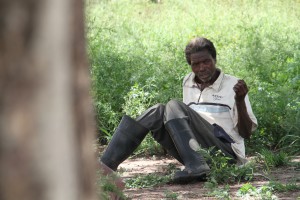 Her work brings her into contact with individuals such as Mjubi Tsabedze, a farmer accused of setting snares in a game park. Tsabedze was attacked in his home at night until he soiled himself, was beaten within an inch of his life and forced to eat his own faeces by the attackers.

In giving a platform to stories such as this, Unfair Game humanises the statistics and gives context to the issue of poaching.

Antonelli explains how: “Poaching is a complicated matter. The word ‘poaching’ is being misused and abused, and in Swaziland it is used to label people in a way that they get made examples for severe intimidation.”

Classism and racism are at the heart of this gross disregard for life – and a belief that game rangers are, as Ted Reilly (whose family owns 35 000 hectares of game reserve in Swaziland and has had ties with the monarchy for three generations) puts it, “in the line of duty”.

The Reilly family’s militaristic approach to protecting private enterprise makes the viewer wonder: duty in the service of whom, against whom, and at what cost?

The brighter side of the story belongs to Hammer Simwinga (of the Foundation for Wildlife and Habitat Conservation), and conservationists and authors Mark and Delia Owens.

After noticing a sharp drop in elephant numbers because of poaching in northern Zambia, the Owens and Simwinga partnered to reduce the indigenous people’s involvement in poaching by initiating sustainable agriculture, healthcare training and animal husbandry as alternatives to the illegal activities.

The project was apparently too much of a success – poachers who previously relied on the people in the nearby villages to carry elephant tusks from the site of the kill to them were no longer interested in assisting them. After considerable political pressure, the Owens and Simwinga had to cease operations.

The Owens were forced to leave the country. Fortunately for the people of North Luangwa, Simwinga saw to it that the project began to run again, and after involving the women in the nearby villages, their husbands, fathers, brothers and sons soon began to follow suit. His project now reaches 35 000 people in 65 villages.

Unfair Game shows that in the effort to protect natural resources, to conserve wildlife in its habitat, human rights cannot be disregarded. To reason otherwise is, in the words of Makama, “defending the indefensible”.

The documentary was shown at the Jozi Film Festival and is headed for other film festivals worldwide.