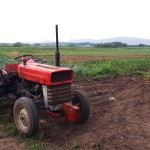 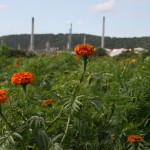 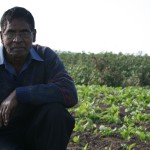 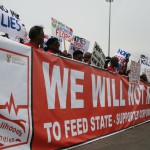 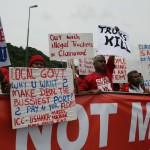 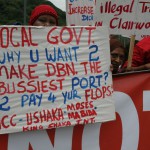 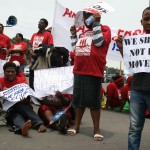 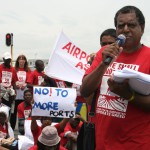 “We are walking around carrying dwarves on our shoulders who now think they are tall, forgetting about who is holding them up”, said a comrade at a recent labour gathering. The statement has nothing to do with dwarves and even less to do with us as individuals, but rather with us as a society in a country that is supposed to be democratic and led by a government that wants “a better life for all”, but that ignores this responsibility in the face of economic growth built on the backs of the common citizen.

How is it possible that we have a multibillion-rand land grab in the form of the Durban port expansion on the cards and we have thousands of citizens who will be negatively affected by this and are therefore rightfully against it, but are ignored and have their rights denied because this has been labelled a key development project? Section 24, the only clause in the Constitution that deals meaningfully with the environment, highlights that development should be ecologically sustainable and promote justifiable economic and social development. The port expansion does not adhere to this − only to lining the pockets of the elite.

On Saturday morning, the people of Durban will take to the streets in defence of their land, livelihoods, health and way of life, handing a memorandum of concerns and demands to the City and Transnet at the City Hall. If this so-called development project goes ahead, farmers who have been working on the land next to the former Durban airport for the past 25 years will have the land literally dug out from underneath their feet and local markets’ produce supply will dry up. People will either be forcibly removed from their houses or have their areas become so unliveable that they will eventually be squeezed out.

Not only will farmers lose their land but also their livelihoods. Small local businesses will be driven out as the petrochemicals industry grows and monopolises the area. Subsistence fisherfolk, who are already being harassed by officials, will have increasingly less access to beaches and piers. On top of all this, with the replacement of south Durban’s only ‘green lung’, the Clairwood Racecourse, as a logistics terminal and the massive increase of more than 2 000 trucks on Durban roads, the heritage of the area will be lost.

The City and Transnet are so blinkered by the national agenda to follow a neoliberal development path that they cannot see the terrifying implications of all of this. Where in all of this do the people of Durban benefit?

The Protest which has been dubbed “Unite against the Durban port expansion project” will take place this Saturday 29 March, 2014 and will begin at King Dinizulu (Botha’s Gardens) Kwa Pixley Ka Seme (West) Street in Durban. It will begin at 8am and finish at noon.

Megan Lewis is the media and communications campaigner at environmental justice NGO groundWork, a South African member of Friends of the Earth International. View all posts by Megan Lewis →