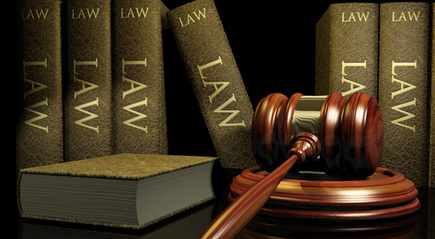 A judgment by Zimbabwe’s Supreme Court has turned what could have been another random instance of sexual violence against a woman into an examination of the role and conduct of civil servants stationed at public institutions.

In April 2006, robbers broke into Mildred Mapingure’s home in Chegutu, a mining and farming town 100km south of Harare. They raped and robbed her. She immediately reported the matter to the police, and she requested that she be taken to the hospital to be given medication to prevent pregnancy and sexually transmitted infections.

At the hospital she was attended by a Dr Kazembe, who, instead of giving her the required prophylactics, treated only her injured knee.  He told Mapingure that he could dispense the required medication, which should be administered within 72 hours after sexual intercourse, only in the presence of a police officer or a police report.

So off she scurried to the police station, where she was told the officer handling her case was away. Mapingure then returned to the hospital, where Kazembe insisted he wouldn’t help her without either a police officer or a police report.

When she finally managed, on April 7, to get a police officer to accompany her to the hospital, the doctor told her that the prescribed 72 hours, within which the drug should be administered, had lapsed.

A month later, on May 5, her worst fears were realised when she was confirmed pregnant.

Mapingure then sought to have her pregnancy terminated. Abortion is illegal in Zimbabwe except in cases in which the “continuation of pregnancy … endangers the life of the woman concerned”; and/or “where there is a serious risk that the child to be born will suffer from a physical or mental defect of such a nature that he [or she] will permanently be seriously handicapped”; or/ and, more germane to the case, “where there is a reasonable possibility that the foetus is conceived as a result of unlawful intercourse”.

Mapingure informed the prosecutor of the local court that she wanted to terminate her pregnancy, but was told she had to wait until the end of the rape trial. In July that year she went, on the advice of the police, to the prosecutor’s office to get a pregnancy termination order. The prosecutor then consulted the local magistrate, who insisted that such an order couldn’t be issued before the end of the trial.

She did, eventually, get the magisterial order on September 30, by which time she was already five months’ pregnant. The hospital matron supposed to carry out the abortion refused to do it as she felt that, at five months, it wasn’t safe for the mother. So it was that Mapingure gave birth to a baby boy on Christmas Eve 2006.

With the support of Zimbabwe Women’s Lawyers Association, she then sued the ministers of home affairs, health and childcare, and justice, legal and parliamentary affairs in the high court. Dismissing her case, a high court judge argued that Mapingure’s was in her predicament because of her own ignorance of the correct procedure, and that it was her duty to initiate the termination of pregnancy procedure using an affidavit or oath before a magistrate, further pointing out that advising Mapingure on her course of action was beyond the mandate of the public officials she encountered.

After wading through such a legal minefield, the Supreme Court found two issues especially relevant. The first is whether the civil servants with whom Mapingure interacted were negligent, and, if they were, whether she “suffered any actionable harm as a result of such negligence” and, if so, if they were liable for damages for her pain and anguish and for the maintenance of her child.

Making extensive use of legal precedents in Zimbabwe and South Africa, the Supreme Court summed up by pointing out that “the underlying rationale of all the decided cases vis-à-vis the role of the police is that their duty to act cannot be confined to their statutorily prescribed functions.

In the specific circumstances of any given case, it may be legally incumbent upon them to act outside and beyond their ordinary mandate so as to aid and assist citizens in need in matters unrelated to the detection and prevention of crime. Consequently, where such a legal duty is found to exist, and harm that is foreseeable eventuates from the failure to prevent it, the victim of that harm may be entitled to pursue and obtain appropriate compensation through a claim for damages …”

The judgment makes reference to Zimbabwe’s obligations to “international instruments that specifically address the role of women”. While emphasising that in “strict constitutional terms” some of these instruments don’t apply until they are “internalised and transformed into rules of domestic law”, national courts, the judgment noted, “should have regard for the country’s international obligations”.

A key provision of the charter enjoins states to respect the rights of women to “control their fertility … to decide whether to have children, the number of children and spacing of children … [and] to choose any method of contraception”.

The judgment emphasises a key requirement of the document − that the state should take the lead in protecting “the reproductive rights of women by authorising medical abortion in cases of sexual assault, rape, incest”, among other things. While congratulating itself that some of these rights are already in practice as part of Zimbabwe’s statutes, the judgment makes the point that “it is both proper and instructive to have regard for them as embodying norms of great persuasive value in the interpretation and application of our statutes and the common law”.

Having situated this case in this matrix, the Supreme Court found the police and the doctor negligent. The prosecutor and the magistrate were cleared of any wrongdoing.

The drugs to prevent pregnancy and sexually transmitted infections, the court ruled, “could and should have been administered by the doctor himself”. The police were found culpable for failure to accompany Mapingure to the hospital or to write a report. “They were under legal duty to act reasonably and they dismally failed to do so,” the judgment reads.

In conclusion, the Supreme Court noted that the Termination of Pregnancy Act, signed into law in 1978, is “ineptly framed and lacks sufficient clarity as to what exactly a victim of rape or unlawful intercourse is required to do when confronted with an unwanted pregnancy. The subsection obviously needs to be amended.”

The judgment partially dismissed Mapingure’s appeal for damages worth US$10 000 for the pregnancy and US$41 904 for maintenance. The chain of causation, the court observed, “cannot be extended beyond the period of one month after the appellant was raped, i.e. when her pregnancy was confirmed”.

The court ruled that “the responsibility for taking steps to terminate her pregnancy fell squarely upon the appellant’s shoulders and, by the same token, the capacity to do so lay within her hands.”