Seun Kuti is back − and he is pissed off.

His new Robert Glasper-produced album, A Long Way to the Beginning, is fuelled by angry tirades against corrupt African leaders, global bankers, corporate plunderers and the West in general. Luckily for us, it’s so laden with amazing grooves that it will have you dancing for weeks.

The International Monetary Fund (IMF) is Kuti’s first target. “So much stealing from the IMF / Manipulation from the IMF / Intimidation from the IMF,” sings Kuti, backed by great Afrobeat horns and a killer rhythm, before Dead Prez’s M1 jumps in for a verse. The song is a wholesale rejection of the idea that the collateral damage caused by neoliberal politics on the African continent is acceptable. Not one to shy away from political confrontation in his music, Kuti has branded the neoliberal financial institution “International Mother Fucker”; he takes after his father Fela Kuti in that way. In the video, Kuti plays the role of an IMF zombie who turns Nigerians into greedy zombies. You get the picture.

“This album is a soundtrack for the mindset of most young people in Africa today,” Kuti has said of the album. “As African youth, we have to stand for what we want.”

Higher Consciousness is another of the album’s early highlights. It’s an Afrobeat groove of note that sees Kuti singing about young people taking to the streets, naturally influenced by the Arab Spring. The groove has you dancing for three straight minutes, and then Kuti begins to sing about governments turning police and military on their own people when they stand up in protest against them. In a country like South Africa, which is facing increasing brutality from its police, it’s a message that should have major resonance. As he spits his venomous fury, a reel of video footage from the past two or three years flashes before my eyes − the struggle for freedom, revolution on the streets beamed into our homes.

The fury is raw, tangible, but that relentless groove just won’t let go. African Smoke is centred in a city gripped with revolutionary fervor − the buildings are going up in flames as the mining conglomerates are “the devils” after “African gold” and making “the black man suffer”. It’s a dark, twisted nightmare that is unbelievably played out in real life. The bloody massacre at Marikana is never far from view. 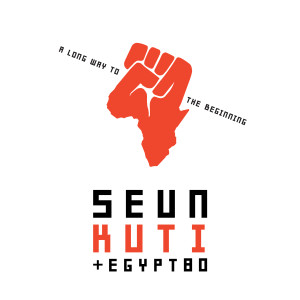 “This is the beginning of the reign of Afrobeat music,” Kuti said when he released the album in Europe. “Afrobeat is not just about being Fela’s son anymore.”

Escaping the legacy of a man as important as Fela Kuti was always going to be a tough ask.

“There are hundreds of bands playing Afrobeat around the world, from Australia to Israel and the United States,” he said. “What began with my father has become a global movement.”

He is right, but his messages are most important back here in Africa, so it’s unfortunate that the album has already been released in Europe and will only be released in the US and in Africa in May, but it’s still just a click away for the download generation. It’s clear that young Kuti is going from strength to strength, because 2011’s From Africa with Fury: Rise, produced by Brian Eno, was a monumental album, and 2008’s Many Things was no slouch. This young Nigerian is stepping out from his father’s shadow.