This weekend, The Con wants to bring to your attention two recent mix tapes that dropped in the past few weeks.

The first is from Cape Town-based producer Jumping Black Slash and is titled Gqom Bhengz.

Jumping Black Slash moved to South Africa from the UK and has immersed himself in the local kwaito and house scenes.

“I knew some kwaito when I was in the UK, the obvious stuff – Trompies, Chiskop – but not much. It was a lot harder to find back then,” he told Mahala in late 2013. “I think a lot changed when Township Funk blew up in the UK, but I was already here when that happened.” 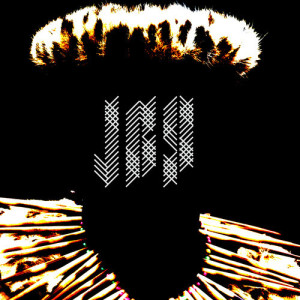 “Gqom is a more broken, minimal and darkly deep SA sound,” he said. “It’s almost like a South African techno. “People should visit KasiMP3.com and go listen to what is coming out the loxions and townships. It’s incredibly contemporary, very forward thinking and, just like kwaito, utterly unique to this country.”

Fast forward six months and Jumping Black Slash had dropped his own Gqom mix tape. You can download it from his SoundCloud page below.

It is timed to coincide with the release of the trailer for a documentary film that he and Lebogang Rasethaba have been working on, which documents South Africa’s current cultural landscape.

The mix features tracks from Con favourites OkMalumKoolKat, Jumping Black Slash, BIG FKN GUN, Moonchild and Hlasko. You can listen to the mix on the SoundCloud page below.