The last time Imperial Tiger Orchestra toured these parts, it was October 2010 and South Africa was still reeling from hosting the Fifa World Cup. It’s fitting, then, that a few weeks before the World Cup kicks off in Brazil, the Swiss-based group are back, bringing their revamped take on Ethiopian music to the African continent once again. This time it’s for an extended tour that takes in Maputo, Cape Town, Johannesburg and the Bushfire Festival in Swaziland.

In 2010, a bunch of European free-jazz musicians playing Ethiopian music was a novelty. In 2014, a recently released compilation titled Beyond Addis: Contemporary Jazz & Funk Inspired by Ethiopian Sounds from the 70’s, featuring 14 different bands, suggests that Ethiopia’s musical heritage is a more regularly mined source of influence than back then. In fact, this year’s Bushfire, which acts as the last stop on Imperial Tiger Orchestra’s Southern African tour, will also feature another band from the compilation. Akalé Wubé are a group of young Parisians who got together in 2008 to interpret songs from the swinging sound of the Ethiopian capital in the 70s. Joining them and Imperial Tiger Orchestra on Beyond Addis are impressive offerings from The Budos Band, The Heliocentrics and Karl Hector and the Malcouns, to name just a few. 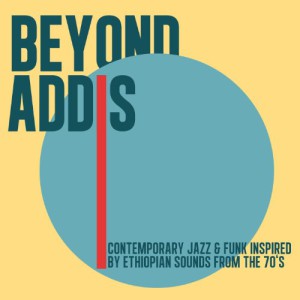 All of this would probably never have been possible without the sterling work of Buda Musique, a Paris-based record label that between 1997 and 2013 released 28 volumes of Ethiopian music from the 60s and 70s. For the unfamiliar, these wonderful releases, dubbed Éthiopiques, are well worth tracking down. Bringing this rich music legacy to the world’s attention over the past two decades, Buda Musique’s Francis Falceto probably never imagined that a spin-off of those reissues would involve contemporary bands picking up this legacy and taking it to new and fascinating places. But that’s what happened, so when The Con got to interview Imperial Tiger Orchestra percussionist Luc Detraz, that was the first question we asked. Do you think this would have all been possible without the Éthiopiques series of reissues? “We will never know,” he replied. “But the Éthiopiques series had an influence on the knowledge of this music in the world … We have shared stages with Akalé Wubé and Debo Band, but we listen to the modern Ethiopian scene more than the Ethio jazz scene,” said Detraz.

Back in 2010, trumpeter Raphaël Anker explained how the Imperial Tiger Orchestra came together. He was asked to get a band together for a performance at Cave 12, the legendary experimental live-music event in Geneva. As an admirer of Ethiopian jazz, Anker assembled a group to explore a particular music scale, common in Ethiopian music, and what they ended up with was more in the style of free jazz and noise but with an Ethiopian flavour. “All the members of the band always loved Ethiopian music,” he said. “We all came from different backgrounds and it just happened that we got together in Geneva.”

When the band first played for a South African audience at the Bassline in 2010, they offered up dark, hypnotic rhythms, littered with elements of noise and distortion, to create a revamped sound that was damn funky. There were probably only about 50 people there that night to see their performance, but everyone was shaking their ass like there was no tomorrow and went home sweaty and exhilarated. 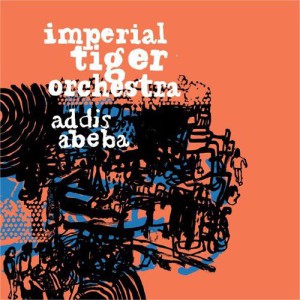 Back then, Imperial Tiger Orchestra had only one album out, the magnificent Addis Abeba, which was released on Mental Groove Records in 2010. In 2011 they followed up with Mercato on the same label, and their 2013 offering Wax was released on Moi J’Connais Records. Why did the band change labels? “Because Moi J’Connais Records is more into the music we release,” said Detraz. “Mental Groove was more an electronic music label.” “Mercato was the beginning of our research into traditional Ethiopian music with tapes we found in Mercato, a marketplace in Addis Ababa,” he said. “For Mercato we developed a sound with Jeroen Visser, a crunchy delicate sound, perfect for the power of the music.” 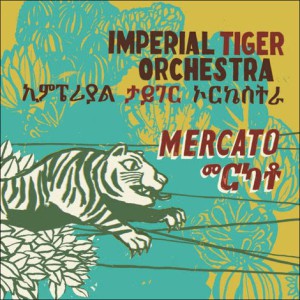 So what about Wax? “Wax is the work we did with traditional musicians like Endress Hassan, exploring our arrangements,” he said. “We used to call this mix-up ‘Wax’ – naturally it became an album.” “We used new Ethiopian instruments like the krar [Ethiopian lyre], and homemade electronic drums,” said Detraz. “The electronic pads created a modern sound with a lot of space, a power, smooth sound … We also experimented with new Ethiopian music styles like konso and tigrigna, which are very close to Eritrean music,” he added. 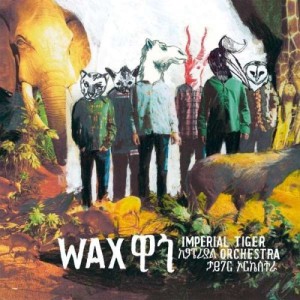 The Con asked Detraz what audiences can expect this time ’round. “Now we share the stage with Ethiopian dancers, for the audience and for us it has changed a lot; it helps to get the real feeling of the music we play,” he said. “We are very excited to play for these new audiences. It’s always magic to share live music with people from the world, because our music comes from the world.” “This music is made for shaking all the parts of your body and your soul,” was Detraz’ parting shot, and having experienced the joy that is an Imperial Tiger Orchestra show before, The Con can confirm that he wasn’t exaggerating.

29 May, Thursday: Johannesburg, The Orbit