The Encounters Film Festival kicks off today and runs till June 15th in Johannesburg and Cape Town. There are some great films being screened and The Con has picked three documentaries to wet your appetite. But you can go here to see the full list of documentaries and when they are being screened. 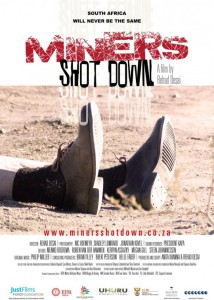 Every South African should make a point of watching Rehad Desai’s award-winning documentary Miners Shot Down. The film tells the story of six days in August 2012 that culminated in the murder of 34 striking mineworkers from the Lonmin mine in the North West. The film is a heartbreaking account that exposes the nexus of power between the ANC-led government, the National Union of Mineworkers, the South African police and the mining company. It’s difficult not to become enraged as you watch the complete disregard that all four of these players have for the mineworkers and their lives. As one strike leader states in the film on that fateful koppie: “A black life is cheap in Africa”.  Art critic Charl Blignaut wrote about the film: “Sure, we’ve seen the tragedy before, clattering across our TV news screens live. But we haven’t seen it played out like this – in a gritty chronological sequence over the course of a week leading up to the devastating shooting at the Lonmin mine. Steadily, the events are played out in numbing horror. Yes, the police are that hardened; yes, the miners are that desperate; yes, the capitalists are that greedy. Patently there is collusion between state and capital. Reality check. This was all planned and executed.” Watching the police in the aftermath of the massacre − while they stand by as mineworkers riddled with bullet holes die before your very eyes − is incredibly traumatic viewing. When juxtaposed with statements by Police Commissioner Riah Phiyega about what happened at the massacre being “responsible policing” or watching how she purposely avoids questions under cross-examination at the Farlam Commission, your blood begins to boil. No wonder Miners Shot Down won awards at both Movies That Matter and One World, two of the most important human rights documentary festivals worldwide.

Miners Shot Down finishes a run at Cinema Nouveau today and will be screened on Friday June 6 at 8.45pm at the Bioscope in Johannesburg as part of the Encounters Documentary Festival, and then again on Thursday June 12 at 8.30pm at the Labia in Cape Town. If you miss those two screenings, it starts a run at the Bioscope from June 16. 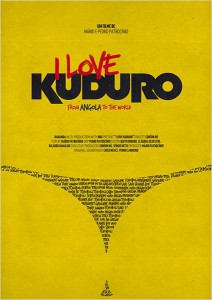 When it comes to African dance styles, kuduro is on the tip of everyone’s tongue at the moment. Kuduro means “hard ass”, the term was coined because kuduro dancers look like they have hard asses. It originated in war-torn 1990s Angola, from the fusion of Afrohouse, techno, kwaito and various Angolan sounds. For the uninitiated, it’s hard banging music, and in Angola it is pretty ubiquitous, blasting from taxis, mobile phones, television sets, clubs, community halls and packed football stadiums. Portuguese director Mario Patrocinio first came across kuduro in the ­Lisbon clubs he visited in the 1990s. His documentary explores the impact of kuduro as a lifestyle in Luanda and ­features kuduro legends Bruno de Castro, Eduardo Paim, ­Sebém, Nagrelha, Hochi Fu, Os Namayer, Tchobari, Titica, Francis Boy and Cabo Snoop. This documentary takes a fascinating look at how a dance style and music genre are being used to tell stories about what it is to be Angolan, functioning in much the same way kwaito did in South Africa. As one character in the film says, “Everyone has a problem, right? Certain stressful issues, right? But in that ­moment, all you have is peace, you know?”

I Love Kuduro screens on Friday June 6 at 8.30pm and on Tuesday June 10 at 6.45pm at Nu Metro at the V&A Waterfront in Cape Town, and again on Thursday June 12 at 8.45pm at the Bioscope in Johannesburg.

The Pervert’s Guide to Ideology 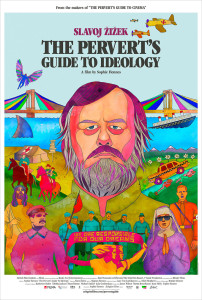 The sequel to 2006’s The Pervert’s Guide to Cinema sees the reunion of brilliant philosopher Slavoj Žižek with filmmaker Sophie Fiennes, with the pair now using their inventive interpretation of moving pictures to examine ideology, specifically the collective fantasies that shape our beliefs and practices. Using films like Taxi Driver and Full Metal Jacket, Žižek psychoanalyses how these films shape what we believe and how we behave. While reviewing the film, The Guardian’s Peter Bradshaw wrote, “Žižek wants to show us that what we perceive as straightforward reality is always shaped by ideology: ideology is what makes the amorphous mass of experience readable. The movies can show how ideology goes to work – and they themselves are doing the work of ideology.” Ultimately, the film has not received as favourable reviews as the The Pervert’s Guide to Cinema, but that’s always the way with sequels, is it not?