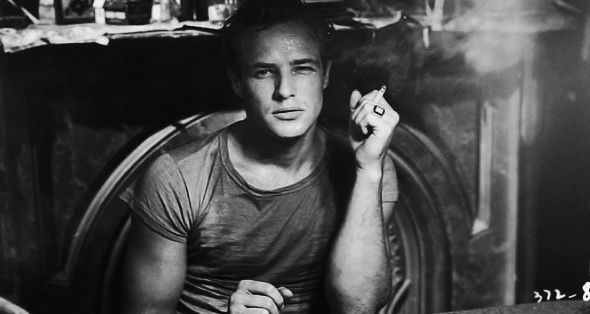 Ten years after the death of Marlon Brando, Vashna Jagarnath reflects on the life of the legend in the first of a series of four articles

I remember precisely where I was on July 1 2004, the day Brando died aged 80. I was in Cape Town. It was one of those cold, sideways-raining days. It was the kind of weather that can turn even one of the most beautiful cities into a grey, miserable place. My husband, then my boyfriend, had a winter school teaching gig at UCT. We were getting ready to entertain a bunch of people in a too-small studio apartment. By the time guests started coming through the door, the television still switched on, I heard the news presenter announce Brando’s death in the most prosaic manner. The news reader went on to briefly describe Brando’s life and death as though she was describing the emotion evoked by the colour beige rather than announcing the death of a legendary artist. I immediately excused myself and went to the bathroom, the only private space in the flat, and burst out crying? Why was I crying? I did not know Brando personally, nor did I ever meet him. Why did I feel this deep sense of loss? Over time I realised I was not the only one who felt this sense of acute loss.

In the August 2004 edition of Rolling Stone, Jack Nicholson began his eulogy to Brando with a clear statement of bold intent:

Marlon Brando is one of the great men of the 20th and 21st centuries, and we lesser mortals are obligated to cut through the shit and proclaim it. This man has been my idol all of my professional life, and I don’t think I’m alone in that.

People across the world felt the same, including a young woman in a small flat in Cape Town.

Nicholson was quite right to refer to Brando as one who is above mortals. In a world where the television has come to replace the fire as the place around which families gather, it is not surprising that the images of the individuals that flicker across the screen fascinate us as much as the flickering embers of a roaring fire fascinated our ancestors. The central space of the fire not only provided warmth but also, over time, became revered as a symbol of divinity.  Similarly, in the modern world the increasingly larger and flatter television screen has become central to family life and society more broadly. It is where we get our news, entertainment and education. I grew up in one of those homes where the television was always on, and I have been educated in equal measure by books and television.

The celluloid world has in various ways come to replace the mythological world of old. In ancient societies people told stories about heroes and gods to explain the world. Gods of lighting and thunder existed in ancient myths across the world, from Umvelinqangi to Indra, and from Thor to Lei Gong. Other heroes and saints, like Apollo and Buddha, were not only worshipped but their experiences and characters were examples to emulate. Actors have always been central to the re-enactment of these mythologies, from the ancient Greek theatre of Epidaurus to Akbar’s court at Fatehpur Sikri. But in the past century actors have increasingly replaced these heroes and gods of old; they have become the heroes and gods of our age. While we have science to explain the natural world, actors have increasing become the people who shape our understandings of love, beauty and sorrow, and have become the people we seek to emulate. And, like the gods of old, not all actors are equal. In the celluloid pantheon, Brando is Zeus. And like Zeus, Brando surveyed his domain from an elevated hilly outpost. His Olympus was on Mulholland Drive, Los Angeles, where he shared a driveway with Jack Nicholson, his The Missouri Breaks co-star and a committed Brando devotee.

In today’s mythologies, our gods don’t need to arise out of primordial disorder on the wings of divine provenance. The magic of our modern heroes is that they can arise from the most ordinary of circumstances. And you could not get more ordinary in the United States than being born in Omaha, Nebraska, as the son of a pesticide and chemical feed manufacturer. Brando was born to Dorothy Julia and her husband Marlon Brando senior on April 3 1925. His parents already had two daughters. On the face of it, this seemed like a regular all-American family. But the Brando home did not experience much of the placid peace that the American Dream imagines to lie behind the white picket fence. His mother, a disappointed artist, sought solace in drink. But despite his mother’s alcoholism, Brando still loved her. It was his father, also an alcoholic, for whom he harboured real animus. His mother drank till she passed out. His father drank to fuel his rage, which frequently resulted in physical abuse of his son. In this respect, Brandon’s childhood was not unlike that of another elemental force in American cultural life, Bruce Springsteen. But while Springsteen worked out his anger at this father through his art, Brando never let go of his animosity. Unlike Springsteen, who is a true believer in the redemptive power of rock’n’roll, Brando maintained a consistent suspicion for his craft. He declared that acting “is a business – it’s no more than that and those who pretend that it’s an art I think are misguided”.

But he was certainly prepared to work harder than anyone has to make his business of acting a success. His commitment to realistic portrayals of character changed the face of cinema. He learnt his craft in Stella Adler’s Studio of Acting in New York. Adler was an influential proponent of the Stanislavski system, developed and used by Russian actor and director Constantin Stanislavski. This technique, popularly known as method acting, requires actors to mine their own emotions to draw out characters; it is a process that produces more realistic characters than standard approaches to acting.

Brando’s difficult childhood meant he had plenty of emotional turmoil to draw on. His characters weren’t just realistic – they came alive, stalking the screen with elemental force. Brando did not use his art to work through his trauma and pain. He used his trauma and pain to make his art. He suffered for us so that we could learn something about the human condition.

Brando exploded on to the celluloid screen in 1951, after his stage success in A Streetcar Named Desire. His bold, raw and deeply honest performance as Stanley Kowalski shook up the film world and ushered in the reign of a titan. Brando was able to portray Kowalski, a thoroughly unlikeable character, with such force and intensity that the viewer can feel the weight of the some ancient destruction and pain tormenting Kowalski like the furies tormented Homer’s Orestes. The pain and hurt we see in Kowalski’s character is real – acutely so. Brando’s acting is an opening into his own pain, not a mask. This is why we are able to reserve some shreds of empathy, and perhaps even compassion, for this beast of a man. Many rate this, Brando’s performance in his debut film, as the most influential in cinema history. Brando’s portrayal of Kowalski inspired most of the great actors who followed him, people like Robert De Niro, Al Pacino, Sean Penn and Mickey Rourke. The noted film critic Roger Ebert noted that:

Marlon Brando didn’t win the Academy Award in 1951 for his acting in A Streetcar Named Desire. The Oscar went to Humphrey Bogart, for The African Queen. But you could make a good case that no performance had more influence on modern film acting styles than Brando’s work as Stanley Kowalski, Tennessee Williams’ rough, smelly, sexually charged hero.

But while Brandon drew on his own wounds, his own inner turmoil, to reach into Kowalski’s character, his brilliant performance wasn’t just a result of the spontaneous anger unleashed by a man still reeling from the pain of a troubled childhood. Brando decided he would base the movements, voice and style of the character on the great boxer Rocky Graziano. Brando would go the gym Graziano trained at and observe the boxer in minute detail. He so convincingly became Graziano that Graziano himself instantly recognised himself when he went to watch the play in 1949. He recalled in his biography, Somebody Up There Likes Me: “The curtain went up and on the stage is that son of a bitch from the gym, and he’s playing me.”

This was the genius of Brando. He did not play characters – he inhabited them. His ability to lose himself in a character probably stemmed from his childhood experiences of trying to entertain his drunk mother with mimicry. Despite a difficult start to life and a failed school career, the young man from Omaha, with a smile as beautiful as any of our celestial imaginings, was on his way to becoming a celluloid god. And the coming of this titan heralded a seismic shift in the cinematic realm.