Another voice from on the ground in Gaza 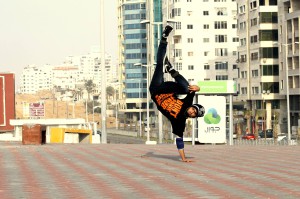 Ahmed al Ghraiz, who goes by the name of Shark, is a B-boy and cofounder of the Camps Breakerz Crew. We met Shark in Gaza last year and are in touch regularly. In a centre below his family home in the refugee camp of Nuseirat, he teaches break-dancing to mostly boys ranging from 11 years old to their early twenties. Nuseirat is a heavily crowded camp, home to more than 66 000 refugees who fled their homes in 1948. Since the war began, Shark has told the boys to stay at home, indoors. Dancing is his life. But for now, he dances alone.

These are transcripts of several brief sessions we have had with him on Skype. The conversations happen whenever there is electricity, which is unpredictable.

I was just woken up by the bombs flying in the sky. I really need sleep. The Israeli army announced it’s beginning the invasion on the ground, in Nuseirat. When you come visit in September, bring that DJ set I asked you for. Insha’llah we will still be alive. They announce this ground invasion I think because they want us to leave our houses. I really wish it’s just that and that they don’t really want to enter and kill us.

They started to bomb my camp right now. Shit. We just got bombed. Not my house, but close. There are a lot of flying aeroplanes. Now another fucking two bombs. It’s so close. Wait, I am going to lose electricity…

I got power back. I was sitting alone in the corner with no lights. Now they’re bombing by the sea. There – there is another bomb in the camp. I’m shaking. I’m really stupid. I’m listening to music. I’m trying to relax. I’m so tired and the … Israelis are going crazy. They have been bombing for five hours now. Is this boring for you? We can talk about good things.

Can I smoke? It’s my second one. I want to dance right now but it will make too much noise. So now I’ll just listen to the music and the bombs together. Bombs and beats. The problem is these stupid people who believe that Hamas is bombing Israel. Can you hear the bombs? Make your speakers louder.

They are bombing the beach now with the ships. I think they’re trying to scare us. I’m so tired but I can’t sleep. It’s too dangerous. I need to go upstairs and help my mom with the food for suhur (breakfast during Ramadan). The power will cut in four hours. I’ll get it back tomorrow at 3pm. 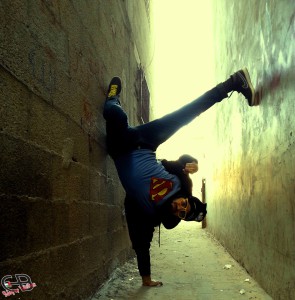 They need nurses at the hospital and I am a nurse. I was going to help today but I’ll be worried about my mom, and I need to wait for the ambulance to come near my house so I can get a ride. They are flying around so much.

I’ve put all my important papers in a bag, so if they bomb us I can run with my bag. But I can’t forget my mom. I will carry her on my shoulders. It’s going crazy.

After we said goodbye, Shark updated his Facebook status:

My brothers Hanson, Chino Ja-Rule and I are in the Camps Breakerz Crew Center right now. Our Refugee Camp, Nuseirat, was just bombed with a massive bomb from the Israeli F16s. Do you know what we just did? We just laughed. I’m sure that you’re wondering why we laughed at a time like this. I will tell you why, we just got sick of being afraid from all the bombs landing on us. We’re just waiting for two things, first is to get bombed and finally be at rest, and the second thing we’re waiting for is for this massacre on the people of Gaza to end.

The Long History of Liberal Brutality

On the Ground in Gaza

For Those We Cannot Grieve

Here is a Photo Essay from Gaza by Eloise Bullock, click on one of the images to see them in gallery format 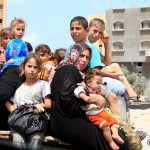 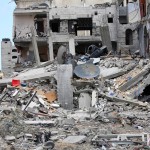 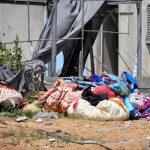 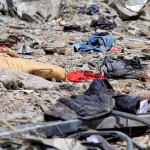 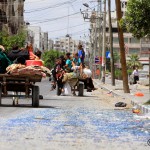 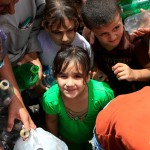 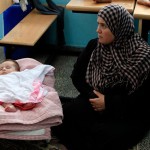 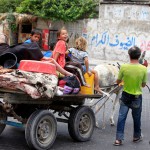 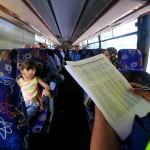 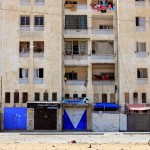 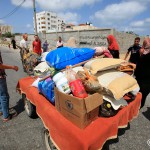 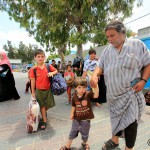 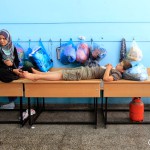 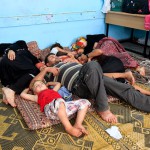 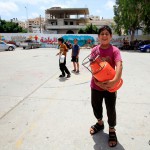 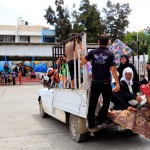 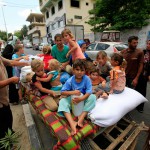 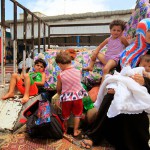 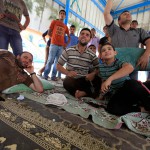 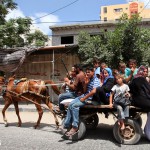