“Sometimes I want to throw myself out of the window, because it all seems so hopeless. But at the end of the day that’s all that we have – hope. That’s what I live for.”

These words stuck with me after we met 24-year-old Mohammed Jabaly last year. He is an artist, photographer and videographer from Gaza City and has made it his mission to capture with his lens what life is like inside the tiny strip of land in the Middle East.

“With my photos I want to reflect how I feel and what’s going on in my life so people around the world can understand what we live through here. Everything in Gaza speaks for itself,” he said. 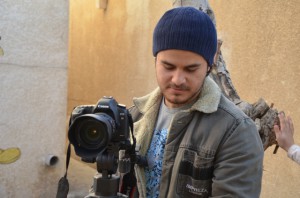 In June, as soon as the the first rockets were fired from Israel into Gaza, Mohamed Jabaly grabbed his camera and went out on the streets. A day after the war broke out last week he sent me this message on facebook:

“I’m fine but the situation not, every moment you hear airstrikes and bombing from Israeli warplanes, the situation is so dangerous, i hope everything will be fine soon, i’m sitting and staying in field and taking a lot of footage of this damn war, i hope to see u soon.”

He hasn’t left the field since, documenting the impacts of the continuing Israeli airstrikes. On Sunday I received another message:

“For this time I’m good, I witness for what the Israeli warplanes did in the last night, it’s is the deadliest on Gaza! I was in the field for 24 Hour, my eyes don’t see, they are so sleepy, and now i’m taking a rest !”

Because of the arbitrariness of the bombings, moving freely on foot has become impossible. Mohamed therefore shoots from within an ambulance – the safest means of travel for most Gazawis these days. Yesterday he was in the ambulance, taking footage of the paramedics rushing to the beach where four kids had been hit by an airstrike while they were playing football. They came too late.

To view the photos in gallery format, click on one if the images 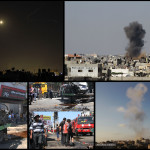 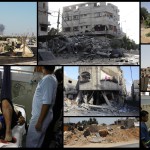 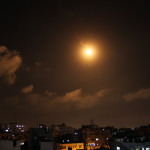 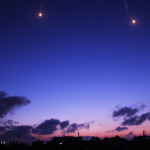 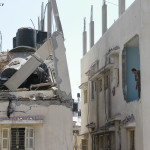 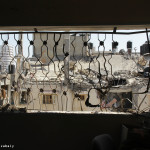 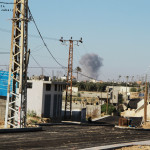 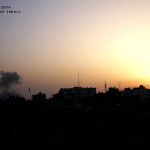 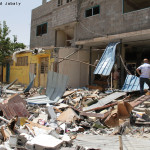 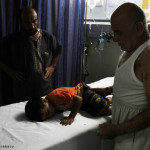 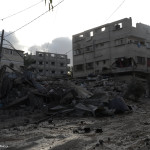 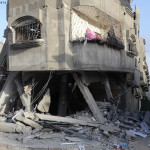 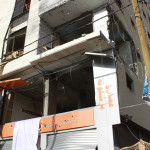 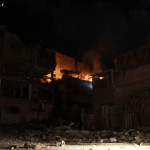 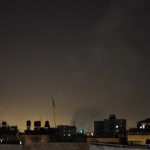