“One long, dark nightmare” is how people in Gaza have started to describe the situation in the Strip.

Day 16. The shelling continues. The death toll rises. More than 500 Palestinians have lost their lives in Gaza in the past two weeks and thousands are wounded. A third of the victims are children. According to the United Nations, more than 80 000 people have left their homes with nowhere safe to go – that’s more than during the last major war in the region in 2008.

Alaa El Masry, 24, a student from Gaza City, hasn’t left her house since the shellings began. She says electricity is becoming scarce, with many Palestinians having power for  between three and five hours a day. Once a day she manages to send out a notice: “Hamdullah, thank God, we are still living.”

It took a few days to send through what she wrote for The Con. 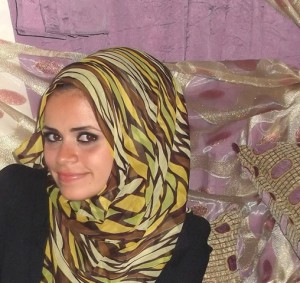 I know what it feels like when girls like us have to wear clothes fully covering our bodies, ready to leave the house at any moment. If we die, we die with our bodies and hair covered.

I know what it feels like when you see the rockets in the sky, so you immediately cover your ears, trying not to hear the loud explosions.

We, the Palestinians, know.

Those scenes are being repeated every day in Gaza; the Israeli Defense Force bombs and kills our women, children and old people, pretending they are terrorists.
Does a four-day-old girl or an 85-year-old man scare them?

There is the story of the man who has been married for a long time. For 20 years, he had wanted to have a baby. The baby finally came. But on July 17, his child was wiped out by the Israeli army in less than five seconds.

Why? Because he and his cousins were playing football on the beach.

They are taking the innocent smiles of our children away.

Children in many places all over the world sleep in their safe beds and houses among their families.

But Gaza’s children and people sleep on the pieces of rubble, all that remains of their simple houses.