When Simphiwe Dana’s single Nzima was released on Freedom Day earlier this year, it prompted many to revisit questions on how the arts positions itself on social matters. Dana dropped the single not just on the eve of the 2014 national elections, but also when we reflected on 20 years of democracy. For someone who has always linked her work to political issues more clearly, the single’s video could not curtail the stampede of various rejections and affirmations from different quarters of society.

The term iNzima in isiXhosa means burden. It’s been more than two years since the macabre killings on 16 August 2012 in Marikana, an event recognised by many as a turning point in South African politics, but the status quo persists in the platinum belt. Despite the visible cruelty the people of Marikana have endured in the past two years, generalised anti-blackness remains a silent scandal.

The video opens with an establishing high-angle shot showing Dana within a circle of candles, adorned in a green shawl reminiscent of Mgcineni Mambush Noki’s famous green blanket. With her face tilted up to the viewers as if we were God, Dana’s opening attempt is a rather anesthetising lament: “Senzeni na?” she yells with a Sarafina-esque recapitulation. The song asks God what we have done to deserve the hatred. Listening to it, though the body yearns to move, the song’s morbid subject matter keeps it stationary.

While awaiting the heavenly response, a figure reminiscent of Noki jumps to the screen. In our minds perhaps we can still perceive the stern-faced rebel striking forward into the barbaric brigade of the state police, or him standing among his own, screaming and punching the air. Here is a man in a sorority of unrelenting warriors armed with the courage of old who found it nauseating to apologise for what rightfully belonged to them. With his brothers, Noki died when they dared. But in Nzima, Noki’s double and the yelping Dana pull off a debilitating performance. They mourn, frolic and prance, but the real hero of the people never arrives.

During the dark days of institutionalised apartheid, every time the NP government shot, killed or injured blacks, crowds would gather in bloodied and misty streets and yell: Senzeni na? Drenched in their sorrowful tears, the mournful crowds would plunge into the abyss and ask God what their crime was, and His reply came in thunderous silence.

Doesn’t this remind us of Steve Biko’s criticism on the benumbing colonial theology that was inculcated on African people? Biko, the struggle hero whose philosophy of black consciousness Dana associates herself with, once warned about missionary tutelage that encourages oppressed black masses to cry ‘mea culpa’ when attempting to assuage white racism. For Biko, echoing Richard Wright’s response to Jean-Paul Sartre, the problem was never the oppressed blacks but white racism. The aim of this logic, according to Biko, was to absolve the main culprits (apartheid) by making blacks find fault in themselves and in God. Biko noticed that not only is the culpability of white folks lifted, but they’re also privy to being the saviors of blacks. 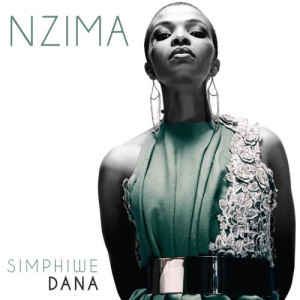 Despite Dana’s enchanting voice, Nzima proves to be nothing other than the same pretentious lament mollifying the truth to numb our senses. This cheap sentimentalisation has been a common trope, characterised by increasingly competitive offerings of better-sounding condolences and tears since that awful day in 2012.

But the truth seems to be conveniently buried beneath oceans of patronising sympathies. Dana’s Nzima drums and forces God to answer for the state’s crimes but refuses to name and shame her murderous ANC. The expediently revived audacity of the oppressed masses to confront God, through what Biko called an “inward-directed definition” of the problem, is misleading, if not just plain sacrilegious. The shocking nerve of pardoning the ANC and burdening the almighty is discourteous.

After 20 years of democracy, Nzima evokes Biko’s injunction to a greater extent apropos the negrofication of white supremacy; some might even boldly say the leftification of global capitalism. Though Biko argued that there is “no place” for artists and intellectuals inactive in people’s struggles, we must adjust this position. The triumph of inactive art, as it were, can be deduced in so-called political art’s own rhetorical and performative feigning. What is often called art with social commentary is not just art whose earth-shattering critique of the situation is appropriated by the market and global capitalism; it is art already programmed against transgressive trajectories – against politics proper, and art. It is art supposed to trigger the conscience of the system. And Dana’s overt political identification is living proof.

Under such circumstances, our imaginative possibilities are bottled and thrown away. The barrenness of Nzima signals the beginning of a devolvement in artistic integrity where the artist feeds us lies to insulate the vulgarities of a fly-by-night democracy. Or it could simply be the fact that we have reached a cul-de-sac in the romantic idea that art is inherently society’s good conscience, as if that were ever true. It permits artists to sell out but not betray an inner calling with which many of us are not endowed. Their compromising, if it is such, is a legitimate position that understands the oppressors. Like missionaries?

Perhaps we must supplement both Vladimir Lenin’s theory that “art is a mirror of society” and Bertolt Brecht’s response to Lenin that art isn’t a mirror but a “hammer” to shape our social reality. But we don’t have to choose between only a mirror and a hammer as art can be both and more – either with the system, against it, or some combination of the two. Art is available to political ideology and must choose its own direction. Will it hammer state ideology to the masses or insist on a different reality altogether? Dana has sufficiently proven to be a mirror, albeit one that reflects distorted images to appease power.

While Dana vouches that she chooses the ANC – as she famously said on Twitter – a right we cannot deny her – it is no coincidence that she sings the nation to sleep. This union of reactionary politics and creative production can produce only a stillborn. The animalistic slaughter of men on the koppies of Marikana by state police, recently well captured by Rehad Desai’s documentary Miners Shot Down, cannot be eased into a gradual siesta by shrieks and cheap laments. The struggles in the platinum belt will rage with the movement of the restless bones of the miners until freedom walks this land. Asijiki!