Today, The Con launches Gwen Ansell’s new science-fiction and fantasy column, called CONstellations, a fortnightly guide to the best writing of the genres. 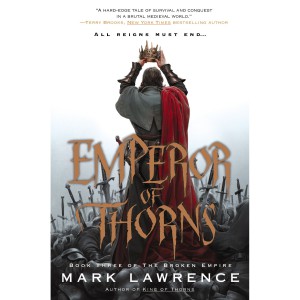 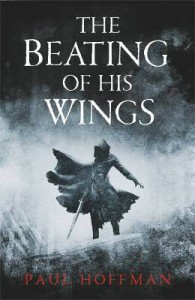 Hoffman and Lawrence both began their trilogies with boy-soldier protagonists rising to power. Lawrence’s young prince, Jorg Ancrath, joined and eventually led a vicious band of thieves after his mother and baby brother were murdered while he watched: hiding in, and trapped by, a thorn bush. Hoffman’s orphan, Thomas Cale, was raised in a military academy, the Sanctuary, by crazed zealots who saw his talents as weapons for hastening the destruction of God’s greatest mistake: humankind.

Both series gripped. Hoffman’s offered Rabelaisean breadth, extravagant language, and bitter wit. Lawrence peeled back the skin of a common media stereotype – the feral boy-soldier/thug: one inspiration was Alex from A Clockwork Orange – to reveal the tensions under one skin between bereft, bewildered kid and cunning, capable, killer.

In an afterword, Hoffman discusses the origins of his inspiration: “Aged ten, I went off to…a Catholic boarding school…The only real difference between the imagined [Sanctuary] and the real one is they weren’t allowed to kill you…we were subjected to a harsh philosophy of sin and damnation that would have been entirely recognizable to someone born in the Thirteenth Century.”

Through Cale, Hoffman explores how someone raised in such an environment fares outside it. The books create, through an imagined mediaeval patchwork, a real collage of the 21st Century, where an apparent modernity overlays elements of barbaric, feudal and Victorian thinking and behaviour – and not only in the non-Western world. The Beating of His Wings is a low-key, almost Brechtian conclusion to this satirical fantasy. There are fewer linguistic flights of fancy – which I missed – and a book-within-a-book structural device that feels unnecessary, to underline how the banal repeatedly trumps grandiose delusions. But Cale, perhaps, gets to live an ordinary life at last.

Jorg Ancrath never does, although Emperor of Thorns concludes with a kind of contentment. Lawrence says his aim was “to write about a person and the changes wrought in them by both experience and by the business of growing up.” Though he describes the literary transition as “serendipitous”, he ends up working in that interesting place at the intersection of genres where fantasy and science fiction overlap. A series that began as the fantasy tale of a wronged mediaeval princeling, with hints of magic, gradually morphs into a post-apocalyptic narrative that is hard to detail without ruining the plot twists. The second book played with the concept of memory – real and false; near and very distant – as a shaper of character. In this concluding volume, emotion occupies more of the foreground, as the adult Jorg intermittently becomes aware of his shared humanity with those around him. Despite this, there is no slackening of pace, or of bloody action. In his struggle for the imperial throne and against the ghost of his equally sociopathic royal father, Jorg still finds violence the handiest tool. The Broken Empire has certainly been one of the freshest fantasy series of the decade so far, and Lawrence promises that his next books will stay in its intriguing world.