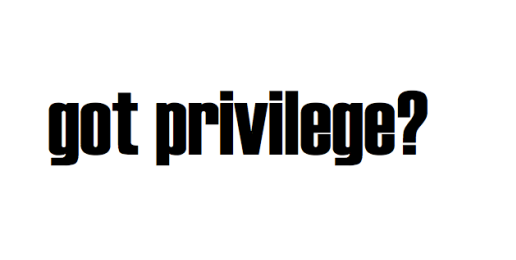 Racism does not exist only in overt acts of violence committed against black bodies. It is also in the subtle ways in which black South Africans are reminded they are not (and never will be) competent enough, which maintains the facade of white superiority and deprives black people of so many everyday experiences. It also reminds them that they are measured against whiteness. Racism is so insidious because it embeds white superiority invisible by embedding it in the social and economic institutions of South Africa. The white gaze permeates everything we do. As bell hooks says: “Even though racial apartheid no longer is a norm in [South Africa], the habits that uphold and maintain institutionalised white supremacy linger.”

The absence of overt racism does not mean racism is absent. Once we understand that we can begin to understand black experiences of disadvantage. All whites are racist in the same way all heterosexuals are heterosexist. Racism is often inherent in ordinary, acceptable, everyday acts – even benign acts of kindness. Samantha Vice says that although “it is no longer common for whites to be openly and obviously [racist], it is impossibly optimistic to think that the ways of whites who grew up and were educated in this country [during apartheid and until now] are not in some way whitely. Because of the brute facts of birth, few white people, however well-meaning and morally conscientious, will escape the habits of white privilege”

Many ways of being white inadvertently maintain a system of institutionalised racial privilege, and work to sustain and perpetuate racism. It would be “impossibly optimistic” to think that after apartheid whites who grew up in a system that painted whiteness as a homogenous and superior monolith would suddenly cease to be racist. We’ve developed Rainbow Nation-induced amnesia and denial.

Black disadvantage is apparent in the ways in which black people are reminded they are black. It is in a little white boy telling a black girl that he will be her friend only if she gets white hair. It is in a little girl asking whether I am American, because in her universe of circumstance the only black people who can speak cogent English are American. In all likelihood, her parents have a domestic worker who is the only black South African she knows personally and with whom she is able to make that comparison. It is in the ability of white South Africans only able to speak two languages – English and Afrikaans – in a country where the average black citizen is able to speak, at minimum, four languages. This in itself a product of the racial privilege entrenched by apartheid. It is in the fear which grips a white parent when their daughter brings home a black man – the body behind the swart gevaar. It is the audacity to Anglicise the names of their colleagues, friends and those who work for them – Busisiwe becomes Bee, Thabile becomes Thabz, Xola becomes X, Andile becomes Andy. These pet names are not symbols of admiration or love but rather the result of a defeated and lazy tongue and mind. It’s dehumanising. I’ts in the way townships are turned into white tourist attractions and in the expectation that in any environment your language, experience and expectations for convenience will be accommodated.

Black disadvantage further cements blackness’ construction of inferiority, just as white privilege further cements the superiority of whiteness. It further confirms and condones black exclusion from economic and social participation in this country and maintains institutionalised white supremacy, and therefore racism. We need to interrogate black disadvantage further and speak in a language that reflects the experiences of the disempowerment and oppression blacks feel in their everyday mundane experiences. Living in South Africa as a black person is to be reminded daily that you are inferior and unworthy.