Downstairs in the foyer of the Sandton Convention Centre, a stage loaded with mute instruments offers Joy of Jazz festival-goers the chance to grab their very own selfie as a jazz star. Hop up, grab a sax – never mind if you don’t know where your hands go – “Oooh, I didn’t realise: this thing is heavy!” says one woman – and in less than a minute send the image to all your Facebook buddies.

Upstairs in the ballroom – rechristened the Diphala stage – somebody slides in late beside me as Tomasz Stańko plays. My ribs are jabbed: “Who’s this?” as guitarist Jakob Bro begins a particularly quiet, intense solo.

I watch as the legend, my new neighbour types “Me listening to Thomas Stanko from Poland at Joy of Jazz” and the selfie wings its way. Then the “listener” leaves the hall. By my count, that particular listening experience lasted around 12 seconds.

All of this raises a question considerably prior to whether Joy of Jazz 2014 was “any good” or not: what are music festivals for? It’s not a new question. The English Puritans – right but repulsive – furrowed their brows over it while licentious villagers frolicked around maypoles. Much more recently, Tony Marcus’ thought-provoking analysis appeared in FACT magazine. I’m indebted to Marcus for some intriguing ideas and a great quote.

Joy of Jazz first popped up as a modest event in Pretoria in 1998, the brainchild of conversations between promoter T-Musicman and the stalwarts of jazz appreciation societies in Mamelodi, Atteridgeville and other working class communities. It’s travelled a long way, literally and metaphorically, since then. In Marcus’ typology, it would sit on the far right of corporate festivals: relocated to a convention centre in the larniest and most fortified part of town, with tickets at R750 for one night, or R1 200 for both, plus travel costs, parking, food and drink – and the price of that selfie with a sax.

What it’s for might at first glance seem obvious: staging music. Scratch the skin of that, though, and one layer down are business models: to make money for promoters and artists (almost always in that order); to provide that chimerical beast, “exposure”; and, in this digital age, to offer a unique experience not accessible via download. Scratch the skin of “experience” and we get to bringing together a like-minded community of artists and listeners around a broadly defined music genre. Scrape away at “community” and here’s Marcus’ great quote: “The festival has always been a litmus or metaphor for the limits of freedom.”

So let’s scratch away at those layers of Joy of Jazz 2014 and see what they tell us.

In terms of presenting music, this festival offered a significant improvement over the era of Newtown-based Joy of Jazz festivals. Two major problems that usually marred those events – poor sound quality and appalling timekeeping – have almost been eliminated. The sound isn’t perfect: ceilings are very high, creating some echo, and on the Mbira stage something about the ambience makes the sound harsh and glassy, with strident top notes. The bars in every venue were not as obtrusive as they threatened to be. But they were noisy and unpleasant when the music was intimate or the halls less than full. Audiences were not even asked to switch off their cellphones, and loud conversation ran riot. Given that the SCC has more than ample service facilities outside the concert halls, the bars are an unnecessary irritation.

Onstage, artists had space to move – lacking in those tented Newtown platforms – which makes big band sets far more relaxed. Lighting design was pedestrian, but that’s a minor quibble and far preferable to an overdose of coloured smoke. No show I attended ran more than 15 minutes outside advertised times, making following the advertised programme and commuting between gigs far less frustrating than it used to be.

Commuting, however, created one new problem. Narrow escalators, narrow landings between them, and awkward signage that caused people to pause and orient created dangerous conditions that at some points felt like a bad crowd accident waiting to happen. There are two solutions. The first is stricter crowd control; the second, more thought about the location of specific concerts so there is less need to move around. Organisers who know and understand the music should be able to predict potential crowd flows and programme to minimise these.

The artists are responsible for none of this – they all did their jobs with joyous and skilled creativity. If you watched shows for longer than 12 seconds, it wasn’t possible to hear everyone, but here’s a selection. Kyle Shepherd, Shane Cooper and Jonno Sweetman filled the Conga stage with intricate, empathetic music. The crowd held its breath when, on Johannesburg, a tense duet between prepared piano and bass took us somewhere Far East and home again.

Omar Sosa’s percussive keys invited us into a carnival of the spirits, peopled by robed and crowned players invoking the sounds of the natural and elemental world. Delfeayo Marsalis and the Uptown Jazz Orchestra offered a more literal carnival, complete with purple-sashed, umbrella-twirling marshal and parade, all the while playing tight, inventive New Orleans big band jazz proudly and beautifully. Feya Faku’s lyrical compositions drew more than 4 000 people to his set for a master class in the language of our jazz.

Stańko and his Dark Eyes quintet evoked the cold, clean, grey light of Eastern and Northern Europe, and then warmed it up with his own blistering trumpet solos, soulful piano from Alexi Tuomarila, and the crisp, witty drumming of Olavi Louhivuori. As the night came to a close, everybody fell in love with the cuddly teddy bear who is Gregory Porter – a facade that may hide from some fans just how damn clever and skilled a singer, inside and outside the envelope of the tradition, he is.

So now, what about that freedom thang Marcus was writing about?

It was certainly present in the music, not only in the explicitly free style of a player like Stańko but also in the extent to which intense, complex improvisation – music being created as we watched (as opposed to the prepackaged fusion that dominated early editions of Joy of Jazz) – was the discourse on most stages. And despite the sterile, corporate environment, there was community too, most apparent in the way audiences for South African artists like Shepherd and Faku knew their music. A Shepherd tune like Dream State was put on record only recently, yet all around me people were humming the head.

But as the comrades in red overalls keep reminding us, there is a thing called economic freedom that cannot be separated from all the ways we live and interact, including how we deal with our cultural capital.

Here, the report card is much more mixed.

Though “development bands” played on the second and fourth floors, advance publicity gave them only that patronising portmanteau title (just as Sandton Tourism contributed to the event by promising us “buskers” in nearby eateries). The “exposure” that lures such youngsters – often from poorly resourced township music projects – to perform, is worth nothing if they are not named in the programme, and given prominent billing and strong support.

The crowd was racially diverse, as South African jazz (to some extent) has always been. But there was far less economic diversity. Friday’s much smaller audience suggested that at those prices, most patrons find it hard to stretch to more than one night of music, and this year Saturday won. Unlike in Newtown, where booming amplification let even the lower-income citizens of the inner city share some of the sounds and much of the vibe, this music was hermetically sealed in its own inward-looking fortress, leaking out only to elite diners in high-priced restaurants – who could well have afforded tickets if they wanted them. No free concert in the inner city gave those without deep pockets even a taste of this weekend’s music. All of that could be read as a massive vote of no confidence in inner city regeneration, and disinvestment from the cultural and intellectual capital enshrined in poor urban communities.

Indeed, just around the corner in Alexandra, a jazz appreciation society was holding its regular session at the very same time. The Joy of Jazz promoters have good knowledge of, and contacts with, these organisations, which historically kept jazz alive in the dark days, and built social cohesion and social consciousness around jazz to educate listeners about the music. Bridges to such roots organisations have begun to be built through the Road to Joy of Jazz activities such as classes and gigs around the country. The festival has the potential to create from these events a unique model of community engagement, but only if the initiative is year-round and informed by a consistent vision, rather than comprising a handful of precursor activities whose purpose seems mainly to drum up publicity for the big event.

Add to that the growing tendency for audiences to be reduced to a solipsistic collection of anomic individuals, each chained to their own gleaming little screen – in a concert hall, with 4 000 others, for God’s sake! – and that selfie with a sax may carry a higher price tag than its enthusiasts yet realise.

Check out Tseliso Monaheng’s photos from Joy of Jazz 2014, click on an image to see them in gallery form 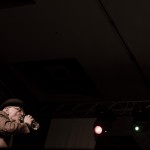 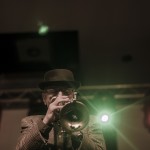 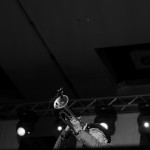 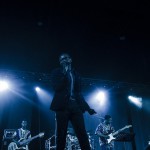 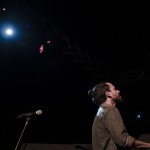 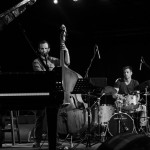 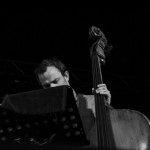 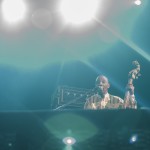 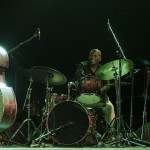 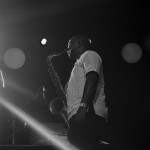 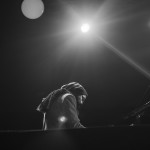 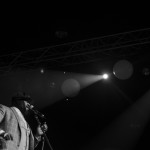 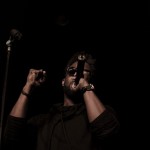 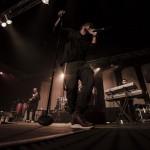 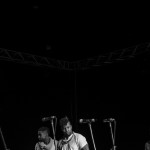 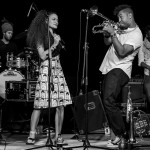 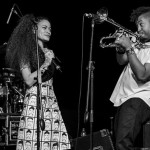