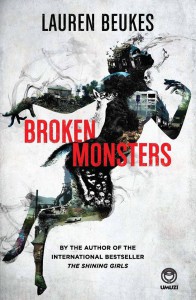 Horribly bloody crime fiction seems to come in two varieties: misogynist slash-fest and feminist slash-fest. The first is offensively obvious in its lip-smacking relish for the plight of women in jeopardy and worse. In the second, progressive writers of both sexes (think of Steig Larsson’s Millennium trilogy, especially its first volume) use the genre to demonstrate the logical end-point of misogyny, or to give female victims the opportunity to strike back. That was what Lauren Beukes’ international fiction debut, The Shining Girls, also aimed to do.

In some ways, for Beukes’ South African fans, the book was disappointing. Partly, that was a predictable nationalist reaction. There are very few – even South African – fiction writers who get Joburg right. In Zoo City, Beukes suffused the city’s reality with fantastical elements that actually intensified its Joburg-ness. The Shining Girls may well have done the same for Chicago, but I don’t think that city needs Beukes’ fresh kind of imaginative branding quite so badly as Joburg still does.

The Shining Girls followed time-travelling serial killer Harper Curtis, compelled to snuff out the potential that, to his eyes, literally glowed from the bodies of various highly talented young women. For some of us there was a literalness to their killings that did not quite escape the very genre tropes Beukes was clearly playing against. Those ropes of intestine and clotted lumps of blood and hair infest every slasher-fest on the shelves. That was the other aspect of the disappointment. It was a bit like reaching for a book by Ursula Le Guin and finding it co-authored by Lynda La Plante.

None of that negated Beukes’ considerable gift for words, structure or imagination: The Shining Girls’ strongest suit was the deftness with which she handled the time travel, and the beautifully sketched enigma of the house that served as Curtis’ portal to past and future. Unlike the forensically detailed blood and guts – and much more like the magically open visions of Zoo City – Beukes used the power of what was not said to give her readers room to think.

Broken Monsters is not like either of those previous outings. Neither urban fantasy nor horror tale, this book fits more comfortably into the kind of territory Charles Stross and Cory Doctorow have made their own: taking a facet of the present and riffing on it to the point where we see the future implied (and already partly realised) within it.

Within the trappings of solid police procedure, Broken Monsters follows the exploits of another protagonist who, like Curtis, is mired in the banality of evil. This killer creates literally twisted artworks, fusing the bodies of his human victims with those of animals. He is hunted by Detective Gabi Versado, single mother to a teenage daughter, Layla. That daughter in turn, with her best friend, hunts, taunts and outs paedophiles online. For these characters and their world, the tickey on which everything spins is the permeable border between private activity and public display facilitated by the Web.

Detroit – ruin-porn capital of the internet – is the perfect setting for these hunts: a place where shuttered sites of decay are forced open for the delectation of the world. That kind of violation is embodied in the book in Jonno Haim, a failed middle-aged journalist pathetically trying to reinvent himself via online travelogues on Detroit’s forgotten corners, exploiting and plagiarising the local knowledge of his much younger lover. Jonno is the channel through which the killer’s very private perversions become exhibited and hunted as works of art. The book’s episodic, multiple-viewpoint structure mirrors the illusion of separation created by online interactions, but all the hunts rebound on the hunters as virtual relationships intersect and turn nastily real.

There’s not much investigative tension: the killer’s identity is clear from early in the narrative. But the procedural aspects of the narrative provide a necessary grounding framework for the fantasy. It’s a fantasy you might never classify as such – Stephen King has already hailed the book as a horror novel – because, like the best of the genre, it’s less than a millimetre from the reality we all already inhabit. And, far better than the crude fusion of boy and deer with which the tale begins, it’s so artfully put together that I can almost forgive Beukes – this time – for deserting Jozi. 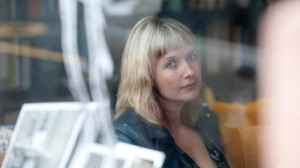