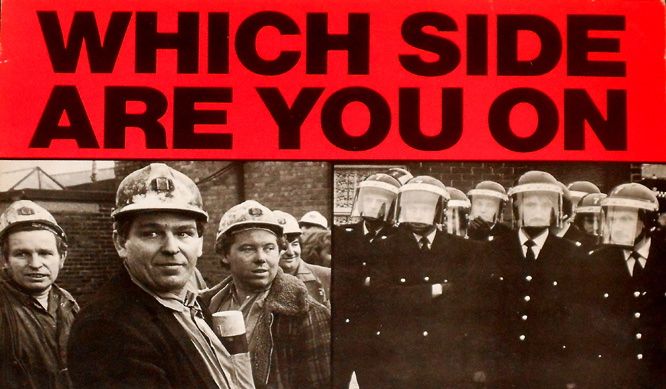 Central, in this case, is the SA Clothing and Textile Workers’ Union (Sactwu), two of its former general secretaries and the present incumbent.

Copelyn was the long-serving Sactwu general secretary who went to parliament in 1994 as an ANC MP. He was joined by Golding, former deputy general secretary of the National Union of Mineworkers (NUM). But they soon deserted parliament to launch in 1997, an investment company, using union funds.

Sactwu remains the largest single shareholder in Hosken Consolidated Investments (HCI). This company has interests in many areas known for low-paid labour: hotels, casinos, coal mines and transport. And while the Sactwu investment arm has boomed, the clothing and textile industry has lost tens of thousands of jobs. A number of premises that once housed a thriving garment trade are now part of an HCI rental property portfolio.

And it was not for the first time that Kriel has stepped outside his union role to intervene in commercial matters. In December last year in the wake of the controversial takeover of Independent Newspapers by Sekunjalo Investments, Kriel initially demanded that all queries relating to the takeover and the subsequent sacking of Cape Times editor, Alide Dasnois, be referred to him.

Although Kriel would not confirm it, it is understood that Sactwu’s investment vehicle may have contributed some R200 million toward the Independent purchase. Whatever the details of the case, there is more than a hint here of how unions involved in big business and investment, may blur the lines between the interests of labour and capital.

In our economic system, it is in the interest of employers is to maximise profits while workers want to improve wages and conditions, a cost on profits. This leads to what supporters of the system sometimes refer to as “creative tension”, that is resolved by negotiation.

It is not in the interests of workers to weaken, cripple or destroy a business to which they sell their labour in order to survive. But it is certainly in the interests of capital to undermine the strength of labour and to ensure a regulatory environment that favours employers.But what happens when the representatives of labour, the unions, also become employers, relying on maximised profits in order to ensure higher dividends?

Supporters of this development maintain that the profits then go to benefit union members.

Critics point out that this is at the expense of other workers and amounts to “crumbs from the table of capital”.

It is a contradiction that, at the least, leads to confusion. Yet there is an understandable history of unions and their federations openly supporting — usually after debate and democratic decision-making — political parties and campaigns, both financially and in terms of volunteer labour.

In South Africa’s case, Cosatu, although not all of its affiliates, is part of the governing ANC-led alliance, a lingering legacy of a common battle against the apartheid system. By and large, this qualified as unadulterated rank and file support, at a particular time and for openly debated and supported policies that workers saw might strengthen their position. It is the antithesis of moves to increase the power of capital.

Unions crossing this boundary, brings to mind the opening line of a song from the 1931 miners’ strike in the US state of Kentucky: “Which side are you on?”

Main Pic: The Cover art for a compilation of songs and music made in support of the UK coal miners strike  of 1984-85