“This is my country!” the blond Aryan male screamed as he stumbled out of a side street directly into our path.

“This is my country!” he repeated vehemently, his clothes tattered, his eyes looking crazed.

Siyabonga and Zelizwe Mthembu, from Johannesburg artist collective The Brother Moves On, and I were walking along Møllergata, a long road running through the heart of Oslo.

Møllergata connected our hotel with the live-music venue Bla, where we had been watching BBC Radio’s DJ Gilles Peterson playing a set of Brazilian music, particularly songs from his new album Sonzeira: Brasil Bam Bam Bam.

It was clear that three South Africans sharing “his” streets affronted this Aryan.

We swerved around him and kept on walking. He shouted after us, something about “killing for crack”, followed by a louder proclamation that he “sucked dick for crack”. We didn’t look back, none of us keen to take him up on his offer. 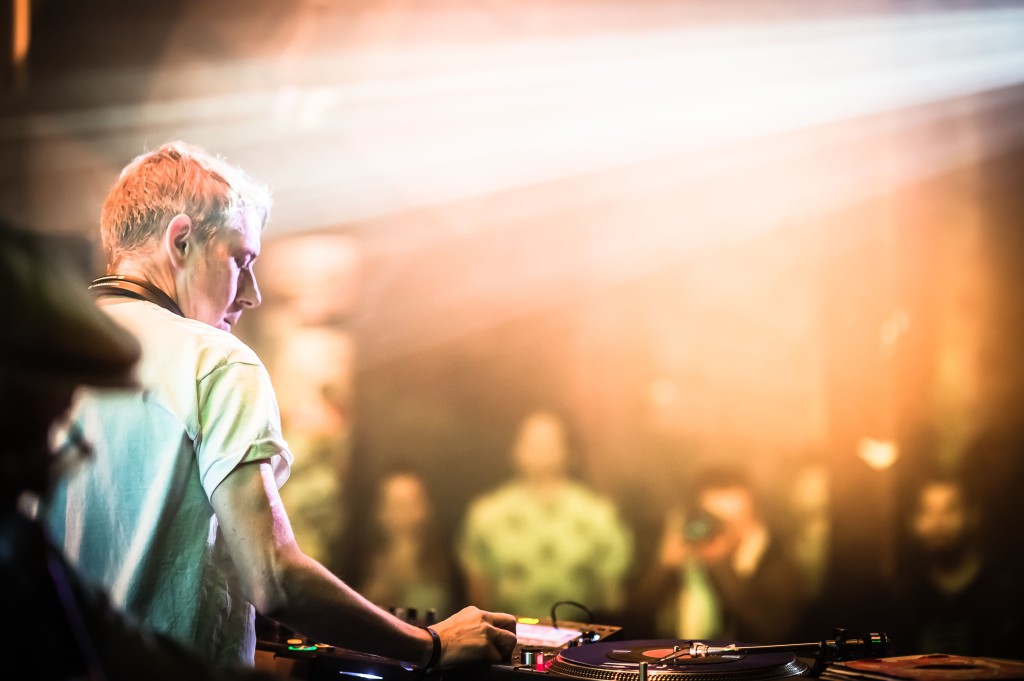 For one of the richest countries in Europe, with an enviable social welfare system, it’s perhaps surprising that Norway has topped the list of drug-related deaths in Europe since 2007.

In 2011 it was reported that there were as many as 10 300 injecting drug users in the country of five million people.

As I spent the next week wandering around the streets of Oslo, moving from gig to gig at the Oslo World Music Festival, the encounter with the xenophobic crack-head kept coming back to me, especially his words, “This is my country”.

After a week of conversation with a host of Oslo residents, it became clear to me that Norway was not a country at peace with itself and its identity.

Like most of Europe, since the global economic crisis and the ensuing austerity measures aimed to right the ship, Norway has witnessed a move to the political right, especially vocalised though a rising tide of anger directed at immigrants; or to be more blunt, anyone who doesn’t look like a member of the “master race”.

As one Norwegian of Japanese ancestry said to me: “They’d sooner believe that you were Norwegian, being a white South African, than they will that I am, and I was born here.” 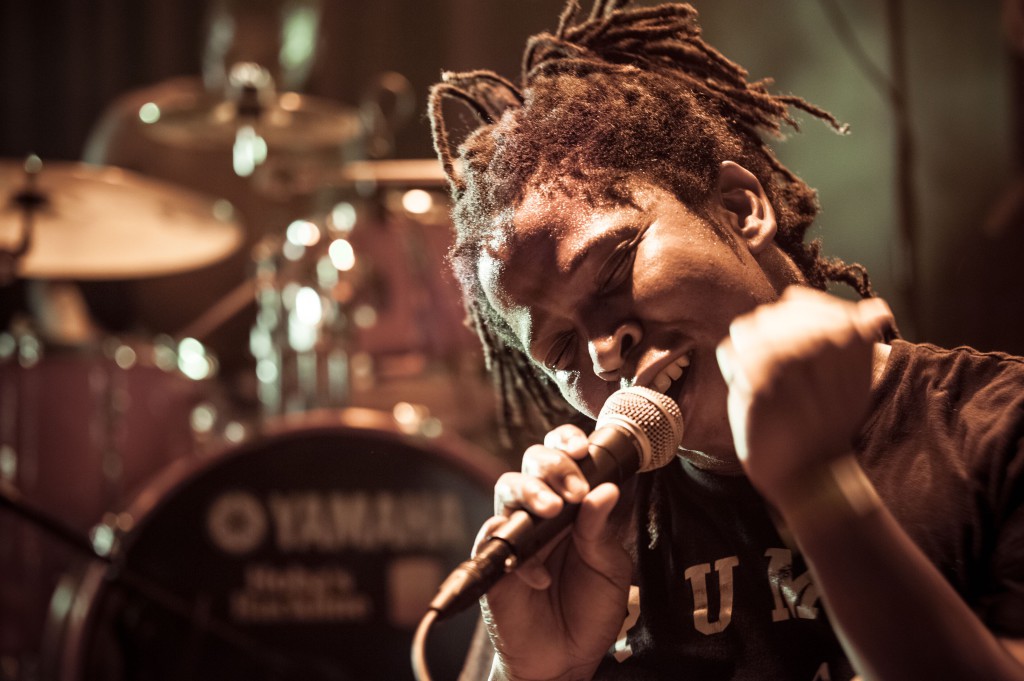 In September last year, the Norwegian Labour Party lost the national election after eight years in power, and a coalition government was formed that included the Conservative Party and the rightwing Progress Party, which has been accused of xenophobia.

Progress Party politicians deny these claims, but during election campaigning some of their leaders proposed halving the immigrant population in Norway and dramatically slashing the number of asylum seekers accepted into the country.

Talking to Norwegians in restaurants, bars and concert halls during the week I was in Oslo, the conversation about the rise in anti-immigration sentiment often came back to one man, Anders Breivik.

In July 2011, Breivik killed eight people in a bomb attack in Oslo and 69 others at a Labour Party youth camp on Utoya Island. He was a member of the Progress Party until 2006, when he left the party as he felt its policies were too liberal.

Police examination of his contacts brought attention to the Europe-wide online discussion of anti-immigrant and nationalist ideas.

Breivik’s internet search history showed he was a regular visitor to many popular nationalist, anti-Islam and anti-immigration blogs, from which he borrowed extensively while penning his 1 518-page manifesto, 2083: A European declaration of independence.

Breivik said his assault was a self-styled mission to save European “Christendom” from Islam.

He argued his victims deserved to die because they supported Muslim immigration, which he said is adulterating pure Norwegian blood.

“Since Breivik’s attack in July 2011, the country has reacted by rallying against immigration and asylum seekers,” a Norwegian of African decent told me over a drink in downtown Oslo. “Breivik’s intent was to kill the children of the left in Norway as they were seen as pro immigration, yet the message that the country has taken from his violent attack is to move towards the right and its language of intolerance towards immigrants.

“This country is becoming more and more racist,” she said. “It’s horrific how immigrants are being treated.”

I spoke to numerous immigrants and refugees in Oslo during my one-week stay, and they all confirmed this interpretation of where Norway is heading.

One Pakistani refugee who was working in a fast food restaurant on a six-month work permit said the Norwegian government was making life very difficult for him to stay in Olso permanently.

He said his experience within Norwegian society was that 10% of Olso’s population treated immigrants with respect, but that 90% are “not nice people”.

The immigrant of African decent spoke about a debate in the country about how the country can’t afford to take refugees from Syria, because they will become too great a burden on Norway’s already “distressed health system”.

We both laughed at the ridiculousness of that statement.

“Do Norwegians even know what a distressed health system looks like?” I asked rhetorically. 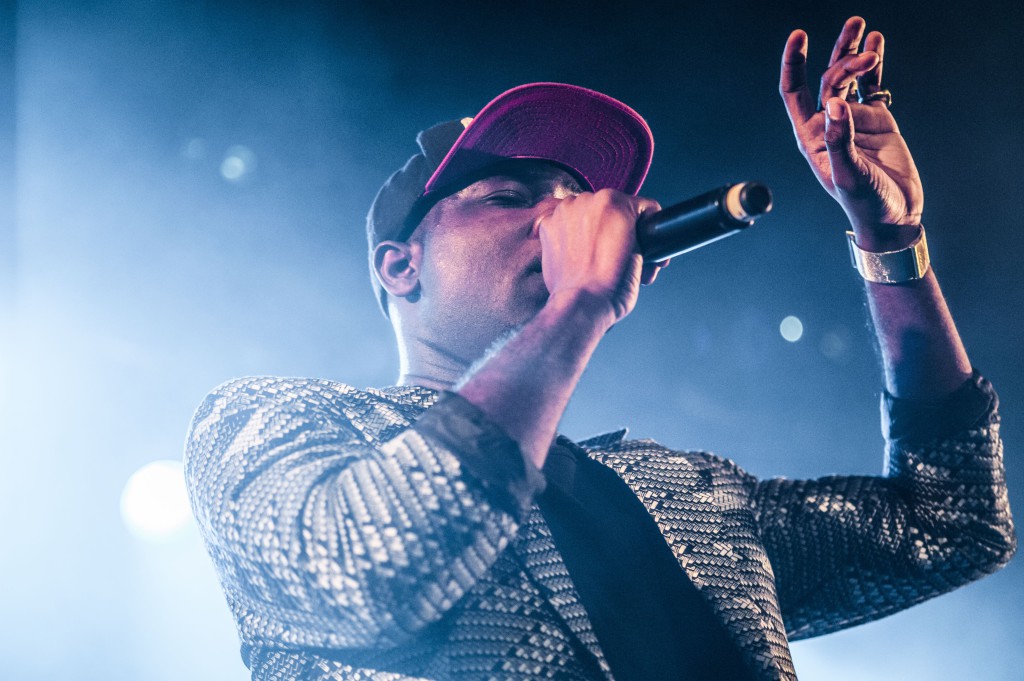 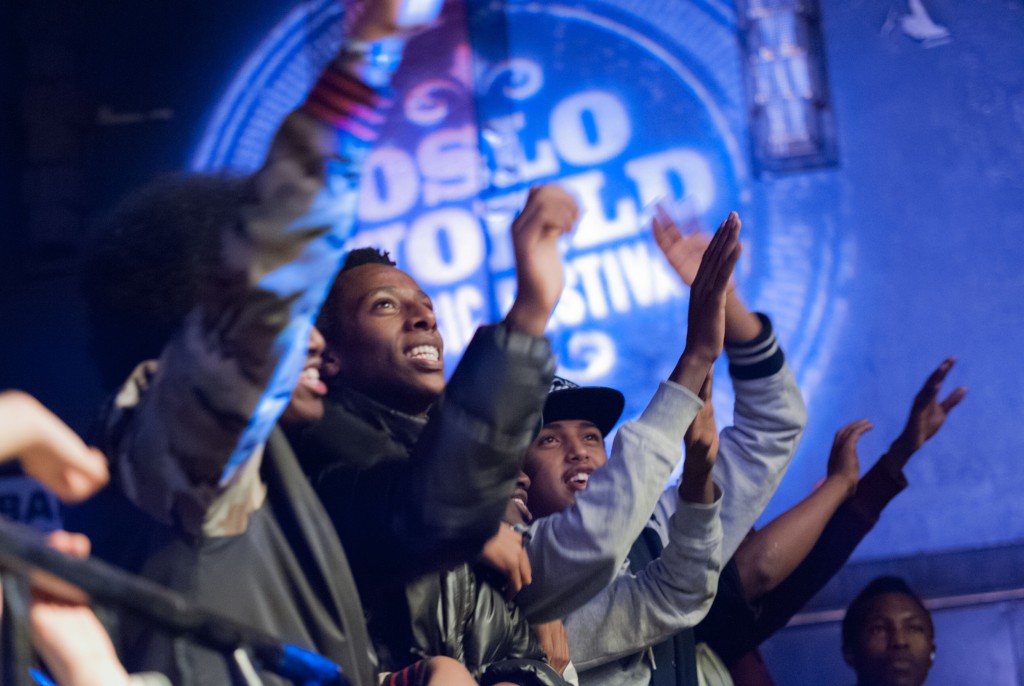 Later that night I found myself in the venue Parktreatret watching Blitz the Ambassador perform songs from his latest album, Afropolitan Dreams.

It’s an album about immigrants in the US and how they have helped to shape and mould that country.

It is a story Blitz knows all too well, as a Ghanaian-born immigrant to the States.

It’s a message that appeared to reverberate around the room and resonate with his teenage audience. 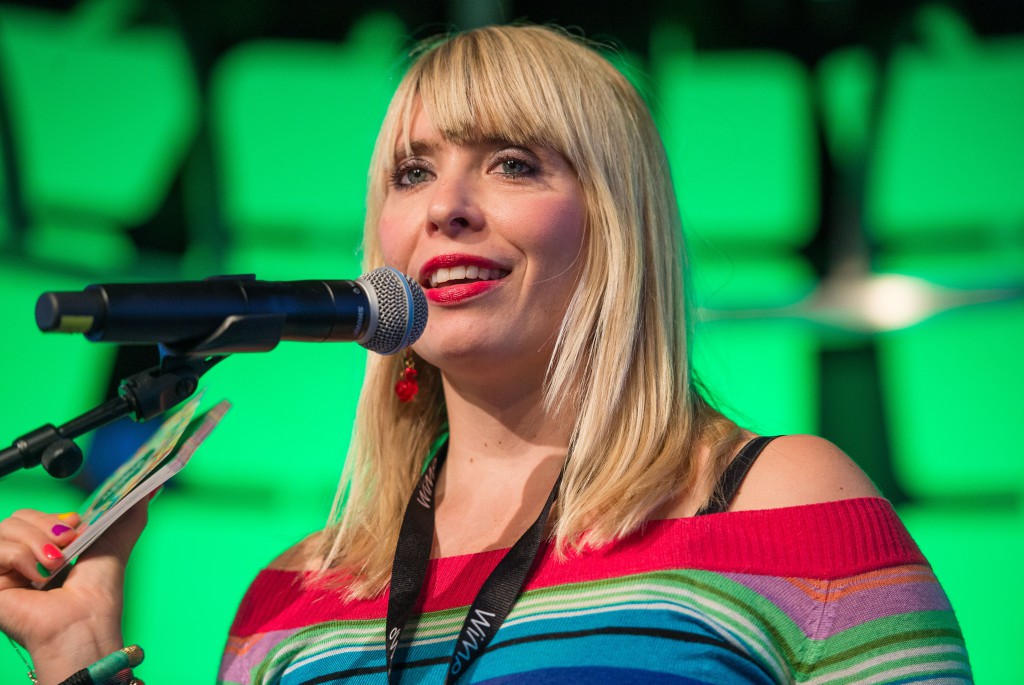 A few days later as the Oslo World Music Festival was wrapping up, I asked festival director Alexandra Archetti Stølen over a drink what the highlights of the 2014 edition of the festival had been for her.

She singled out the opening night concert, which had featured South Africa’s own Hugh Masekela, and the Blitz the Ambassador gig, because of the energy from the teenagers at the show.

“Half of the audience was from immigrant families in Oslo,” said Stølen, “It was great to see the energy they brought to the gig when responding to Blitz the Ambassador.”

I asked Stølen about the rise in conservative right-wing politics in Norway and if she felt the festival increased pressure to convey messages of multiculturalism towards an increasingly inward-looking Norwegian society.

“Yes, we do feel we have a social responsibility,” she said. “This festival is definitely for the good of our society. It has a social consciousness, which is important.

“When the conservative government came into power, we were concerned they would not support us,” said Stølen. “We have realised that [whereas] the Left will always support us, the Right actually needs us. This year was the first time a far-Right politician opened our festival,” added Stølen. 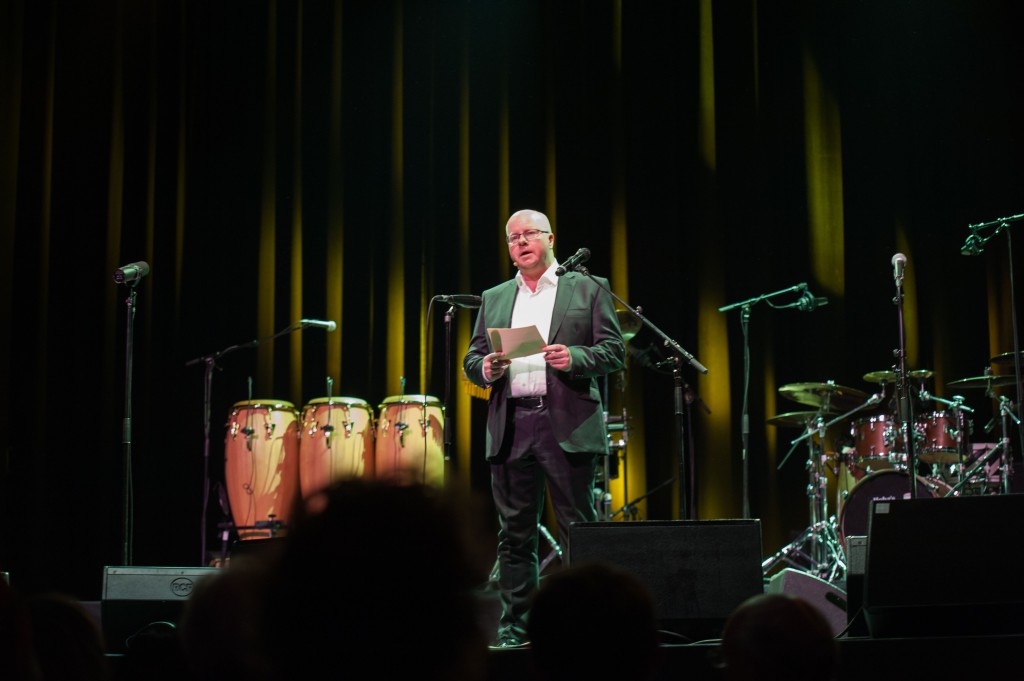 The politician she was referring to was Morten Høglund, the state secretary of the Norwegian ministry of foreign affairs and a member of the Progress Party.

While opening the festival, Høglund had proudly declared that when he heard Masekela was playing the opening concert and would be performing with respected Norwegian jazz musicians Ole Edvard Antonsen and Mathias Eick, he had bought his ticket long before he was asked to open the festival.

I sat in the audience pondering his statement and the obvious conflicts with his party’s politics.

Are Asians, Arabs and Africans only okay when they are entertainment or providing good restaurant options in a city where food prices are exorbitant?

I wondered what he made of Bra Hugh, thanking the crowd for their warm welcome and then stating, “It’s so good to be home in Norway”.

The audience roared with laughter and Bra Hugh continued, “I have a psychological problem where I can’t recognise any borders”.

Bra Hugh would go on to dedicate his next song, Bajabula Bonke (Healing Song), the B-side to his 1968 smash hit Grazing in the Grass, as a song “against borders”.

“It’s about time we stopped our foolishness,” he told the audience. “It’s time to bring down the walls and fences that separate us.”

No one could accuse Masekela of preaching to the converted on that night in Oslo.

In fact, this contradiction between an ever-growing conservative Norwegian society that is anti-immigration and the Oslo World Music Festival – featuring artists from South Africa, Angola, Ghana, Nigeria, Syria, Lebanon, Palestine, Egypt, Iraq, Algeria, Colombia, Niger, Central African Republic, Morocco, Argentina and Peru to name a few – was at the forefront of my mind the entire week. 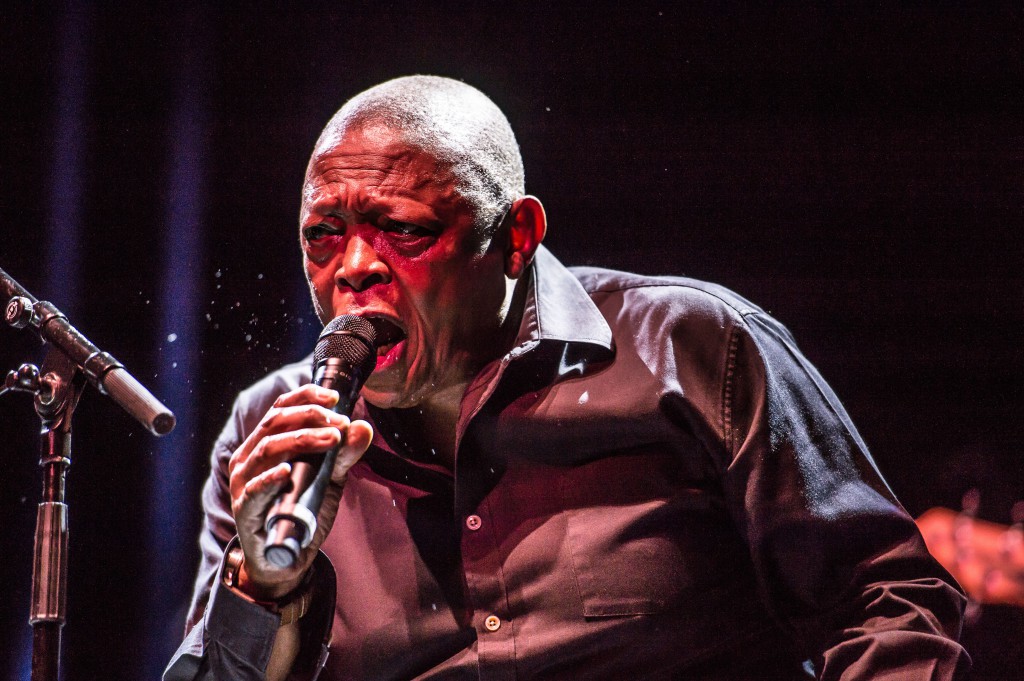 The Akerselva River runs for 8.2km right through the city of Oslo, and while it acts as the city’s green lung, it also acts as border between the west and east sides of the city.

The west is the bourgeois side of the city, where the majority support is for the Conservative Party.

The east is the working class side, home to Oslo’s many immigrants, and is a centre of Labour Party support.

Immigrants from Europe are equally divided between the west and east, but immigrants from Asia and Africa are almost exclusively found in the city’s east.

As soon as I crossed the Akerselva heading east to concert venues like Parktreatret or Cosmopolite, or to find a cheaper restaurant option because food prices in Oslo are out of control, drug dealers offering all types of illegal substances immediately approached.

The further east you walk, the more graffiti and street art you notice.

For a Joburger, it felt like the equivalent of walking east from the gentrified Maboneng precinct into Troyeville.

Going back a few decades, these differences were as vast as 15 years, which crazy when one considers that the Akerselva is so shallow in parts one could call it a stream. 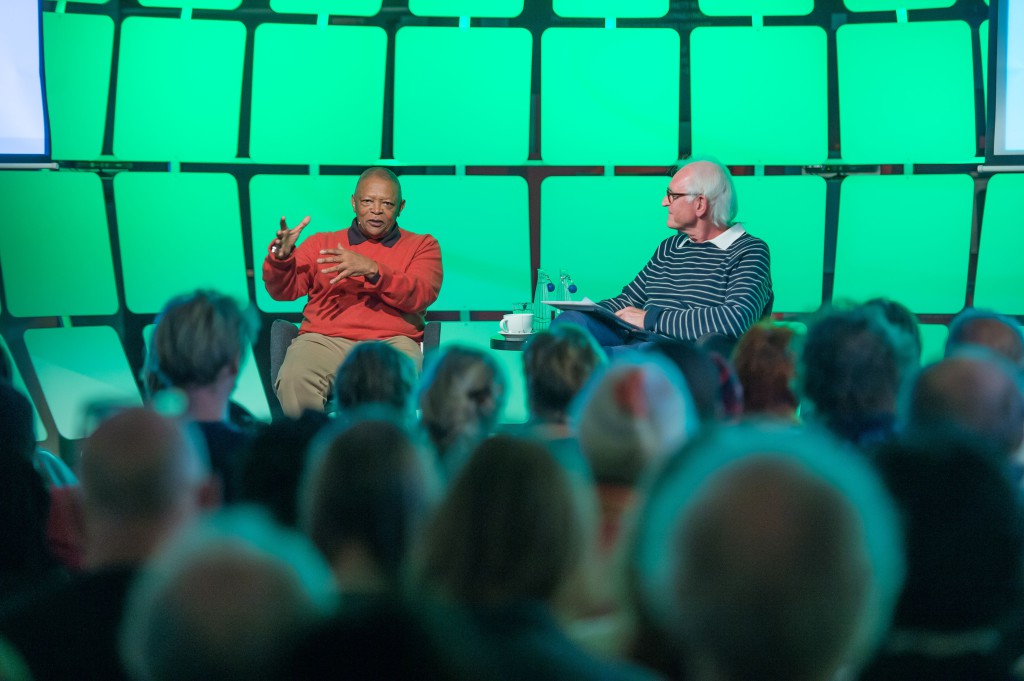 Speaking at the Nobel Peace Centre in the west of Oslo the day after his concert, Bra Hugh again made the point about borders being “overrated”.

Speaking about the number of wars and conflicts being waged around the world in the name of borders, he said, “Sometimes I’m so ashamed to wake up and see the news, I wish I was a dog”.

“You don’t see dogs coming across borders to attack other dogs,” he added. 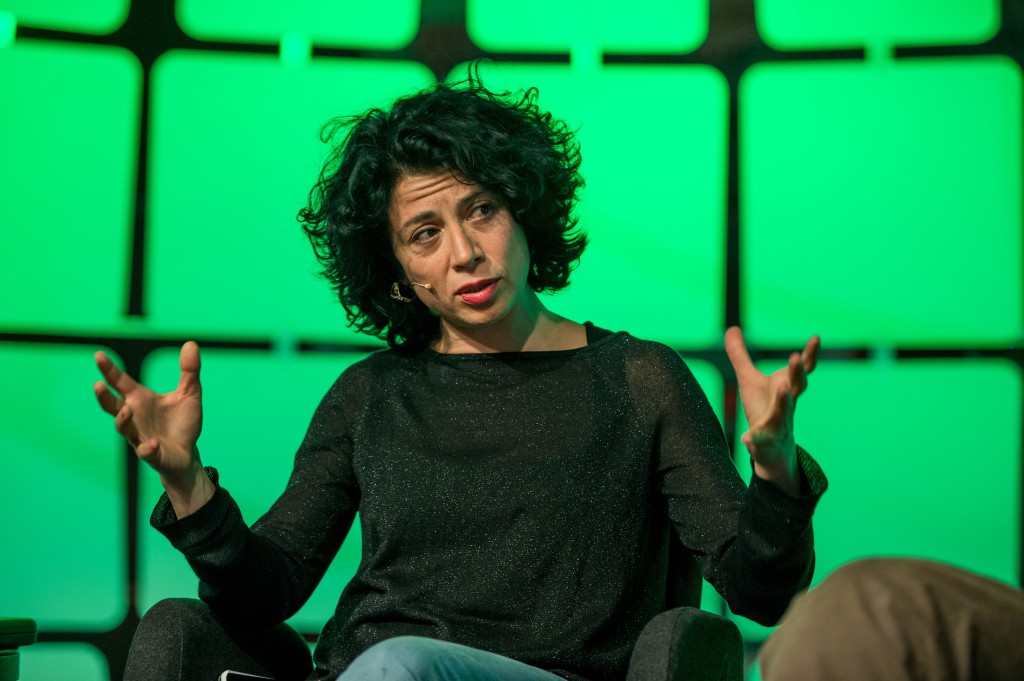 On the same night, another debate took place too under the title “Soundtrack of a Nation”.

During the conversation, which mostly touched on the Arab Spring and music and its role within struggle, Issa made a statement that resonated with me.

“When you want to know about a pulse of a city, listen to its rappers,” she said.

These words were constantly in my head throughout my week in Oslo.

But I’d like to appropriate and remix them for a second: when you want to know about the humanity of a country, speak to its immigrants.

2nd Pic: Siyabonga Mthembu from The Brother Moves On by Bilge Oner

3rd and 4th Pics: Blitz The Ambassador gets a rousing welcome from his young audience by Bilge Oner

6th Pic: Morten Høglund, the state secretary of the Norwegian ministry of foreign affairs and a member of the Progress Party by Bilge Oner