Metres away from the entrance to the Airport Industria depot, the smell of human waste and chemicals is already unbearable. Inside, about 100 people in overalls are emptying portable toilets down a big central drain while others try to clean the floor.

This is where many of the city’s portable toilets are cleaned.

One of the workers offers me her boots, gloves and a mask and waits for me outside while I look around.

Inside the hall that looks like a warehouse, safety boots, gloves, overalls and a mask are essential. Standing on the floor wet with faeces, about 80 people are trying to clean the floor with water pipes while others empty the containers down a big drain in the middle of the hall and take the empty containers to the one side to wash and fill them with chemicals.

The drain is not deep enough to swallow all the waste at once and faeces overflow onto the floor.

Hundreds of containers are waiting to be emptied and more people from different informal settlements keep arriving with more.

The masks might protect you from inhaling chemicals but definitely not from the smell.

These people work here three days a week. On Tuesdays and Thursdays they collect the portable toilets for cleaning and on Mondays, Wednesdays and Fridays they clean them at the depot.

Even at a distance the smell of waste from sealed containers packed in trucks is overwhelming. 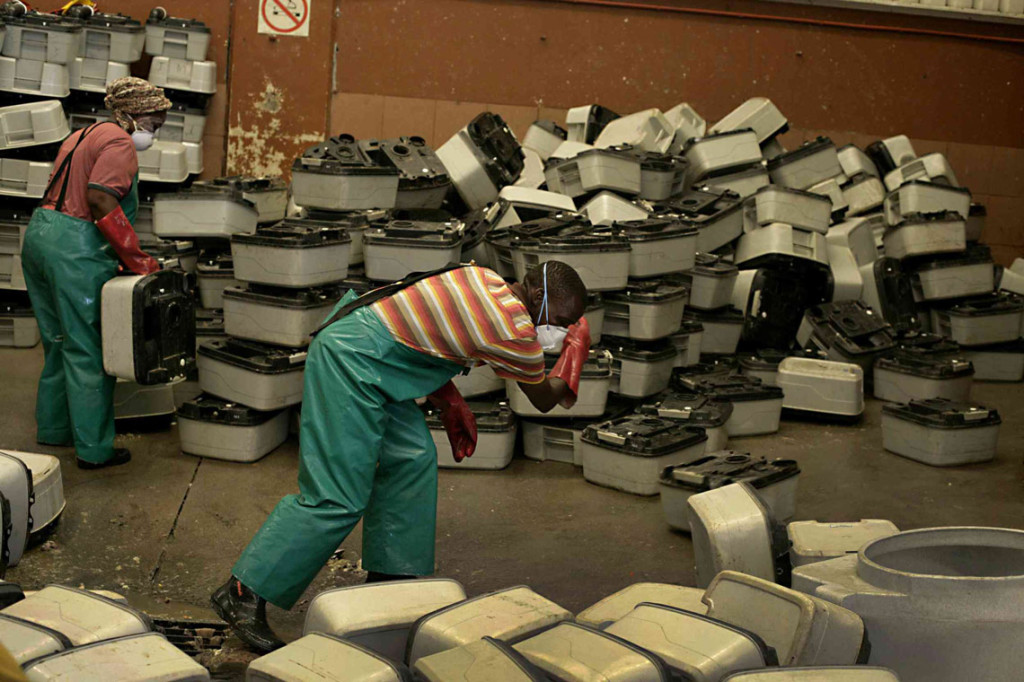 *Nothemba works for Just a Wish Masiphuhle Construction and Cleaners in Khayelitsha, sub-contractors to the City of Cape Town’s main portable toilets contractor Sannicare Services. She says she is now used to the smell.

She says the company built a storage depot in Khayelitsha’s Site C to store the full containers after collection in preparation for the next day, but some residents refused to have “a house full of faeces” in the area and the storage facility was demolished in February this year.

Now Nothemba and four other workers keep the containers at their homes overnight.

“We cannot give them back to our boss. If we did he would take them back and probably give them to someone else who is willing to keep them and we would lose our jobs.

“We divide the containers according to the five of us who live in this area and each keep about 150.”

Just a Wish Masiphuhle owner Mthetheleli Wulana says that he built the storage with Site C residents’ hygiene in mind.

“The main contractor did not have a plan regarding where the containers should be kept. I built the storage because I did not want the children to play with filth.”

“We as the community members had differences that led to people destroying the storage,” he says. “The reason [the workers] keep the toilets with them is that they also do not want to see children playing with them, and it will also be convenient as they would be closer.”

According to Garnett Jefferies, an operations manager at Sannicare, he was not aware about the matter.

“I was informed that community members had a problem with the storage facility and that it would be moved somewhere else, but I was not aware about workers keeping the containers in their houses. I will make sure that I do a follow up on that,” said Jefferies.

Three days a week the containers are packed into a truck and the cleaners follow in a company bus. 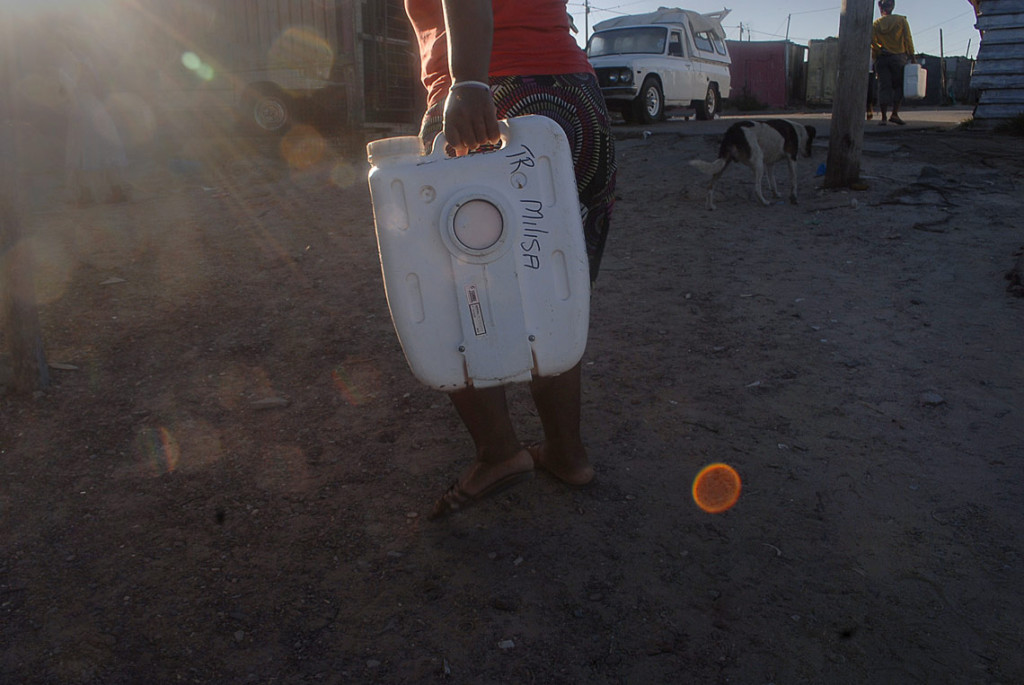 *Bulelwa, who also works for Just a Wish Masiphuhle, says her salary varies according to the number of collection days in the month. The most she has earned so far is R1,800 a month. Collection days are not counted as working days; only days spent cleaning the containers.

“The amount of money that we earn is not enough for the job we do and it’s not easy to ask for a raise because you are afraid that you might get fired,” she says.

*Ayanda, also an employee at Just a Wish Masiphuhle, says when he started this work he could not eat all day. “But now I’m back to my normal eating routine.”

“Some people quit because the job is not easy at all.”

He says the City of Cape Town cannot build any toilets for the Site C community since the land is privately owned. But the portable toilets are better than no toilets, he says.

The workers are inoculated against diseases every three months and the injection lasts for three months.

But there is no way to inoculate them against the smell. When you leave the depot the first thing you want to do is go home and take a long shower. But Nothemba has no shower. When she gets home she spends about two hours filling a tub, washing, and taking some rest, before she can even think about eating. 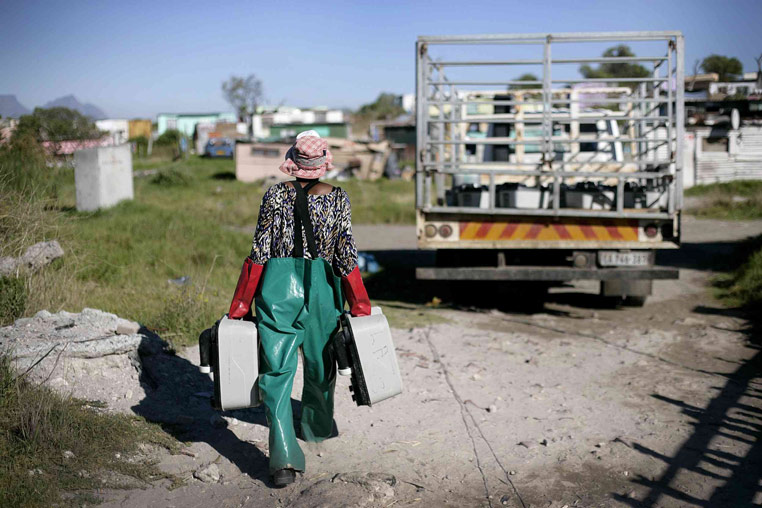 * not their real names

All Photos by Masixole Feni